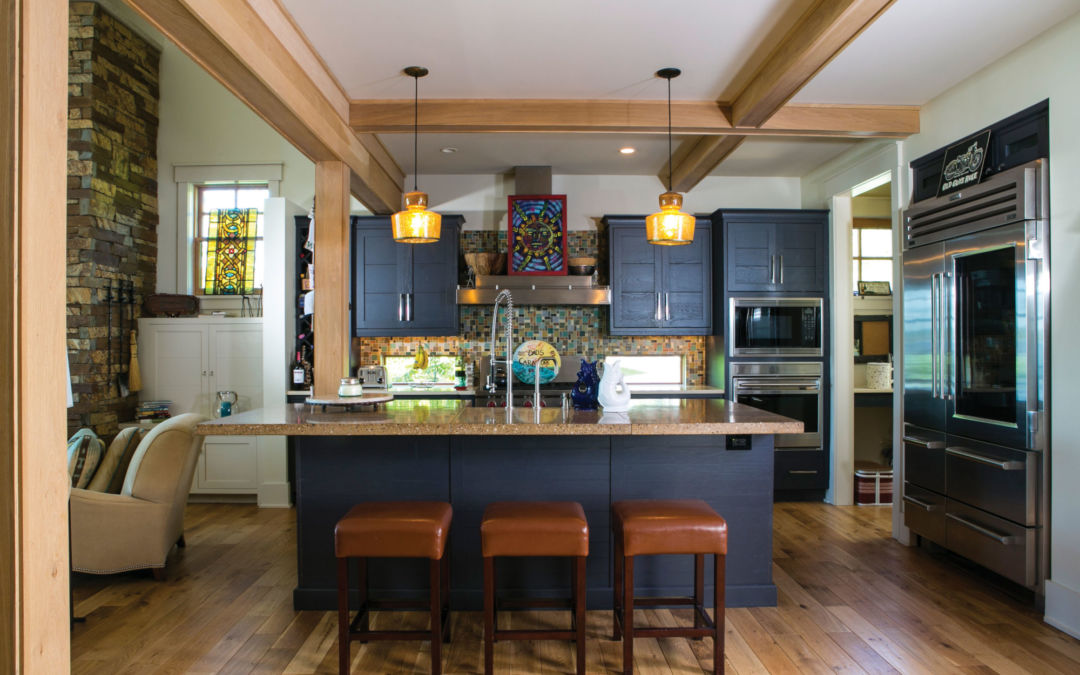 This Lake Charlevoix home was literally raised from the ashes.

This home is featured in the April 2014 issue of Northern Home & Cottage, a bi-monthly home publication included in all subscriptions to Traverse, Northern Michigan’s Magazine. Subscribe! 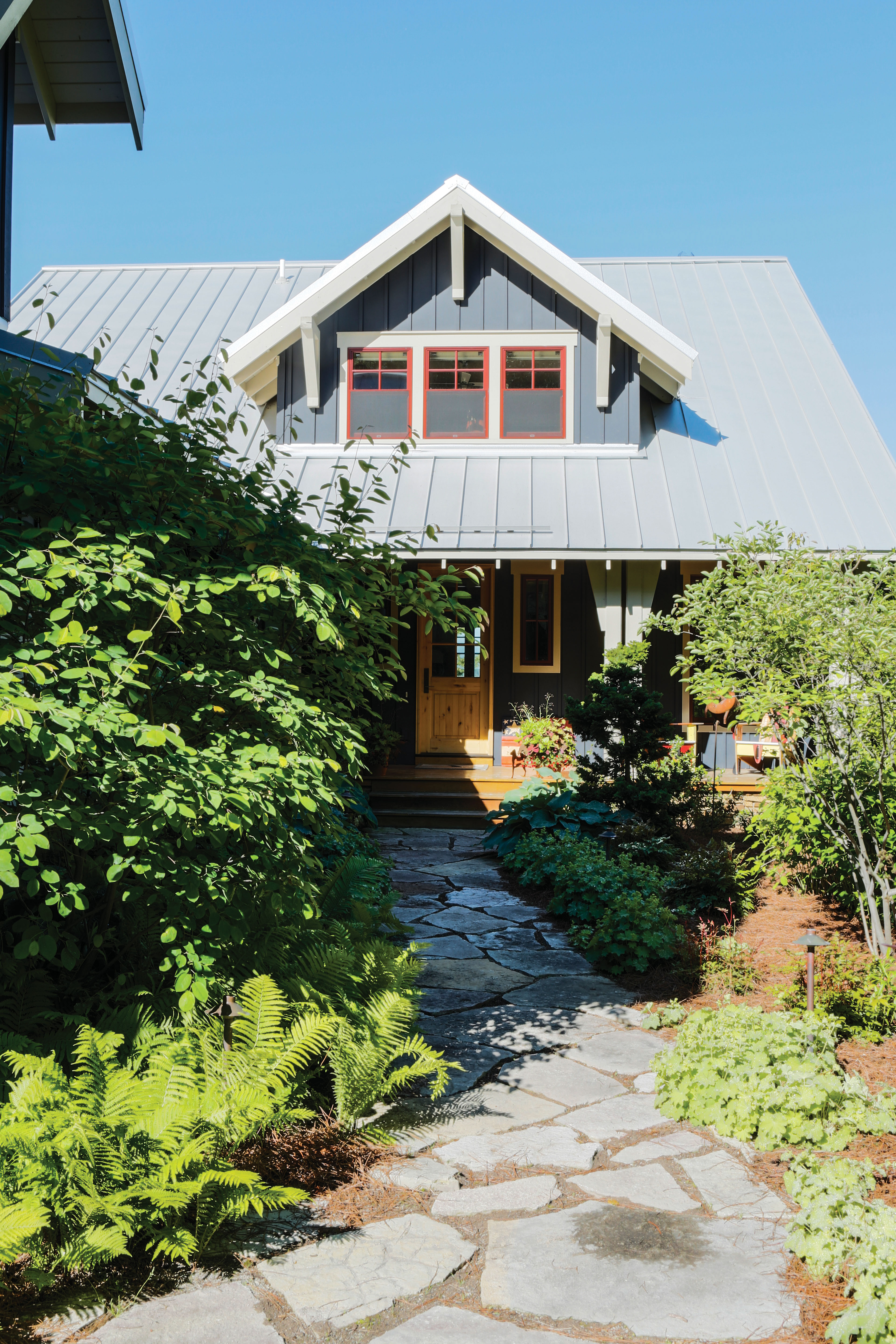 In 2006 Steve and Kate Bratschie finally had done it: they’d renovated the vintage double A-frame style vacation home on Lake Charlevoix that they’d purchased a dozen years before. With a new kitchen and a finished walkout basement, Twin Peaks—what they called the place—was ready for many more years as the Bratschie family cottage. Walls covered in photographs of the four young Bratschie children (Alexandra, Stevi, Ian, and Greer) playing at the cottage told the story of the family’s attachment to it. But before they could enjoy the renovation, one last chore remained: moving heating pipes into Steve’s new office on the lower level. In the process, the home caught fire.

Before it could be stopped flames licked 20 feet into the air, turned ancient trees to ash and melted the siding on the neighbor’s house. The neighbor called Steve to tell him that the house was on fire. Steve’s first thought was of the kids’ photos. “But he told me no one could get within a hundred feet of the house,” Steve recalls. 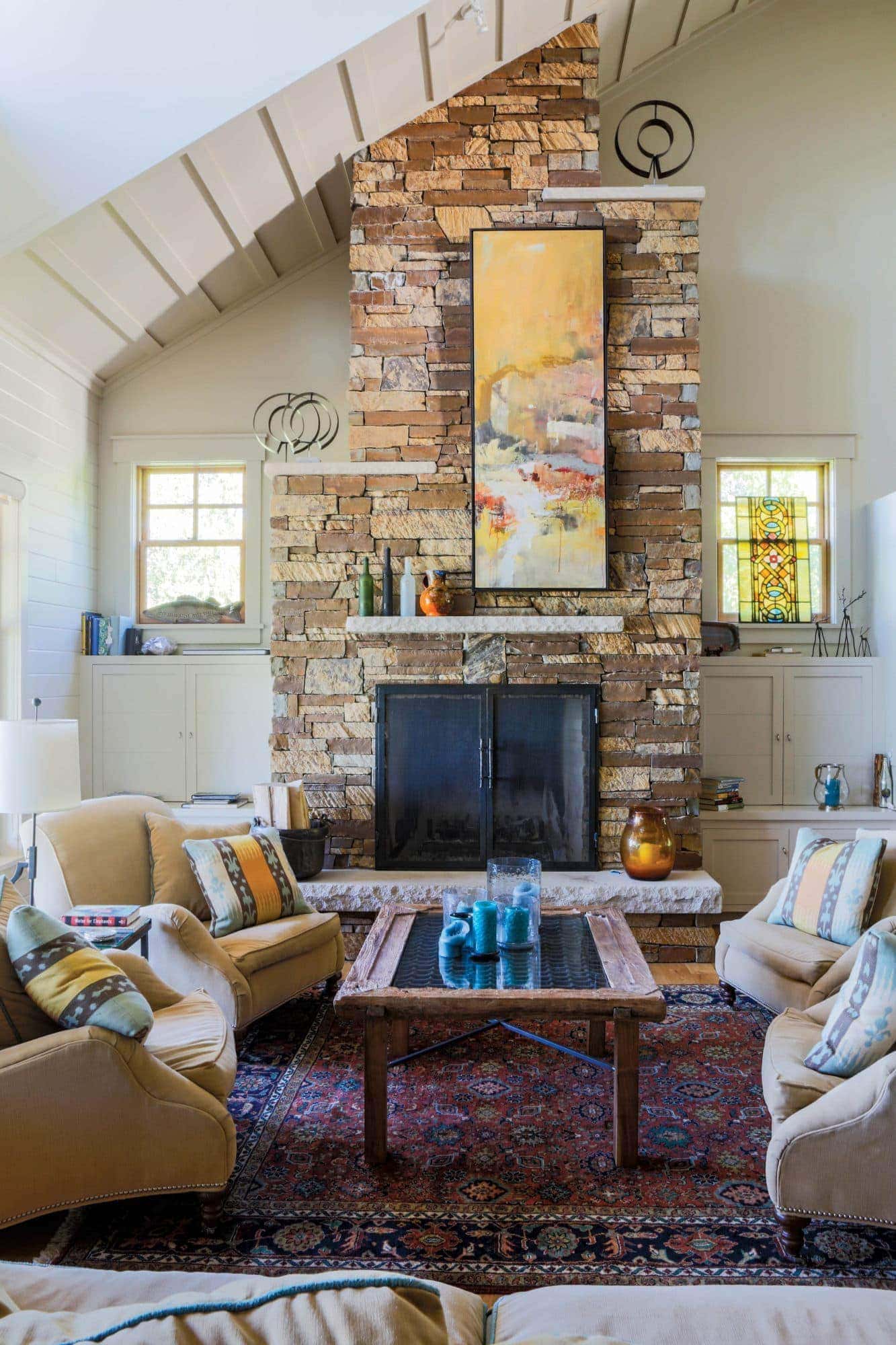 In the end, Steve and Kate agreed that the only real emotional toll of the fire was the lost family photos—all shot before the digital age, they were irreplaceable. They could build a new cottage, so it wasn’t long before Steve and Kate were laying plans. Above all, Kate wanted a cottage that blended into the Lake Charlevoix shoreline and looked like it had been there for decades. And they both wanted their new vacation home to be homey, welcoming to family and friends, and above all, fun.

Working with J. Visser Design, the couple settled on an exterior that evokes an early last-century cottage with details including board and batten siding, eave brackets and brick-red window mullions. Smokey blue cement board siding gives a subtle nod to the lake setting while being exceptionally easy to maintain (more time for relaxing at the lake!), as is the metal roof that tops it all off—thus the new name of the cottage, Tin Peaks. Cooley Contracting kept the construction process hassle free—and in the family: the Bratschies’ brother-in-law, Cooley project manager Don Burmeister, headed it up. 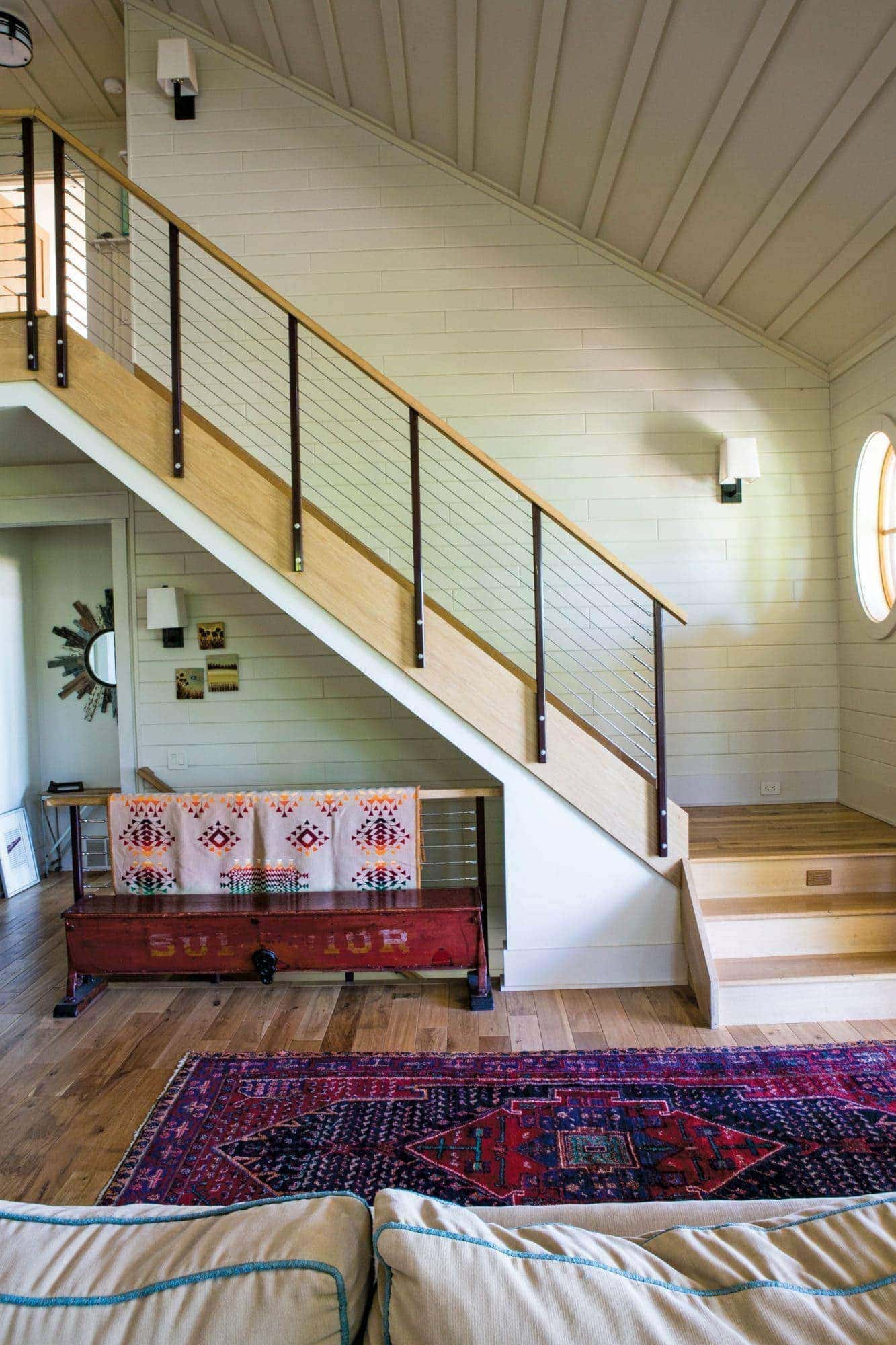 The interior is a seamless rendition of vintage and contemporary elements—thanks to the collaboration between Kate, interior designer Rock Kauffman and kitchen designer Todd Wiley. A white oak floor and ceiling beams speak classic Up North cottage, while a glass tile backsplash and cement countertops in the kitchen bring it up to date. An organic, contemporary stack-stone fireplace with a stepped chimney marries the two looks. The end product couldn’t be more suited to the Bratschies. “They are eclectic, hip people that are very geared to family,” Rock says.

Needless to say, the cottage is fun-central all summer long. When they aren’t on the lake, family and friends gather around the kitchen island, pour drinks, crank up the in-house sound system and rock out. When the party really gets going, Steve says they’ve proven that the cement countertop is sturdy enough for dancing. On a wall nearby, new photos of their kids growing up at Tin Peaks hardly even rattle. 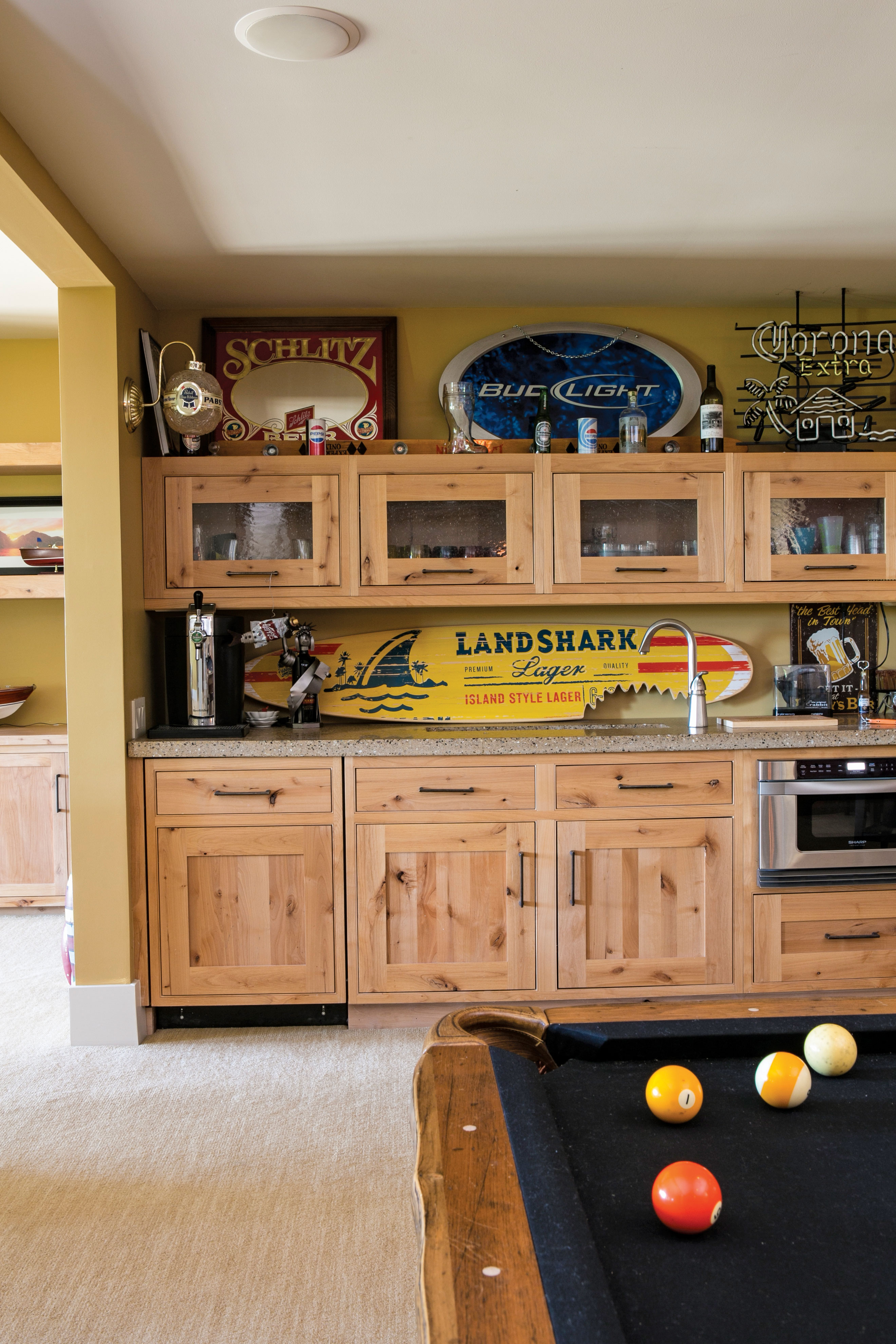 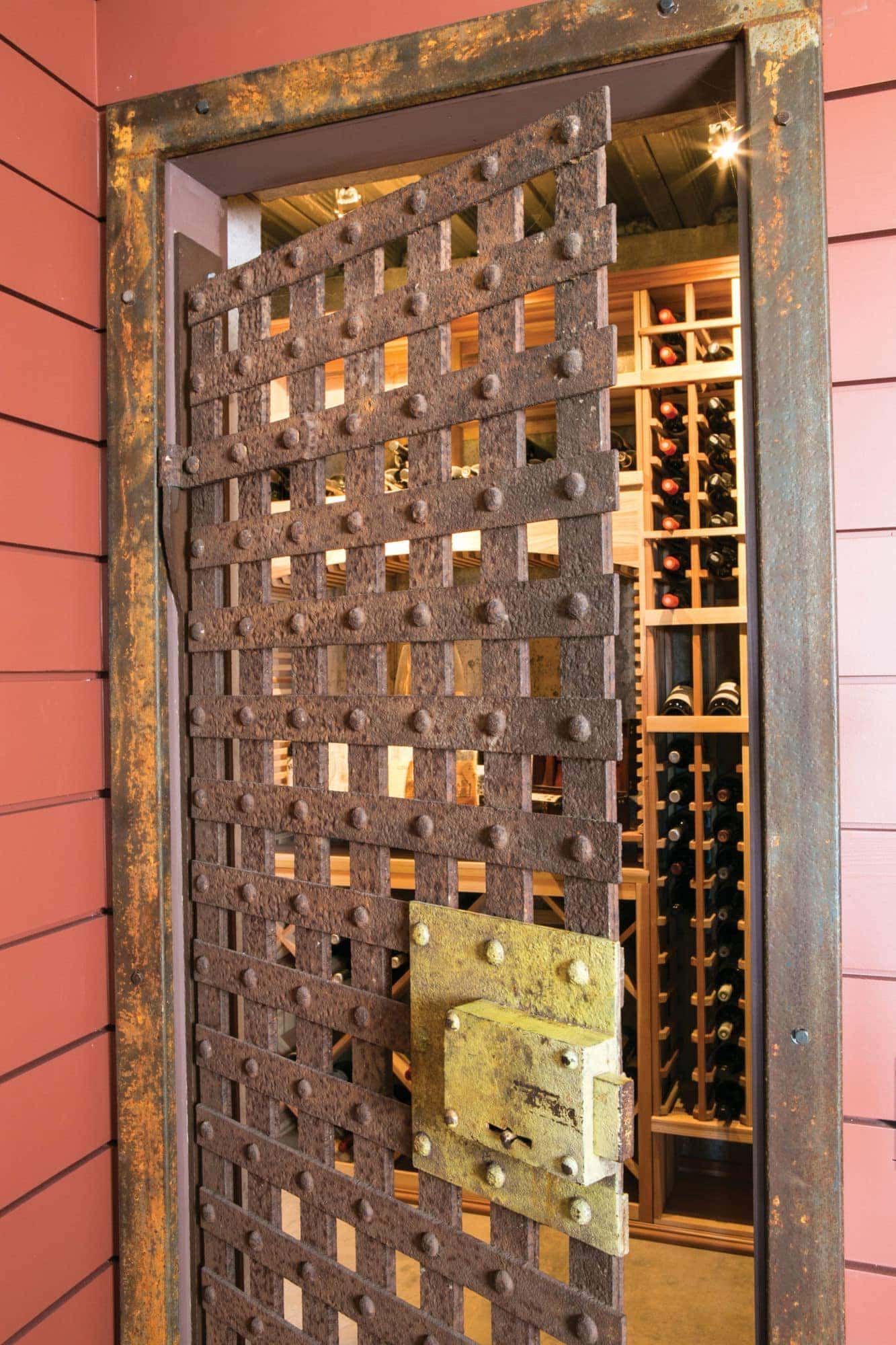 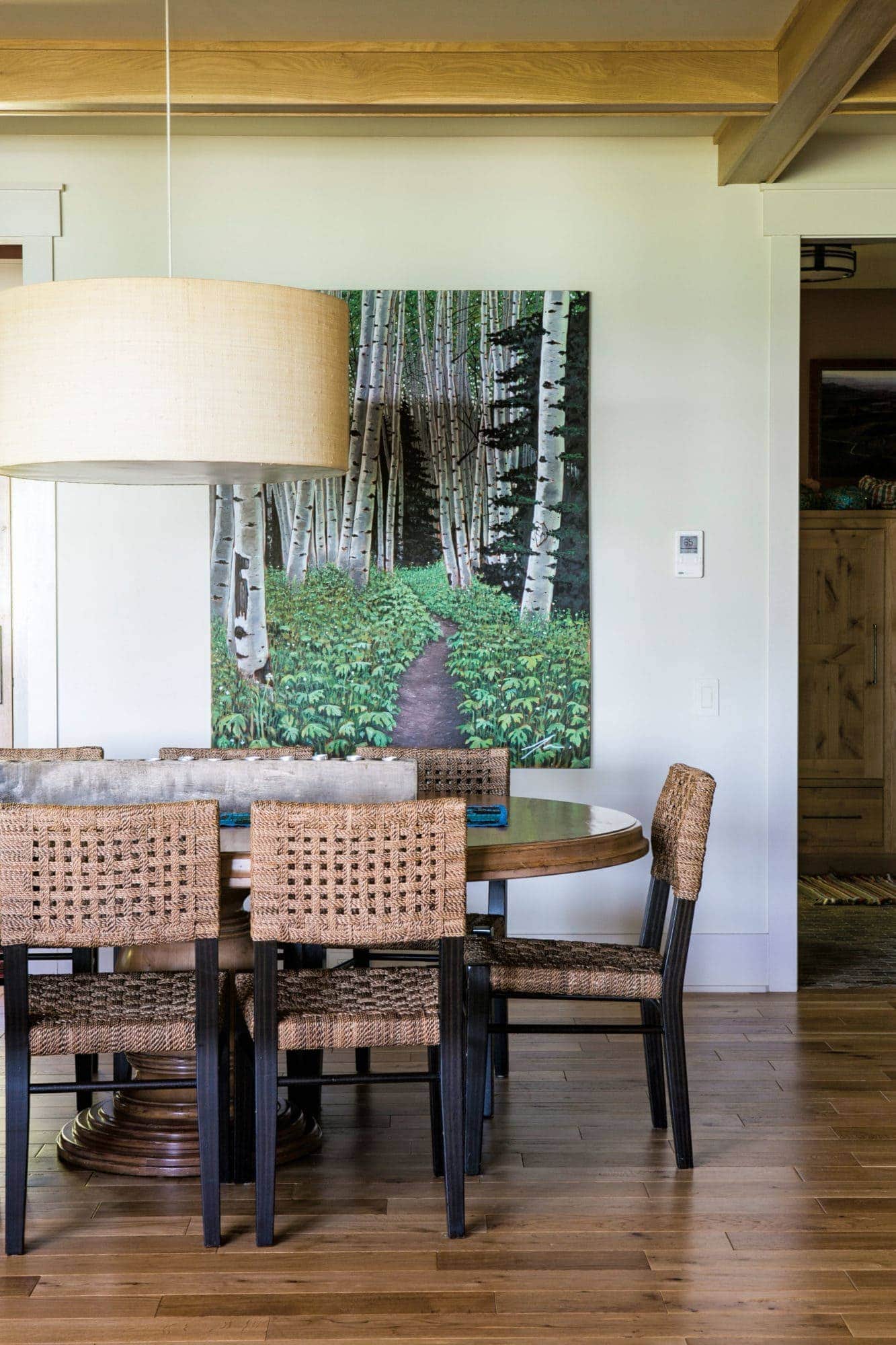 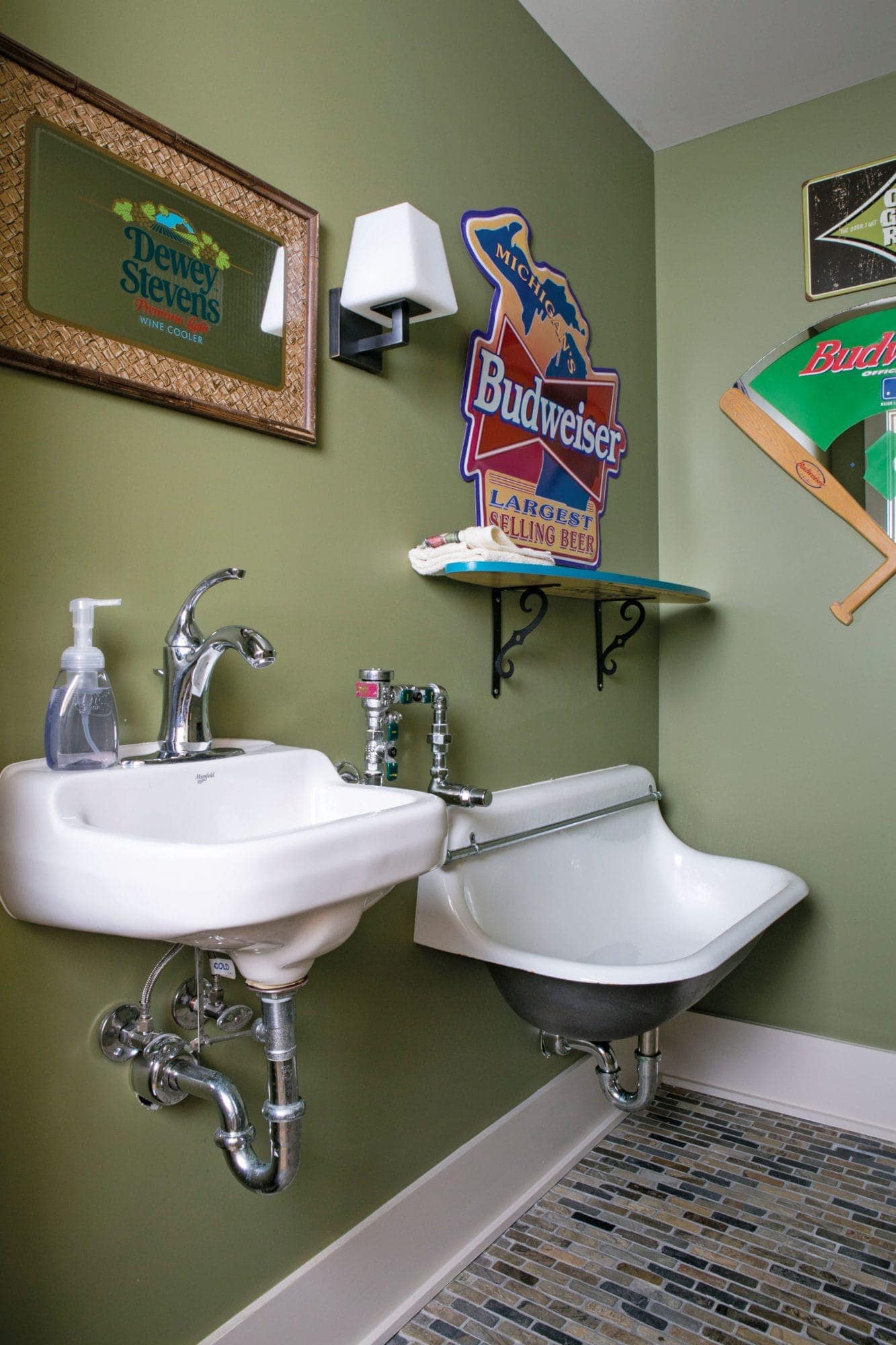 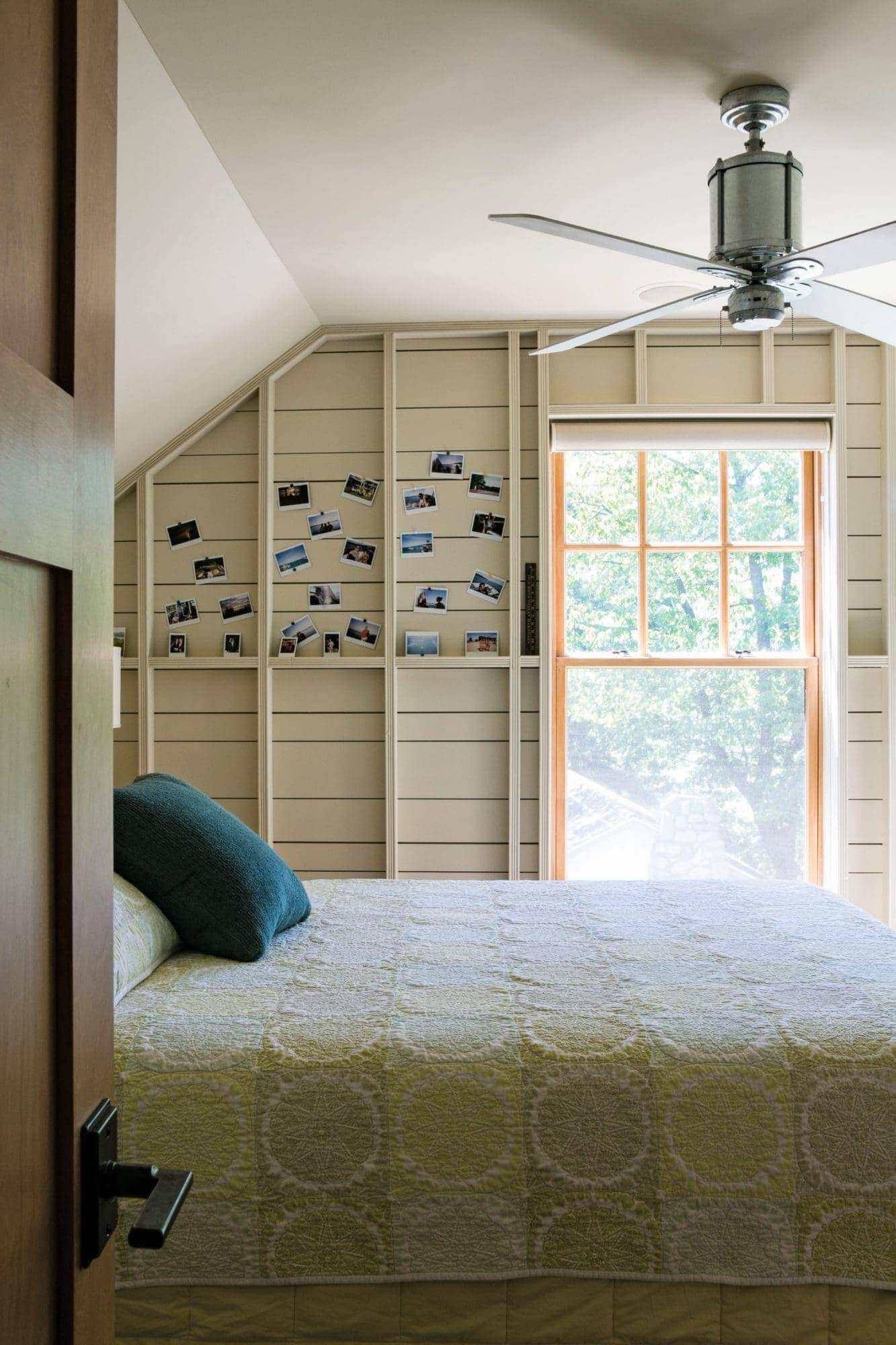