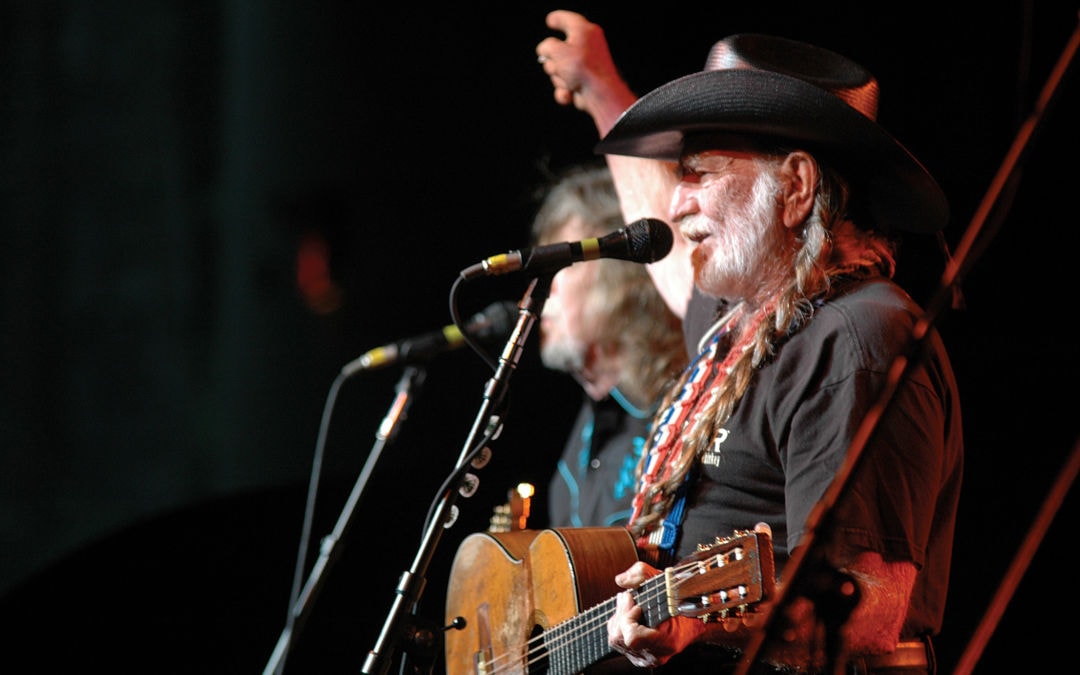 The Interlochen Arts Festival is a bastion of Northern Michigan events. Get your calendars out, folks: the lineup for this favorite Northern Michigan festival is finally here. From Sheryl Crow to Willie Nelson to Steely Dan, this year’s festival schedule is packed with talented, chart-topping musicians. Tickets for the concerts and plays go on sale at 9 am on Friday, April 18th at Tickets.Interlochen.org.

Known for chart-topping hits like “If It Makes You Happy,” “Soak Up the Sun,” “A Change Would Do You Good,” and “Picture,” Sheryl Crow is a nine-time Grammy Award-winner.

With his rich, warm voice and nimble guitar technique, Gordon Lightfoot weaves tales of love and longing in eloquent musical masterpieces including, “If You Could Read My Mind,” “Sundown,” “The Wreck of the Edmund Fitzgerald” and many more.

Interlochen alumna Betty Who blends indie and pop music into an irresistible mix of bold soundscapes, Top 40 hooks and knowing lyrics. Her recent debut EP “The Movement” was welcomed with rave reviews, and Idolator called her the “next great pop star.”

Join Interlochen as we salute our veterans with a free concert featuring the Airmen of Note, the premier jazz ensemble of the United States Air Force.

In his magical farewell to the stage, Shakespeare expertly weaves a tale of vengeance and forgiveness, romance and discovery. Directed by Laura Mittelstaedt and starring William Church, this mystical, humorous and poignant play charts an adventurous journey home through stormy seas.

Armenian jazz pianist Tigran Hamasyan won the Thelonious Monk Jazz Piano Competition in 2006 and was awarded the Vilcek Prize for Creative Promise in Contemporary Music in 2013.  His first album, “A Fable” was honored with a French Grammy.

The WYSO celebrates 50 years of the Interlochen Arts festival with John Williams’ “Happy Birthday Variations.” Then conductor Jung-Ho Pak leads the orchestra in Glinka’s Overture to “Russlan and Ludmilla” and Hanson’s Symphony No. 2, “Romantic” – including the Interlochen Theme.

With legendary hits like “Something to Talk About” and “I Can’t Make You Love Me,” American blues singer-songwriter and slide guitar player Bonnie Raitt is a nine-time Grammy Award-winner.

Legendary banjo virtuoso Béla Fleck teams up with the unsurpassably inventive string quartet Brooklyn Rider for an evening of music that will slip seamlessly between the diverse worlds of American roots and classical music.

Taking a stab at anyone within reach of their verbal swords, these Washington insiders present sketches and parody songs based on current events – and the latest scandals from Capitol Hill – that will win everyone’s vote of approval.

One of Interlochen’s most popular events, “Collage” is a rapid-fire sampler of student performances, encompassing music, dance, theatre, creative writing, film and visual arts. Come early for pre-concert activities on the mall.

As the frontman of Hootie & the Blowfish, Darius Rucker was one of the most popular musicians in the mid-’90s. But with recent hits like “Wagon Wheel” and “Don’t Think I Don’t Think About It,” he has cemented himself as a country music star.

Jackson Browne has written and performed some of the most literate and moving songs in popular music and has defined a genre of songwriting charged with honesty, emotion and personal politics.

Michael Cooper spins tales and weaves stories using an unusual and colorful cast of characters. Creating a world where dogs wear hats, wild stallions are tamed, giant noses sneeze and fish bait candy to catch children in a pond, this is a great show for all ages.

Joshua Bell will join the WYSO and guest conductor Erik Nielsen as they present Mendelssohn’s “Violin Concerto in E minor, Op. 64.” Nielsen will lead the orchestra in performances of Humperdinck’s “Overture to Hänsel und Gretel” and Debussy’s “La Mer.”

The hysterical Broadway’s Next H!T Musical is the only unscripted theatrical awards show. Master improvisers gather suggestions from the audience and create a spontaneous evening of music, humor and laughter with a full blown improvised musical.

Two of country music’s most iconic talents in one stop! Music legends Willie Nelson & Family and Alison Krauss & Union Station will share the stage together for the first time. And to top it off, celebrated songwriter Jason Isbell will open the show at 7 p.m.

Join the Cavani String Quartet for performances of Dvorak’s “American String Quartet, opus 96 in F Major,” Charles Washington’s “Midnight Child” and Bartok’s “String Quartet No. 3” in honor of the 50th anniversary of the Interlochen Arts Festival.

Five for Fighting is an American singer-songwriter known for his piano-based rock, such as the Top 40 hits “Superman,” “100 Years” and “The Riddle.” He will perform with an all-star orchestra including several Interlochen musicians.

John Axelrod was appointed in 2011 as Principal Conductor of Orchestra Sinfonica di Milano Giuseppe Verdi. He will lead the WYSO in a performance of Brahms’ “Symphony No. 4 in E Minor.”

Ray LaMontagne is an award-winning singer-songwriter and global festival favorite. His husky vocals and sensual lyrics have helped him carve a niche in a competitive genre, with a growing, devoted fan base as testament to his musical talents and appeal.

Multi-talented country singer-songwriter Gary Allan made his debut in 1996 with the release of his first hit single, “Her Man.” A string of hits followed, including “It Would Be You,” “Right Where I Need To Be” and “The One,” just to name a few.

Ani Kavafian returns to the WYSO as part of the Interlochen Arts Festival 50th Anniversary celebrations to perform her 1964 concerto competition award-winning piece, Saint-Saëns’ “Introduction and Rondo Capriccioso.” Guest conductor JoAnn Falletta will also lead the orchestra in a performance of Tchaikovsky’s “Symphony No. 5.”

This international smash-hit may be the most popular musical in the world. Epic, grand and uplifting, “Les Misėrables” packs an emotional wallop that has thrilled audiences all over the world.

With a “Best Chamber Music Performance” Grammy nomination, the Enso String Quartet is one of the nation’s most accomplished young string quartets. The quartet was founded at Yale University in 1999.

Steely Dan has sold more than 30 million albums worldwide and helped define the soundtrack of the ‘70s with hits such as “Reelin’ in the Years,” “Rikki Don’t Lose That Number,” “Deacon Blues” and more.