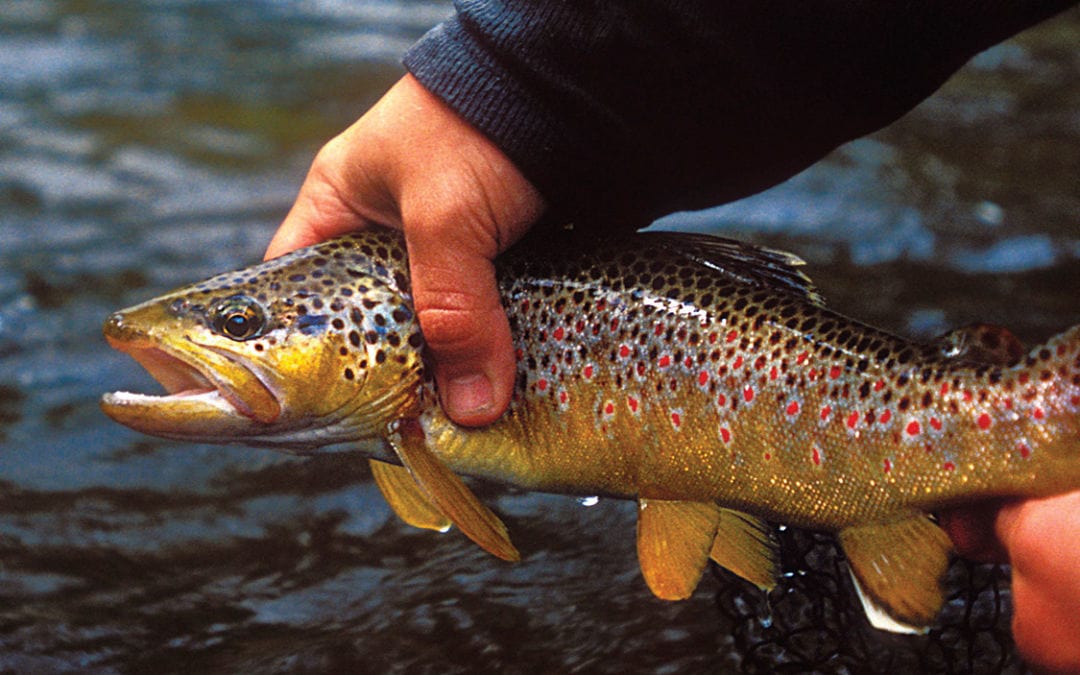 The opening day of trout season has come and gone and with it so has the large crowd of anglers that come North to partake in all the opening day festivities. Thank you to everyone that attended one of the many local events and helped to make the weekend another successful opener.

Fishing remained stodgy over the opening weekend but just like clockwork, when everyone left, the fishing picked up early in the week and has simply continued to improve. We saw the first emergence of the Hendrickson hatch last Monday and though the numbers were sparse, it started and will just get stronger through the coming days. Expect that hatch to be rolling before my next report. 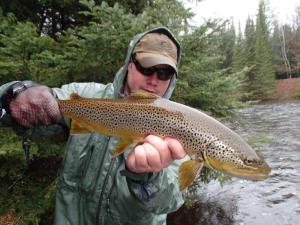 Streamer fishing remains the greatest game to play in Northern Michigan, and that is especially true on the lower stretches on our rivers. The trophy waters below Mio are flat fishing. The boys from the shop took a rare guide’s day off and wore ‘em out down there. They boated six fish over 20 inches and the best measured over 26 inches and seven and a half pounds. The picture (to the left) of that brown trout doesn’t even look real . . . long and thick all the way through its inches. It is truly a fish of a lifetime. Congratulations to our friend Josh Nethers…