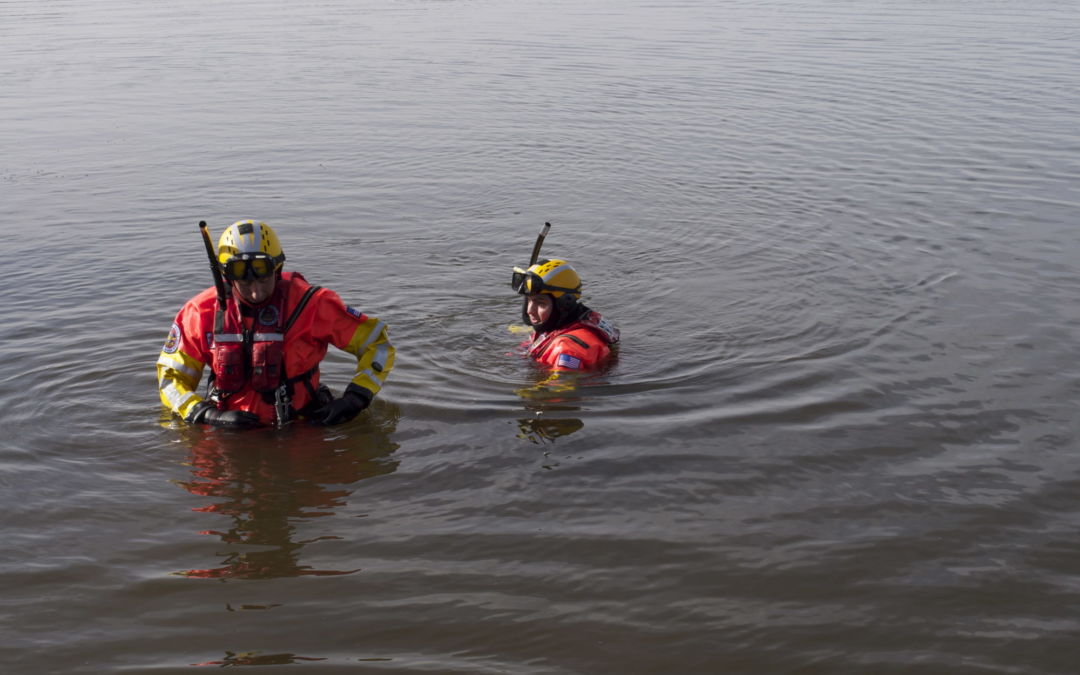 A new trend on Facebook has the Coast Guard concerned about cold water safety in Northern Michigan’s outdoors, especially since the social media frenzy has resulted in a Michigan man being paralyzed after participating. It’s called the ‘Cold Water Challenge,’ and it appears to support charities at first glance. The challenge works as a chain of dares between friends: through Facebook, one person will call out a friend to either jump into a body of cold water or fork over $100 to charity.  Then, while being filmed on the beach, the person challenged will complete the dare by jumping into a cold lake, but only after daring another friend to take the challenge or pay $100.  Thus, the chain of dares is perpetuated, and those friends mentioned in the video will repeat the cycle on film.

Cold water immersion should occur slowly to minimize the shock to the body and to prevent impact trauma. If a swimmer enters cold water too quickly, his or her body reacts to the rapid skin cooling with a sudden and involuntary gasp, which can bring water into the lungs if the swimmer’s head is submerged. Even if the swimmer’s head is above the water, the shock can cause hyperventilation and fainting, which may result in drowning.

How swimmers enter the water is critically important, too. Recently, an individual participating in the challenge in Sturgis, MI, suffered a severe neck injury after he dove into shallow lake and became paralyzed. Entering the water feet-first will significantly decrease the risk, as will entering the water by walking instead of jumping.

Go With Friends—Friends That Are Hypothermia and CPR Experts

At best, the average cold-water challenge includes the challenger and someone holding the camera.  At worst, the challenger has personally set up a camera to record his or her solo entrance into the frigid water. Don’t swim alone, and take more people than just a friend with a camera. Ensure someone in the group knows both the signs of hypothermia and treatments recommended by the Red Cross, and that someone in the party has the means to reach the swimmer without entering the water.

This trend is much different than other charity-sanctioned cold water plunges like the Polar Plunge for Special Olympics. For these events, the charity raises funds before anyone goes in the water. And when participants do go in, there are medical professionals present at each event with emergency vehicles to transport injured or hypothermic individuals to the nearest medical treatment facility. Many Polar Plunge events utilize volunteer police or Navy divers to assist participants should they succumb to cold exposure. Even small decreases of water temperature can significantly impact functional time and survival time.

“The Coast Guard cannot prevent individuals from participating in the challenge, and that is not our goal,” says Master Chief Petty Officer Robert Pump, officer in charge of Coast Guard Station Duluth, Minnesota, and a trained ice rescuer.

“Our personnel have ice rescue experience and, as a part of our training, we spend time in very cold and icy water. We know how dangerous these conditions can be. By making ‘challengers’ aware of the hazards involved and how their bodies may react to cold water immersion, it is my hope that we may prevent injury or death.”