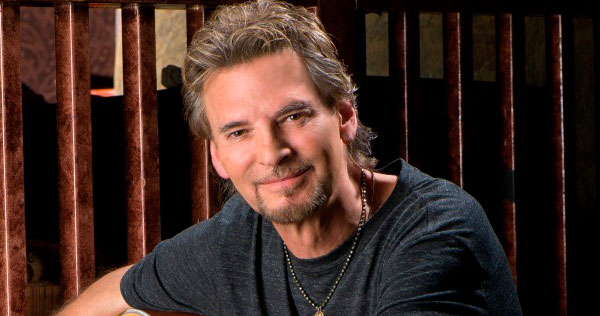 You can get a headstart on summer this year when the Beach Boys kick off Memorial Day weekend at Odawa Casino in Petoskey with a Northern Michigan concert event. The ambassadors of fun, fun, fun will take the stage Friday, May 23rd, filling Ovation Hall with their signature harmonies. Patrons can continue to “Soak Up the Sounds” the rest of the summer at Odawa Casino with events featuring the likes of Kenny Loggins, Kenny Rogers and other classic entertainers. General Manager David Wolf is enthused about the slate of music and stage entertainers. “This season is going to be fantastic. We are changing things up a bit, and this season will be one to remember,” he says.

The Beach Boys have been providing the soundtrack for summers for over 50 years. Original member Mike Love leads the group, renowned for its vocal harmonies and hits like “Good Vibrations,” “Surfin’ Safari” and “In My Room.” Then it’s on to the bluesy rock of Jonny Lang, appearing on Friday, June 20th. Lang first came to notice 16 years ago as a teenage blues sensation with his smoky hit “Lie to Me.”  Since then, he has gone on to win a Grammy Award and tour with the Rolling Stones, Buddy Guy, Aerosmith, B.B. King, Blues Traveler, Jeff Beck and Sting. In 1999, he was invited to play for a White House audience including President and Mrs. Clinton.

Southern rock mainstays 38 Special take the stage a week later, June 27th. Formed in 1974, the band continues to delight fans with arena-rock hits like “Hold On Loosely,” “Rockin’ Into the Night” and “Caught Up in You.” The next month, what better place to find the Gambler himself than at a casino? That takes place when country star Kenny Rogers performs July 18th.

August gets wild and footloose with Kenny Loggins. The hitmaker has been a pop and rock mainstay since his partnership with Jim Messina in the 70s launched his career. He’ll perform hits like “Danger Zone” and “House at Pooh Corner” August 1st. Country hearthrob Easton Corbin burst on the scene in 2009 with not one, but two, #1 singles, “A Little More Country Than That” and “Roll With It.” Throw in his Top 15 hit, “I Can’t Love You Back,” and a new star was topping the charts. He performs August 22nd.  The month concludes August 24th with comedian Ron “Tater Salad” White. The cigar-smoking, Scotch-drinking funnyman boasts three of the top rated one-hour TV specials in Comedy Central history and CD and DVD sales of over 10 million. The season ends September 27th with The Ultimate Legends Show, featuring tributes to Rod Stewart, Neil Diamond, Elton John and Johnny Cash.

For more information on these performances, including times and ticket prices, go to OdawaCasino.com. Tickets can be purchased at StarTickets.com or by calling Star Tickets at 800.585.3737, or at the casino.