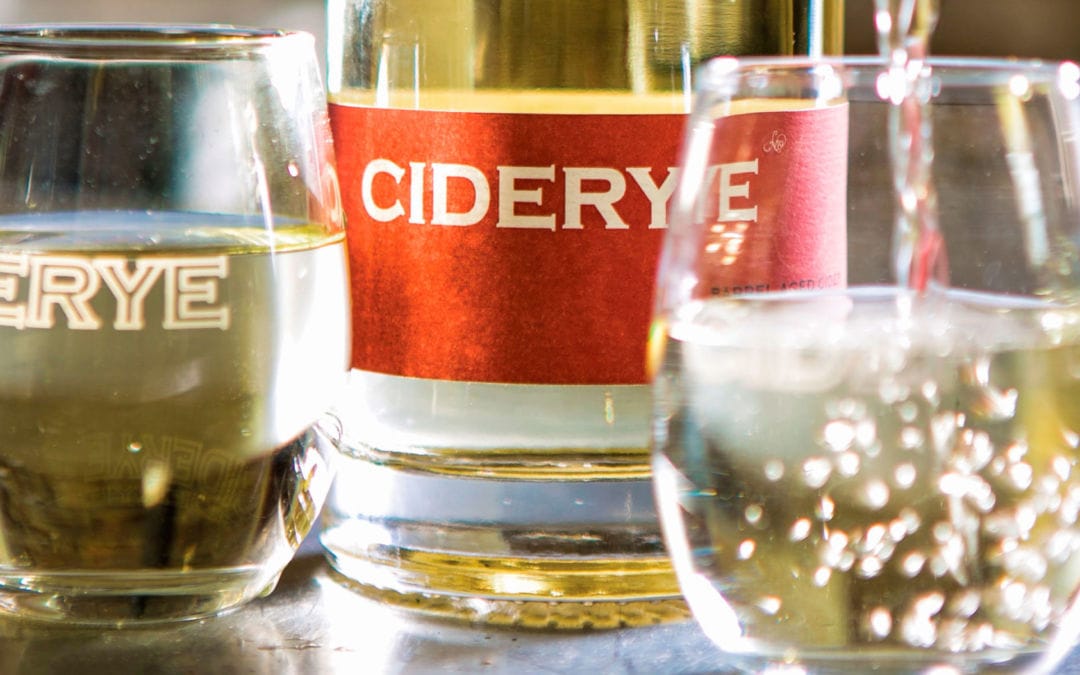 Between the prominent beer and wine markets within Northern Michigan, there’s a third wheel inching its way into the glasses of thirsty Northern Michiganders: cider.  With the country’s third largest apple crop and access to dozens of heirloom varieties, the Mitten has emerged as a leader in America’s hard cider revival.

Our founding fathers’ mainstay libation and the impetus for orchards from coast to coast, hard cider has only recently recovered from its Prohibition smackdown, but is back with an apple-y vengeance as craft cideries proliferate and offer a complex counterpoint to the mass market apple fizz found on tap everywhere. Northern Michigan hard ciders occupy a sweet spot on the booze spectrum and pose as an alternative to beer as a low-alcohol, gluten-free session beverage while harnessing the nuances of varietal, yeast and barrel influence often found in wine.

The following round-up was first featured in the April 2014 edition of Traverse, Northern Michigan’s Magazine.

Local cider styles use wild apples and cultivated varieties like Honeycrisp and northern spy to occupy a range from slightly sweet, fizzy and fruit-driven to yeasty, bone-dry farmhouse bottlings.  Here are 7 ciders from all over Northern Michigan—Suttons Bay, Traverse City, and every corner of Leelanau County—that display the full range of flavors that a cider can have:

Aging in rye whiskey barrels lends complexity and nuance to this crisply delicious hard cider, from a farm selling certified organic products since 2001.

A blend of seven heirloom apple varieties rounds out the flavor delivery of this cider stalwart that starts crisp and finishes dry.

The bright orchard essence of Michigan pears is captured in this medium-dry perry from Chaos, Verterra Winery’s sister project.

Fermented dry from organic, heirloom apples, this cider gains its delicious sweetness from a soupçon of unfermented apple juice Forty-Five North adds back to the mélange.

Getting its complex verve from 15 varieties, including the rare heirloom Fameuse, or Snow Apple, cider guru Dan Young calls this near-dry bottling “the ultimate food cider.”

Take A Tour Of Tandem Ciders: