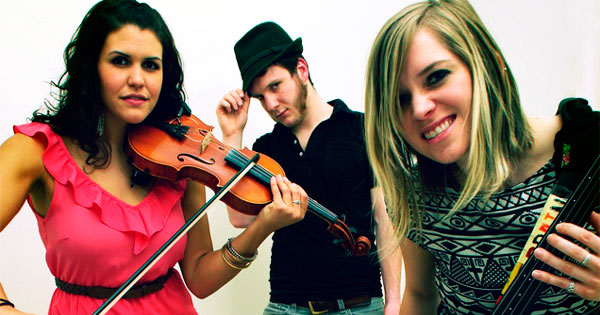 Concert bands, string groups, roots music, world music – the Manitou Music Festival promises a little something for everyone this summer with their lineup of festival events. The Northern Michigan music series matches music to the beauty of the settings at the Sleeping Bear Sand Dunes, the Homestead Resort, at the Studio Stage outside the Lake Street Studios in Glen Arbor, and other venues near the Sleeping Bear Dunes National Lakeshore.

The season begins July 3rd with the Northport Community Band. The group was established – or perhaps more accurately, resurrected – 20 years ago by retired MSU Director of Bands Ken Bloomquist and is now directed by retired West Virginia Director of Bands Don Wilcox. The members of the band range in age from 14 to 87. It will present a program of patriotic music in celebration of Independence Day on the lawn of the Old School House in Glen Arbor. This traditional kickoff show is free of charge and begins at 7 pm.

Ten days later, music enthusiasts and outdoor lovers can rendezvous at the sand dunes off M109. The annual Dune Climb concert will feature Moxie Strings, the duo of fiddler Diana Ladio and cellist Alison Lynn. They’ll be joined by percussionist Fritz McGirr. Moxie Strings is rooted in the Celtic and Americana traditions of acoustic music, but played with the spirit of modern rock. The high-energy show puts a fresh spin on the music, with its feel-good melodies and foot-stomping rhythms. It too is a free concert, beginning at 7 pm on July 13th.

Take A Video Tour Of The Dune Climb:

Flamenco fans will be in luck on July 24. Guitarist Ronald Radford will perform at the top of the hill at the Homestead, beginning at 7 pm. The only person to be awarded a Fulbright Scholarship to Spain in Flamenco guitar, Radford has studied with Andres Segovia, Pepe Romero and Carlos Montoya. He’s performed to acclaim on four continents. His flamenco encompasses many styles, from haunting Gypsy melodies to fiery Spanish dance rhythms, and evokes praise from audiences who enjoy everything from rock to jazz and bluegrass. Tickets to the show are $18 and $20.

The month concludes with two more concerts of traditional music, albeit in different genres. The Wilenes bring back the golden days of country music, performing songs by the likes of Patsy Cline and Merle Haggard as well as originals. Tickets for their July 27th show are $13 and $15. On July 30th, Full Set will perform a show of traditional Irish music. This sextet has won acclaim across the Emerald Isle and beyond. Showtime is 8 pm; tickets are $13 and $15. Both shows are at the studio stage.