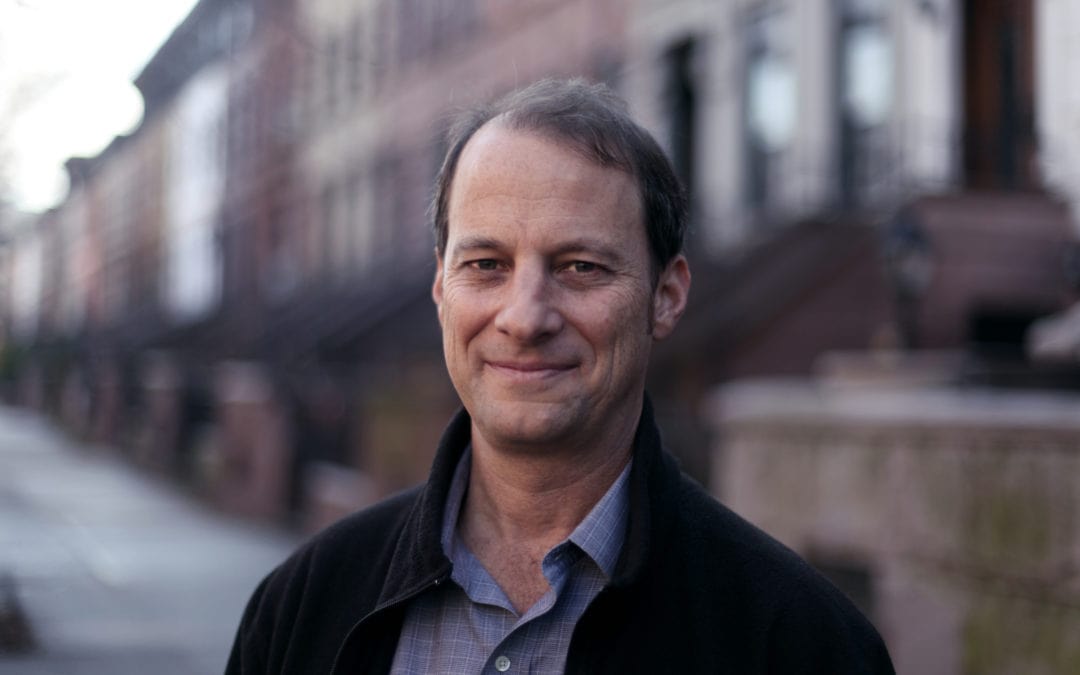 On Monday, March 17th, Traverse City’s National Writers Series hosts George Packer. Packer won the 2013 National Book Award for his book The Unwinding.  Benjamin Busch, the award-winning author of the memoir Dust to Dust, will join Packer on stage to moderate the evening’s proceedings. Earlier this week, Packer took time to answer a few questions that Busch posed to him prior to the event.

Busch: When you graduated from Yale in 1982 you joined The Peace Corps and served in Togo, Africa, an experience that produced your first nonfiction book, The Village of Waiting.  Why did you make that choice at that time in your life?

Packer: The usual young man’s desire to see the world, have adventures, do something hard, test myself. If I’d been someone else I would have joined the Army.

Busch:  What do you remember most fondly from that time in Africa?

Packer: I became quite close with the mother and kids I shared a compound with. They were my only real friends in the village, month after month, and my window into the world of the villagers. It was a brush with vicarious fatherhood—I suddenly had more authority and responsibility than I’d ever had in my rather sheltered life.

Busch: Have you been able to stay in touch with anyone there or have you gone back since?

Packer: I went back twice in the first decade after my Peace Corps service, and stayed in touch with some members of the family and a couple of former students for some years after that. Right now I’m no longer in touch with any of them, alas. It’s been thirty-plus years.

Busch: The frayed edges of ethnicity, politics, human conflict, identity, and social fabric have often demanded your examination.  Is this a continuation of your sense of service, marking an independent witness with hope that by magnifying a portion of us, we can finally see ourselves?  Is illumination your purpose?

Packer: Those years were my introduction to many things—the subjects you mention, and also the challenge of understanding and recording them. I would say my career as a journalist began in Togo, though I didn’t really pursue it until almost twenty years later. I wouldn’t use the word “service” to describe my main motives in writing, but I do seek out the stories that force me and my readers to see that “they” are not some other, that they’re recognizably fellow creatures and deserve the same considerations we grant ourselves.

Busch: You have reported from some seriously dangerous places:  Iraq in the heat of it, Sierra Leone, Lagos, Ivory Coast, etc…  Have you ever felt that a story would cost you your life once you arrived at the scene?

Packer:  I’ve never gone anywhere thinking, “I’ll probably get killed,” but there have been a few moments when I believed it was likely to happen. Iraq was continuously and increasingly dangerous, partly because you never knew where the danger would come from. In West Africa I always felt a bit more immune—perhaps foolishly—because there wasn’t the same hatred of me and my kind as in Iraq.

Busch:  Your landmark book on Iraq, The Assassins’ Gate:  America in Iraq, arrived 5 years before the U.S. withdrawal and, in its own way, prismatically forecasted our failures and the odd complexity of Iraq itself.  It has been 9 years since you wrote that book.  Do you still see the manifestation of your predictions as you watch the news coming from Iraq now?

Packer:  Iraq is worse than I predicted, worse than I imagined. I was always a step or more behind the downward spiral. When I finished the book back in 2005, I didn’t know how things were going to turn out, nor did most people I respected, Iraqis and foreigners. It was bad, and getting worse—I’d never experienced anything like the violence there—but it didn’t seem inevitable to me that there would be a terrible civil war, or that mass-casualty suicide bombing would remain a regular feature of Iraqi life for years to come, or that the U.S. would leave the place to its fate so completely.

Busch:  You wrote a piercing piece in The New Yorker called “Betrayed” about our abandoned Iraqi interpreters and then adapted it into a play of same name which ran for 5 months off broadway in New York.  Of all the work you have done, why did that essay urge you to try in on stage?

Packer: Partly happenstance—a Soho theater called Culture Project asked me if I’d like to write a play for them, and a”Betrayed” is what I had been working on at the time. But it had also gotten under my skin like nothing else I wrote about Iraq. I still had the voices of all the Iraqis who told me their fairly desperate stories in my head. I wanted to see what would happen if I got out of their way and let them talk to each other. And I was tempted by doing more imaginative writing—I welcomed the freedom of it. Plus, I’ve always been a theater lover. When I was thirteen I wanted to be Laurence Olivier, and wrote him to tell him so. He wrote back saying, essentially, Think twice.

Busch: It’s been 16 years since you have offered your second novel, Central Square.  Is there a new one slowly emerging in between your ambitious nonfiction works?

Packer: It would be nice to say so, and I’m not ruling it out. But between the busyness of my work these days, and the fact that nonfiction comes more easily to me, and seems to find me more readers, I don’t think I’ll write another novel any time soon.

Busch: With essays, novels, nonfiction and a play, have you looked to explore other genres as a writer?

Packer:  I wrote some unpublishable poems in my twenties. I’m working on a screenplay now. That covers every genre I can think of!

Busch: Your stories often take a vast subject but travel it through a few real people.  You have spent much of your life studying America and Americans.  What worries you the most about us?

Packer: You’ve described my approach perfectly. I’m most worried that we’ve lost our nerve, our sense of possibility. It still exists in individuals—you can find them in Silicon Valley and elsewhere. But it’s a private thing—it’s not for the country. Democracy is very hard, in some ways unnatural, it takes constant effort and learning and recommitment. A lot of the people I met while working on The Unwinding no longer think that our democracy has much to offer them. They think the game is rigged and they’re not included.

Busch: We’re going to talk about you new book, The Unwinding:  An Inner History of the New America, when you’re here in Traverse City, along with everything else, but in looking at where we are now, do you see a nation that can be steered back toward the ideals of its birth?

Busch:  You have been chosen to write the biography of the late Richard Holbrooke.  We must expect that you’ll expand that project to include context for the last 5 decades of American foreign policy as well.  How do you organize and pursue such an immense investigation with its thousands of disparate narrative, national and geopolitical threads?

Packer: Yes, you’re on the right track, and I’m completely daunted by just the question you’re asking. I really don’t have an answer yet. There are two very hard stages to a project like this: starting out through the wilderness of research, then starting back home through the writing of it.

Busch:  So much territory to cover.  We are really looking forward to you being here in Traverse City and hearing the stories around the stories.  We finally get a campfire with George Packer all to ourselves.

Packer:  I’m looking forward as well. I’m a fan of Ben’s, as he knows. I hope we’ll talk about the new literature by Iraq vets, including his memoir—it’s something I’ve just written an essay about for The New Yorker.