Steelhead Trout Eggs to Be Collected in Little Manistee River 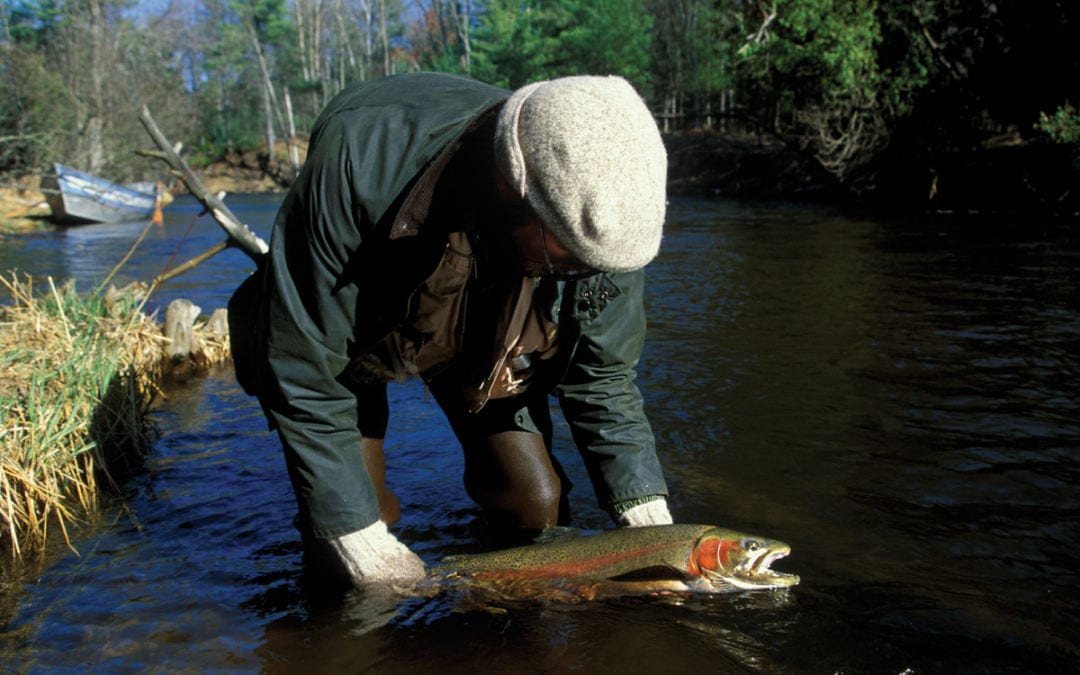 Throughout late March, the Michigan Department of Natural Resources will collect steelhead trout eggs at the Little Manistee River weir near Stronach.  The collection process will ensure the success of the popular sport fishing species in the Great Lakes.

Since 1968, the Little Manistee River weir has served as the sole source of winter-run steelhead eggs for fish hatcheries in Michigan, Ohio and Indiana. Yearling steelhead produced through hatchery operations are stocked in select tributaries of all the Great Lakes. To provide a backup egg-take source in case of emergencies, another broodstock steelhead population is being developed on the Platte River in Benzie County. This population will be used only if the Little Manistee River spawning run fails to provide enough fish. Steelhead provide one of Michigan’s premier sport fishing opportunities for both Great Lakes open water and tributary stream fishing.

Egg-take operations begin by lowering the weir grates in mid-March. This stops the upstream steelhead migration in the Little Manistee River and diverts the fish into holding ponds. Usually during the first two weeks of April the fish ripen and egg-take operations begin, although this year’s harsh winter conditions could delay these operations by one to two weeks. These activities continue daily until the established egg quota has been reached.

During egg-take operations, unripe or “green” steelhead are counted and passed upstream to sustain the wild Little Manistee River steelhead run. Steelhead that are spawned during operations also are passed upstream, many eventually return to Lake Michigan as steelhead are capable of spawning multiple times. Once the quota of eggs is reached, the weir grates are removed and all remaining fish are allowed to migrate upstream.

Egg-take scheduling information is available from the Little Manistee weir hotline at 231.775.9727, extension 6072. The facility is open to the public for up-close viewing during egg-take operations. Formal tours will be offered Thursday, April 10th, and Friday, April 11th, at 11 am, noon and 1 pm. Those interested in tours should call 231.389.2551. Fish also can be observed in the river below the weir at any time.