Return of the Redwood to Northern Michigan 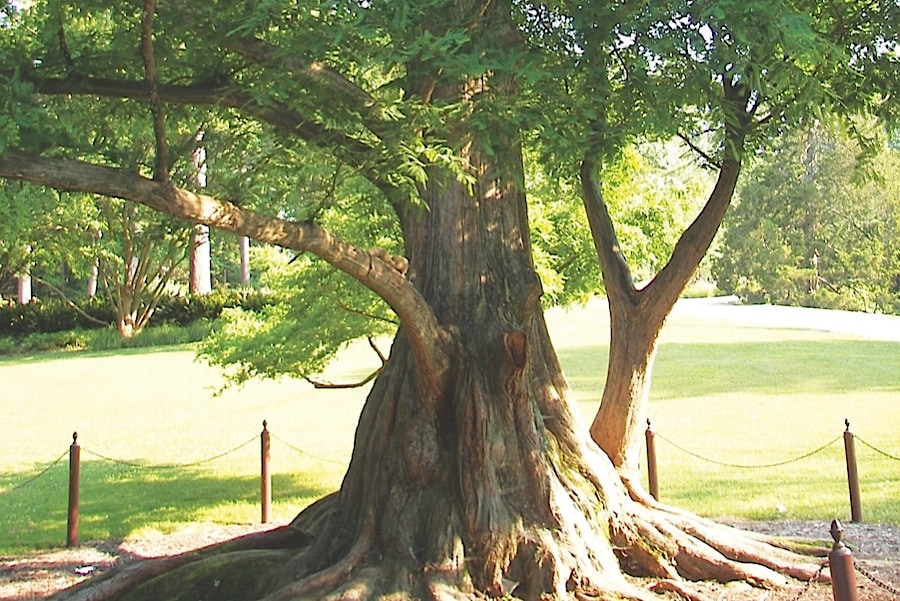 The diversity of flora in Northern Michigan is staggering, but a few Up North environmental enthusiasts are working to introduce a majestic and rather conspicuous plant species to the area: the redwood.

The year was 1968, and Dr. Gulav Uhlich was just a guy looking to build a deck at his Petoskey home. But he found a new life obsession when someone suggested he use redwood for the project. Uhlich had never heard of redwood, but when he researched it, he became enchanted with the ancient behemoths. “The thing for me is that these trees can live 2,000 years,” he says. “Imagine what can be learned from something that lives 2,000 years.”

As he dug deeper, he discovered that many species of redwood—a tree synonymous with the American West Coast—were native to Michigan. He landed on a variety called the dawn redwood: a curious conifer that populated this region some 2.5 million years ago, and whose soft, fernlike needles turn a brilliant yellow in the fall before dropping. As it so happened, 2.5 million years later, the dawn redwood is still well suited for Michigan’s climate, so Uhlich obtained a sapling and planted it in his backyard. “I call it my ‘Christmas Tree forever,’” he says.

Now, Uhlich has teamed up with Petoskey landscaper Richard Hoffman, who raises dawn redwoods, on a mission to see these trees across the North once again. They estimate 250 have been planted in the region so far, mostly on private property, and hope to see quadruple that someday. If properly cared for, the trees will grow a foot or two each year before reaching a maximum height of 200 feet tall and, yes, live for two millennia.

Plant a legacy: Get your own sapling via Richard Hoffman Landscaping (231.347.0630). Or, check out the state’s biggest redwood, a giant sequoia, at Lake Bluff Bird Sanctuary north of Manistee.