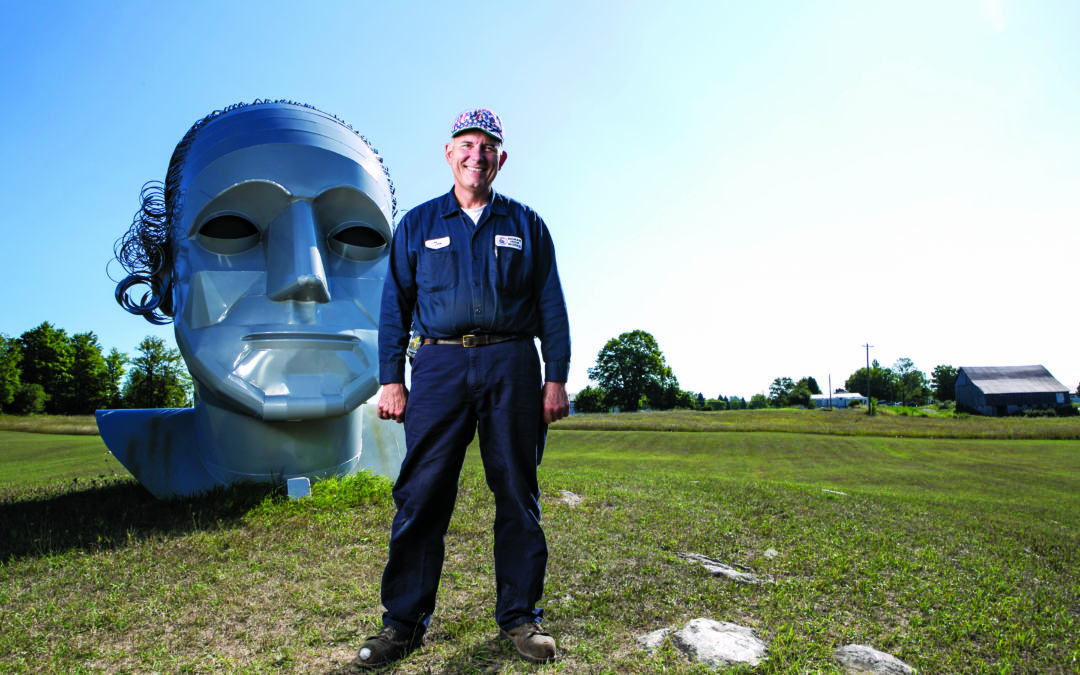 Featured in the March 2014 issue of Traverse Magazine. Updated in March 2019.

You can see her there in Onaway, a replica—or rather, an interpretation—of the head of the Statue of Liberty. The head is not full size, and the look is not exact, but the piece is large, with the highest point of the crown spiking maybe 20 feet in the air, and the base of the statue measuring maybe six feet across. She’s painted the green of copper patina, though she is welded steel.

Tom Moran is the Onaway born-and-raised man who welded that statue. He also welded the 12-foot-high head of George Washington, the 14-foot-high head of Abraham Lincoln and the giant head of President Gerald Ford. Oh, and a 50-foot-long musket and a giant chainsaw, both at the Yooper Tourist Trap up near L’Anse.

Tom has made many more statues that spring from similar ideals: a love of country, tradition, a celebration of the everyman and his labors. And he’s done all that while building his company, an iron fabrication enterprise with about 70 employees that’s doing some of the most forward-looking industrial work in Michigan today. 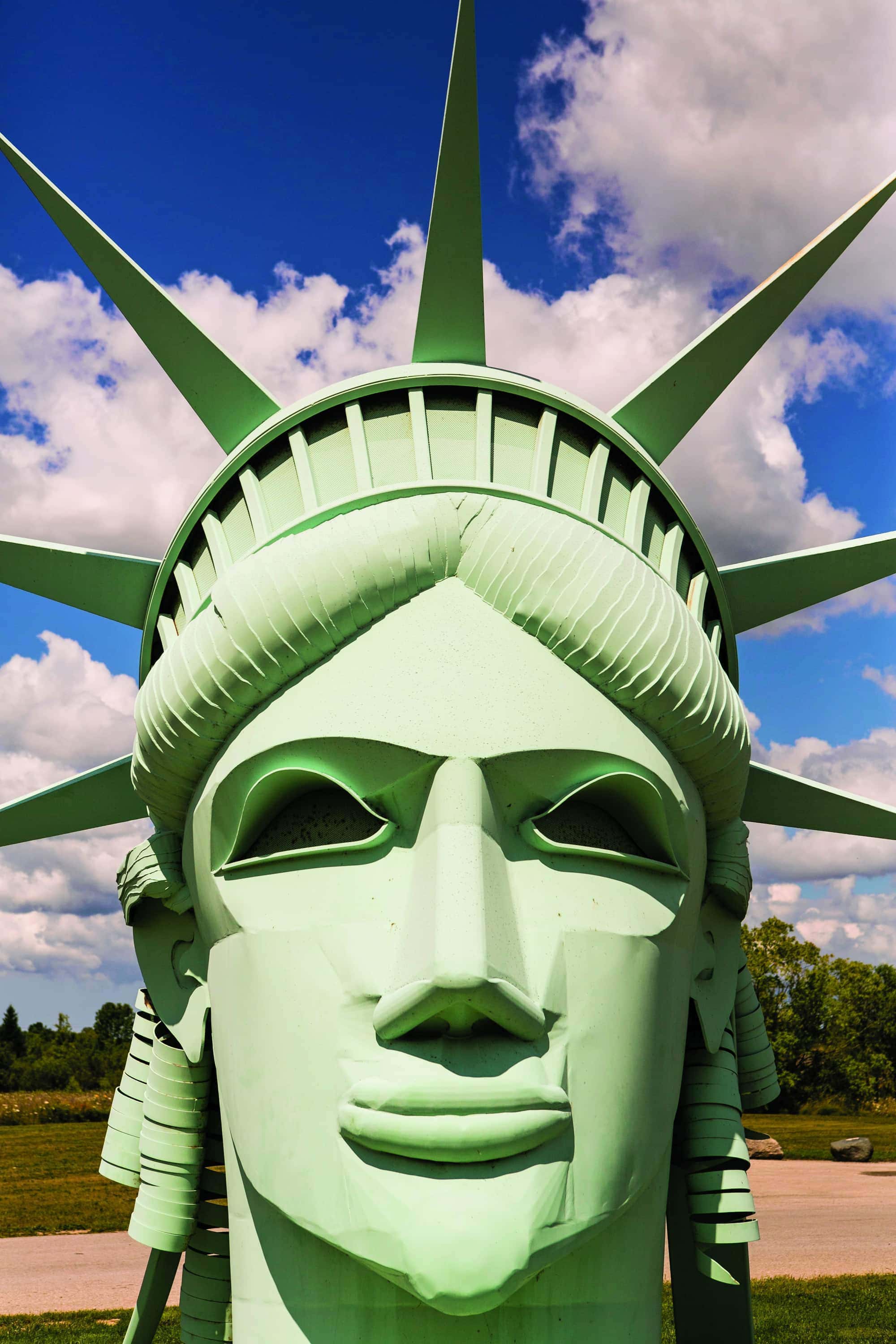 Miss Liberty, created in 2008, is now located in Awakon Park in Onaway, Michigan.

Go on a Sculpture Tour

Since this article was written in 2014, some of the statues have moved! Several are still at Moran Iron Work’s field in Onaway and many are at Awakon Park. Note: It’s open to the public but still under development. The park is also a historical walk through Onaway’s past and features the ruins of the American Rim/Lobdell Company that built wooden bicycle rims and wooden steering wheels for the emerging auto industry at the turn of the 20th century. It was during this time that the slogan “Onaway Steers the World” was born.

This piece of ground where Tom Moran makes sculptures and where he has built his factory is essentially the same piece of ground where he grew up. Born in 1960, he was the sixth of seven children in an Onaway lumberjack’s family. “We were very poor,” he says more with a measure of pride than of self-pity. And though he got along fine in school, he knew he’d never find a future in anything that required academics. “I had a hard time reading,” he says. “It frustrated me. I still can’t spell and sometimes I’d write my name backward.” In the 1980s the word dyslexia started to appear in the newspapers. “My mom said, ‘that’s what they said you were,’ ” he says.

Early on, Moran figured out he had to play to his strengths, a spatial intelligence that enabled him to build and fix things. His high school had a wood shop, but for whatever reason, he was drawn to metal instead. He convinced the shop teacher to haul out the old mothballed metal shop equipment and let him work with it. Pretty soon, teachers were bringing him broken desks and chairs that needed welding. “In study hall, kids didn’t do much studying, and the furniture was just destroyed,” Moran recalls. At first, “I’d weld it, but it would fall apart right away because I didn’t know what I was doing,” he says, with his trademark candor. “But then it started to hold because I got better.” 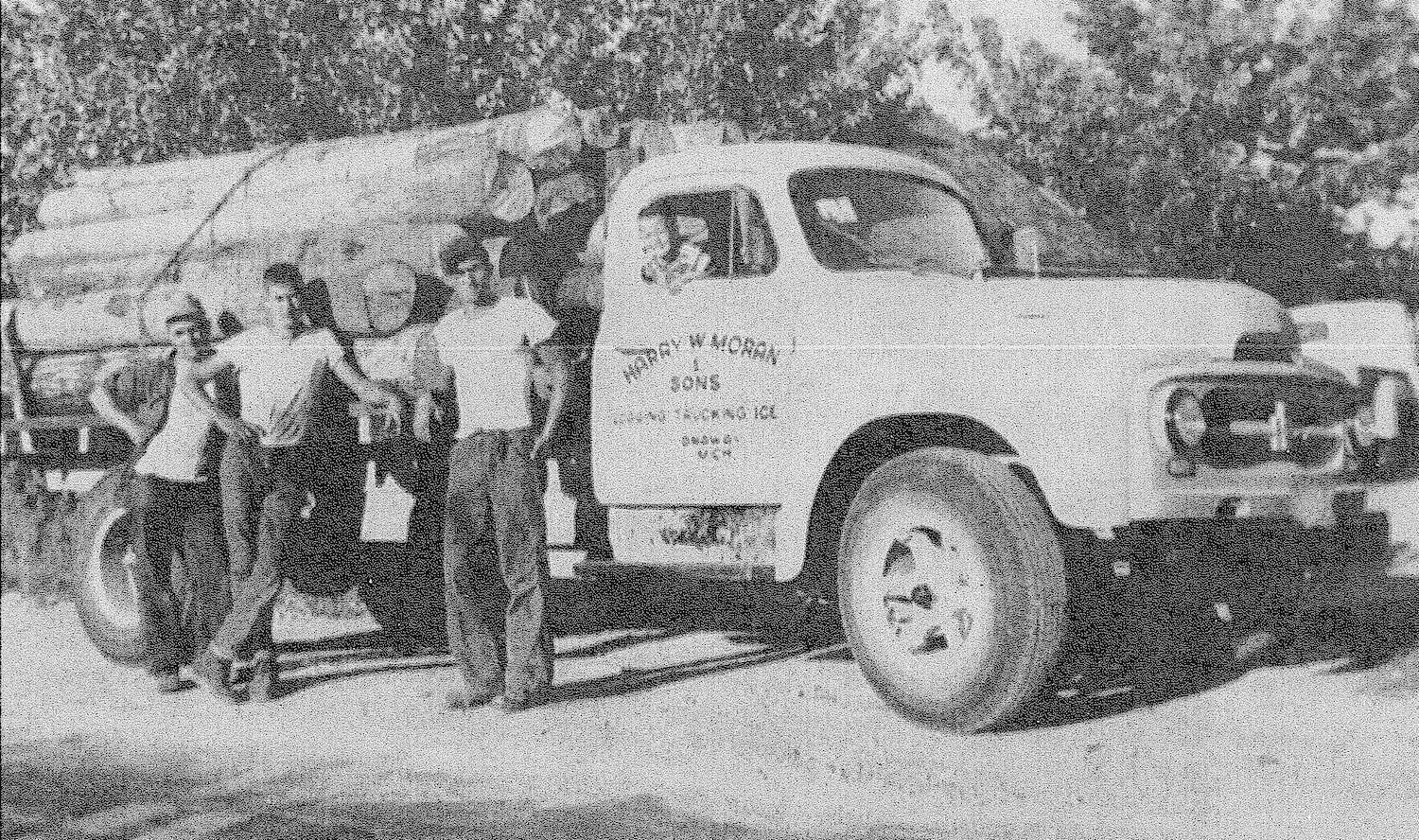 One day a teacher came to him with a Native American calumet—a peace pipe—that had dropped and broken. Could Moran fix it? Moran asked the shop teacher to haul out yet another piece of metal working equipment, a small foundry that could melt aluminum. Moran made a cast of the original pipe stem and re-created the shape in aluminum, painted it terra cotta, decorated it with a painted replica of the original carved design, and attached the original unbroken clay bowl to the end. Voilà. Calumet reborn and some of Moran’s lifelong themes starting to show: an appreciation for art, tradition, history and a strong desire to please his customer.

When Moran graduated, he logged with his dad during the day and welded at nights and on weekends. In 1980, as a 20-year-old, he built a small welding shop on land his uncle owned. A couple of years later he filed a dba; in 1986 he incorporated and was on his way. Originally he bought five acres from his uncle and then kept adding in little chunks “moving toward the high ground and away from the swamp,” he says. The factory likewise reflects that tale of growth, a progression of additions moving west to east, each section bigger and taller than the one before it. Today, Moran Iron Works fabricates giant steel structures for some of the highest profile companies in the United States, with the largest portion of its business focused on state-of-the-art air pollution control systems for coal-fired power plants and cement plants. When the four-story-tall structures are completed, they are loaded on a flatbed and trucked 20 miles to the Lake Huron port of Rogers City, transferred to a Great Lakes barge and floated out to the world.

In the early days of his career, Moran would go to the regular but informal 5 a.m. old-timer breakfast gatherings at a local diner. The guys would talk about logging, and one piece of equipment they talked about caught Moran’s interest: a cart with two wheels, each taller than a man, that was used to haul tree trunks through the forest. One had been on display in town, but the wood parts had rotted, and it was thrown away. Moran made a replica and pulled it in the Fourth of July parade. The piece still stands on the old courthouse lawn, and Moran has made something for every parade since.

Despite years of making sculptures, Moran is hesitant to take on the title of artist. “I always had an appreciation for art, but my family was lumberjacks. We were into shooting deer and snagging fish, and I’d be embarrassed to go home and say I was going to an art class,” he says. But he has always “appreciated things looking as good as they worked.” That sense of industrial design is evident all around the Moran Iron Works shop and grounds, where four-story-high steel housings for a power plant air pollution control system express a harmony and precision that would allow them to be dropped into a sculpture garden and nobody would question their presence.

The success of Moran Iron Works has enabled Moran to travel to the world’s great cities and wander many of the finest art museums in New York, Chicago, Paris, Beijing and more, checking out the work of the masters. “I emulate what I see,” he says. “But when real art people talk balance and color and all that, I know nothing about that. I don’t even know the names of different artists and I don’t read. I am a craftsman, not an artist.” Still, art world insiders would call him an artist, though a folk artist or maybe an outsider artist, since he has no formal training.

On a sunny Sunday in January 2014, Tom Moran and his wife, Marilyn, are the only two people to be found in the sprawling Moran Iron Works factory. Just a few weeks prior, Crooked Tree Arts Center had invited Moran to be the featured artist at the organization’s premier annual fundraiser D’Art for Art, and that means he must make a sculpture to be auctioned off at the July event. He’s here today getting started on his idea—cutting metal, pounding it into shape, firing up the first welds. Moran wears what he wears most days at work: a blue work shirt, blue work pants, a stars and stripes hat. Depending on the task at the moment, he wears safety goggles or the welder’s hood and work gloves.

It’s something of an intimate moment. The lights are on in the small room where Moran works, but otherwise, the cavernous factory workspaces are dark, shadowy and silent, lit only by the feeble blue glow of occasional safety lights. The towering steel projects and the yawning ceilings that disappear into darkness way above make any human, even the man who commands this place, seem Lilliputian by comparison. Throughout his sculpture-making years, Moran has headed to this environment—the hush of his Sunday shop—to do most of the work. For Crooked Tree, Moran wants to create something that explores how the natural world and the manmade world intermingle but also stand apart, coexist but also collide. He also wants something that a child can appreciate and that an octogenarian can appreciate. He doesn’t want it highbrow, but he wants it to say something important.

His idea, then, begins with a sphere. “There’s just something cool as hell about a sphere,” he says. So, sphere represents planet. And pieces of the planet—cut and curved pieces of sheet steel—will juxtapose with objects from our world, like a roller skate or a wrench or a cast iron frying pan or part of a gun. He and Marilyn were out the day before scouring secondhand shops looking for metal things. There will be thousands of those daily artifacts, and where writing is stamped into the metal, he wants to be sure to preserve it. “It draws people in close to read it,” he says. Ever the craftsman, Moran is thinking practical matters too. “This has to be able to last outdoors,” he says. “It will be watertight. You don’t want any holes so it can turn into a beehive or a bird’s nest.” He pauses to stare at the sculpture for a moment. “When people look at this, I want them to know a lot of time went into it,” he says. 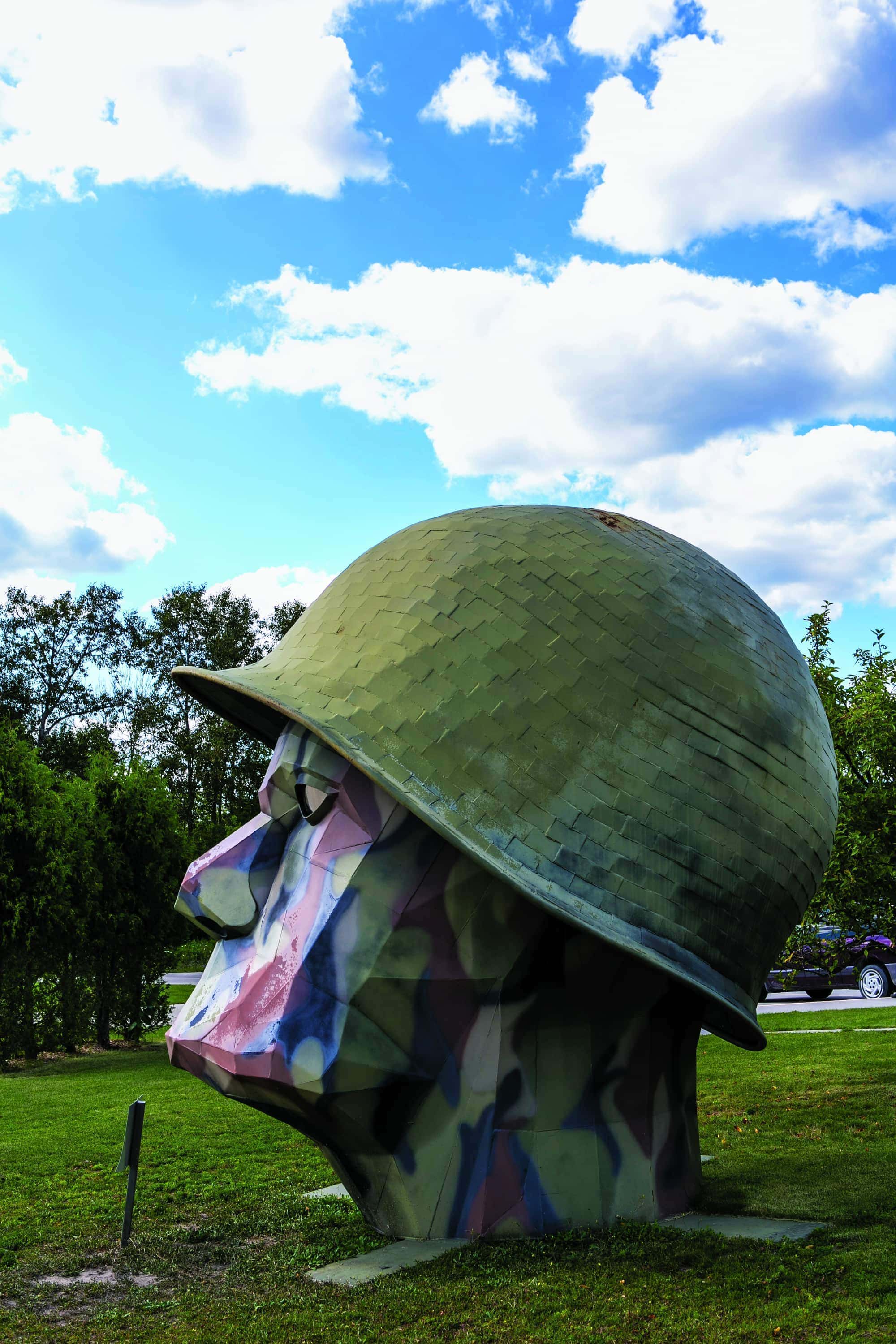 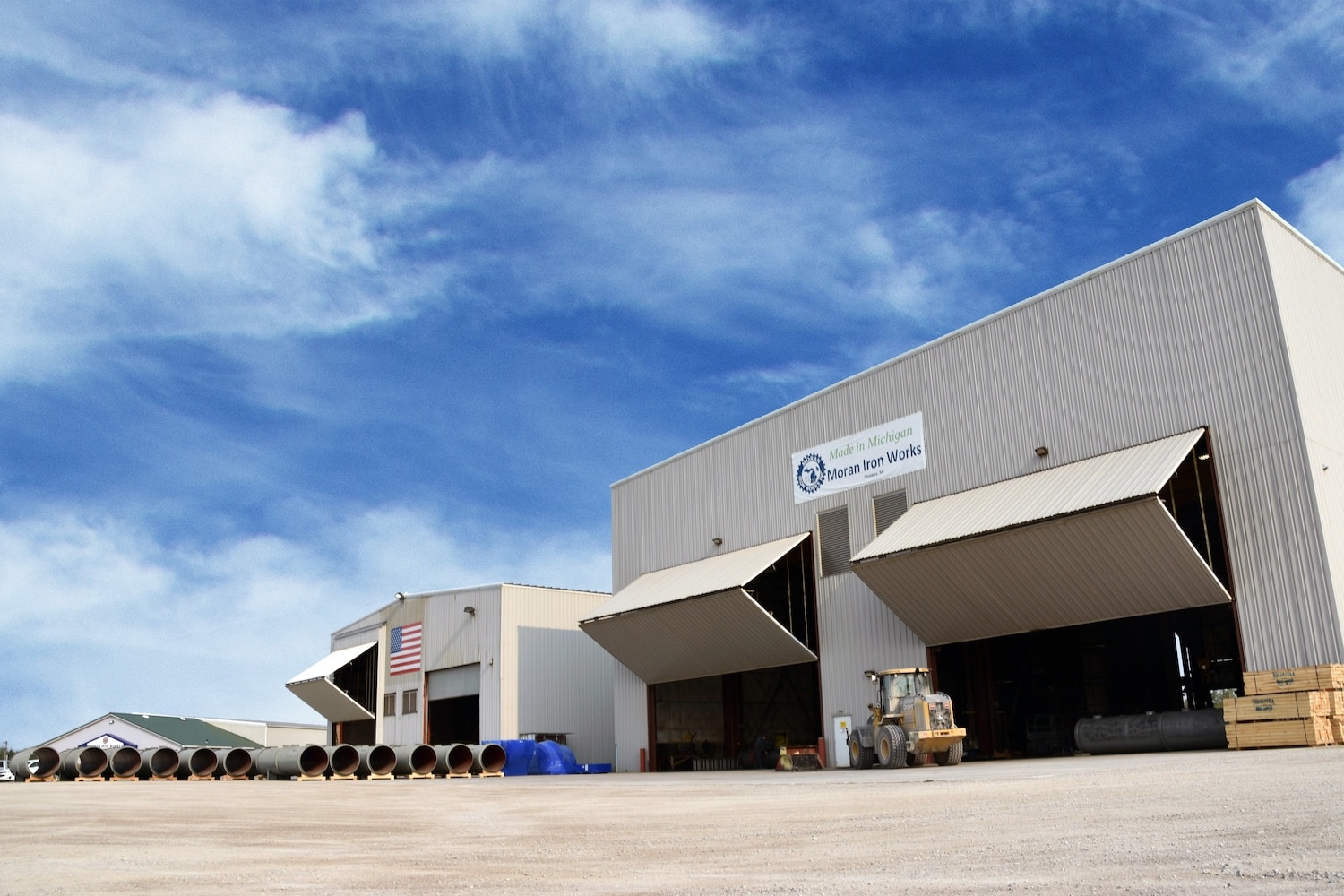 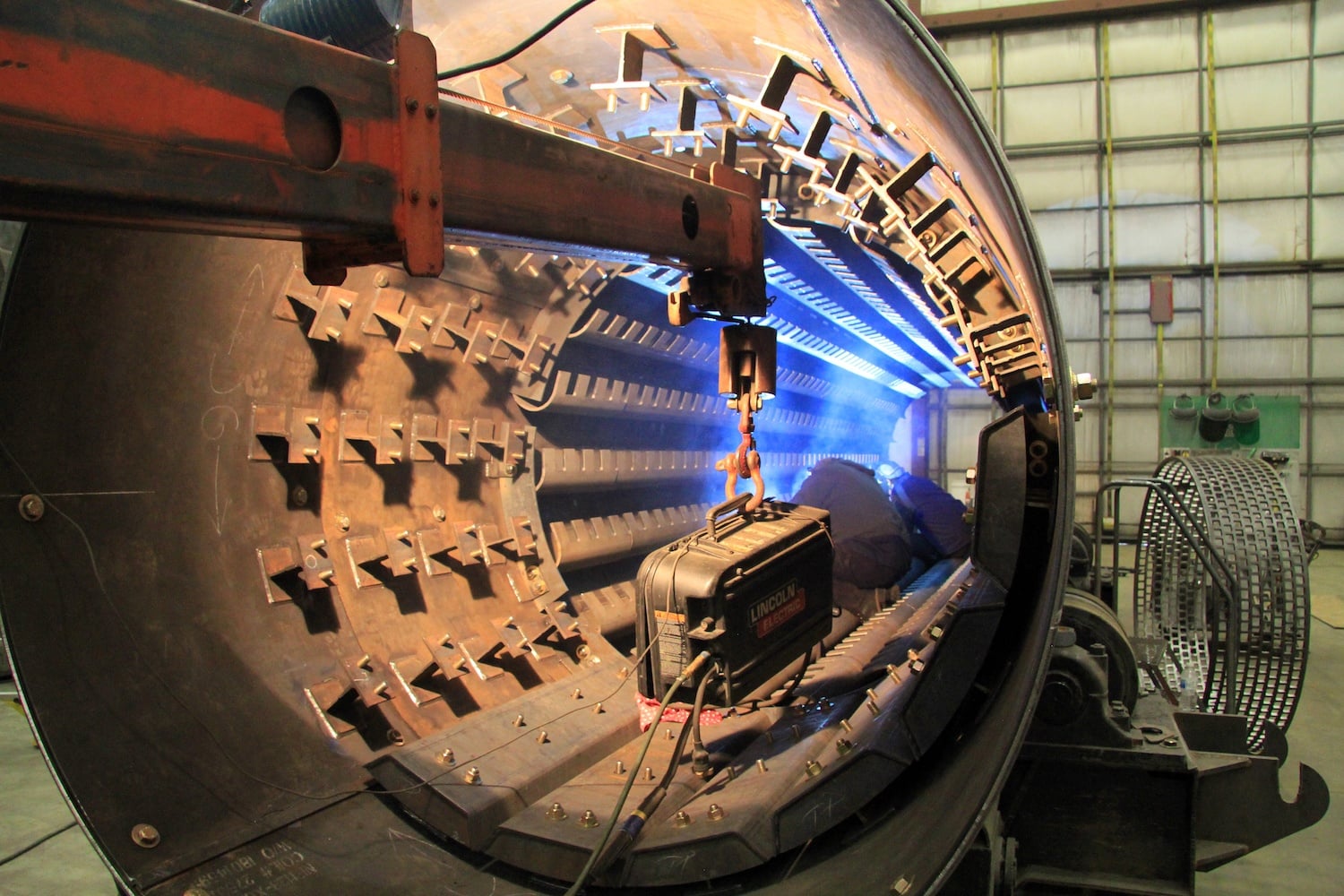 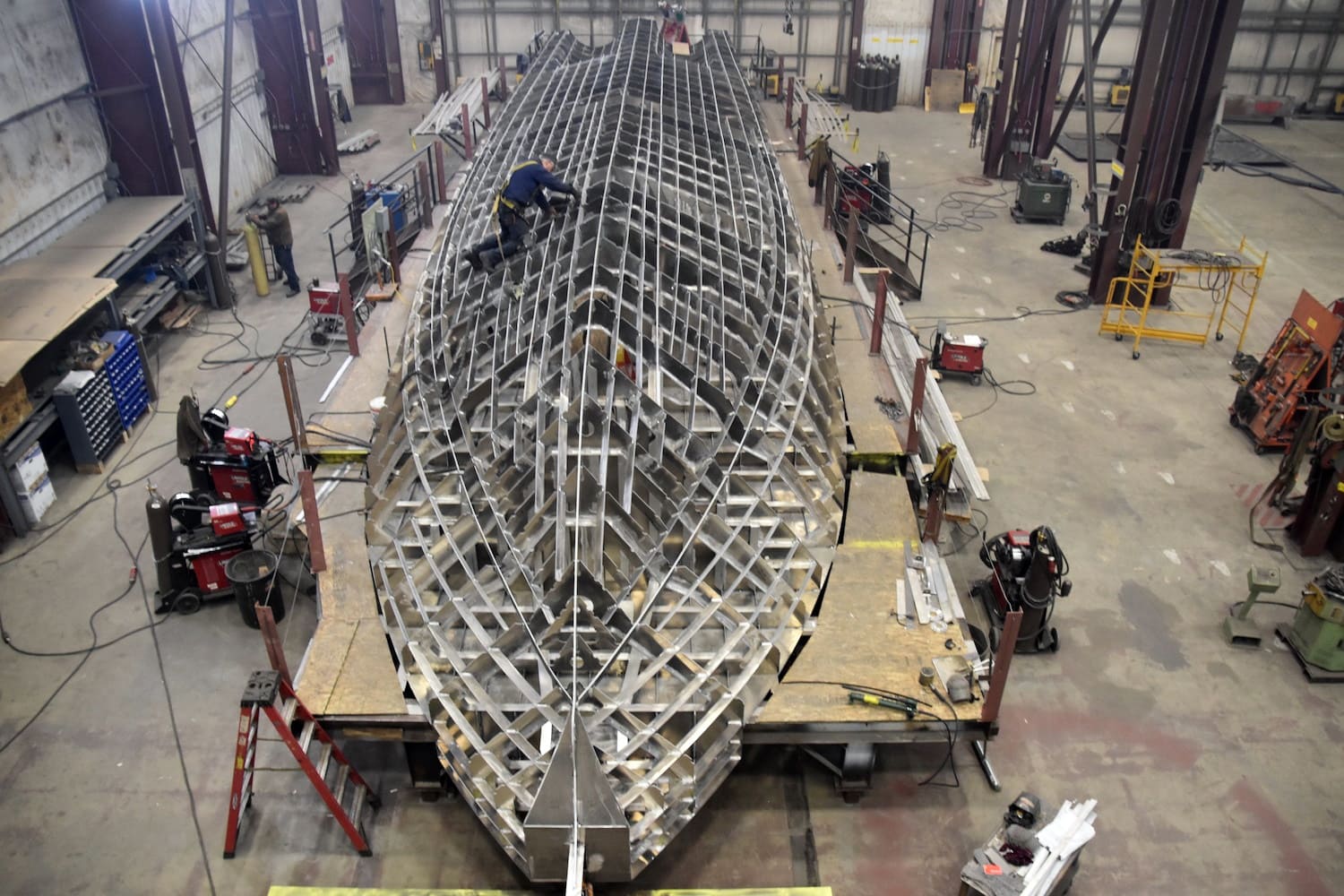 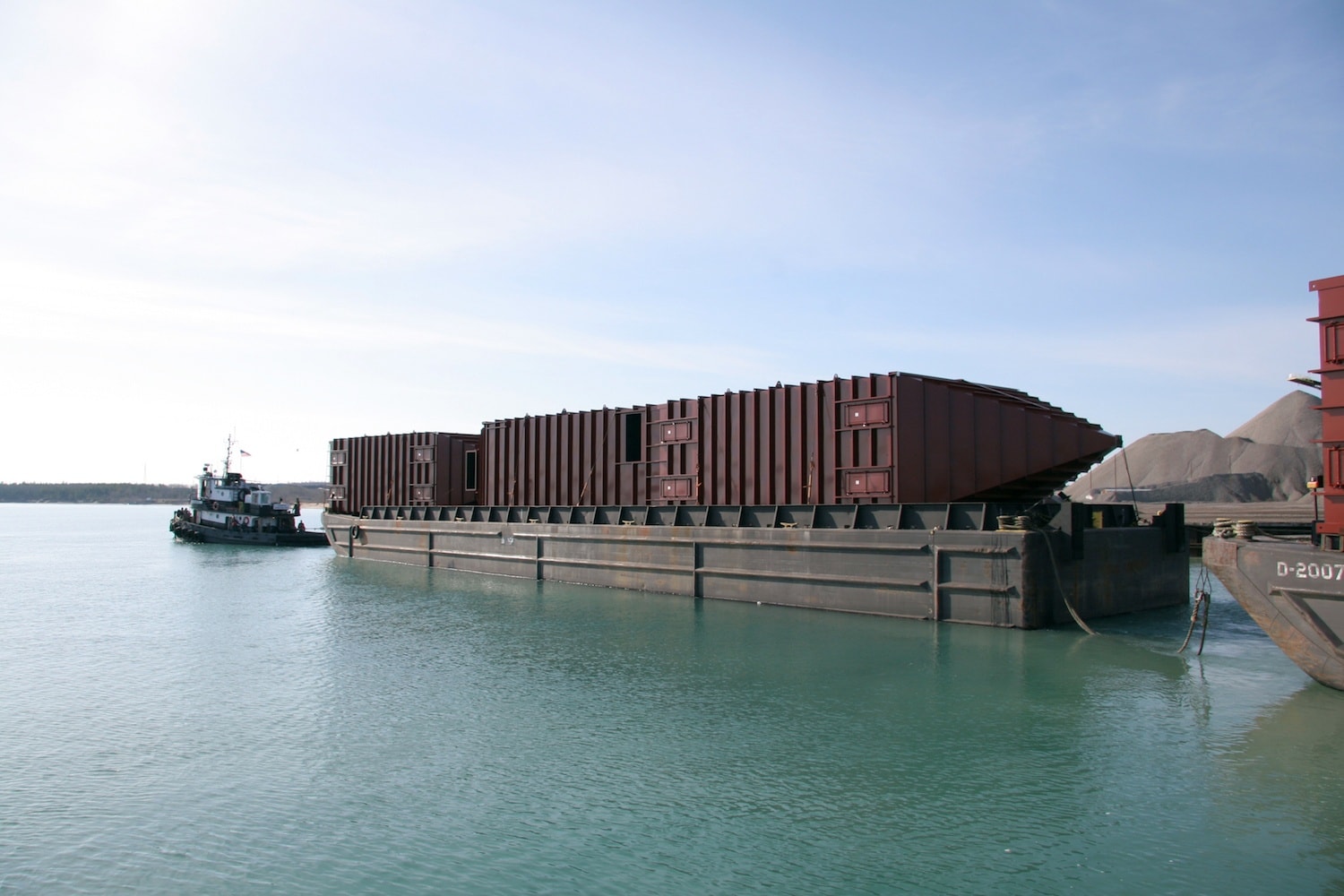 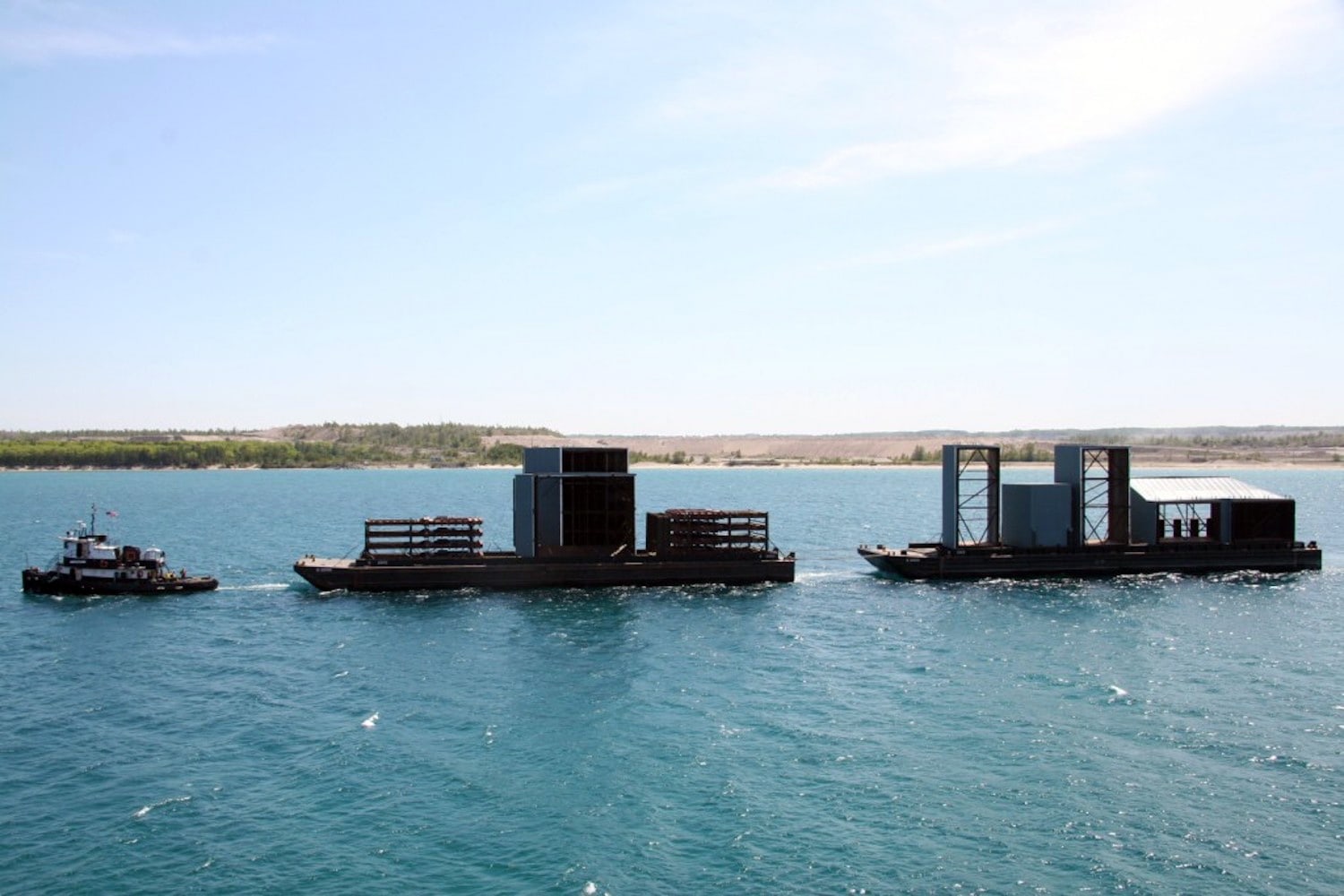 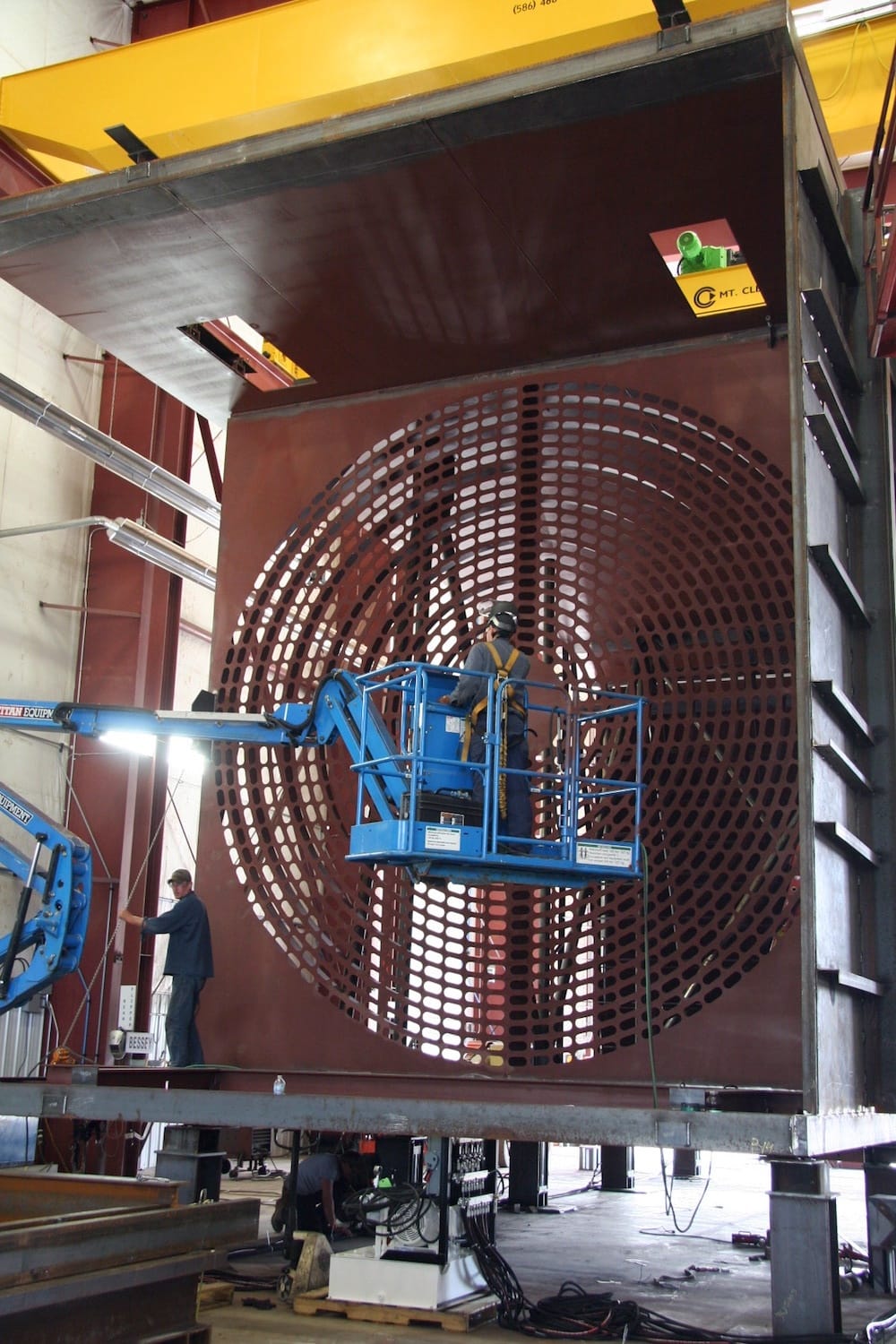