MyNorth Media has been chosen as one of “50 Michigan Companies to Watch,” as determined by a coalition of national and Michigan-based business organizations. MyNorth Media’s achievements will be formally recognized at the 2014 Michigan Celebrates Small Business event to be held on May 6, 2014, at the Breslin Center in East Lansing. 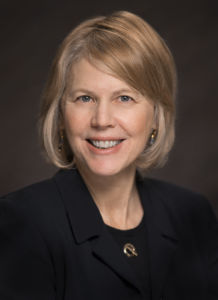 “We’re thrilled to have MyNorth Media and Traverse Magazine named to 50 Michigan Companies to Watch,” said MyNorth Media’s president and founder of Traverse, Northern Michigan’s Magazine, Deborah Wyatt Fellows.  “It’s a win, too, for all our readers and advertisers who’ve supported us for 30 years. Without them, we wouldn’t be here.”

MyNorth Media has become instrumental in the growth of many Northern Michigan small businesses by providing an array of marketing solutions through their websites, print publications, and media production services which, in all, reach an audience of 1.5 million people.

Fellows started with Traverse Magazine more than 30 years ago and built it into MyNorth Media, holding true to the same mission and maintaining the passion of those early years.

“We took what we’ve always done with Traverse Magazine—celebrate and protect Northern Michigan’s natural resources including its towns and entrepreneurs—and we continuously found new ways to tell that story,” says Fellows. “Traverse Magazine’s engaging stories, stunning photography and integrity are now online, in video, in directories, with MyNorthTickets, ShopMyNorth and now a completely redesigned MyNorth.com.”

As a recession started in 2008, MyNorth Media expanded into digital media by producing its own website, MyNorth.com, adding video, newsletters and launching six new print products. The company also offered clients specialized client-based media services, including video production, website design and development, e-Newsletter distribution and custom-manufactured magazines and books. MyNorth Media accomplished all of this with essentially the same number of staff. Since then, the company has added only a few positions to support MyNorth Tickets and ShopMyNorth.

“We not only weathered the recession,” says Fellows. “We came out stronger and ready for the recovery.” The award is especially important to Fellows because Michigan 50 promotes entrepreneurial creativity and tenacity, while also looking for stable companies built to last.

MyNorth Media’s innovative cross-marketing methods and its applications of unique tools have garnered the company attention aside from its recent placement among the “50 Michigan Companies to Watch.”  Fellows has been profiled by print-industry magazine Folio along with professionals from Apple, The New York Times and Forbes, and has spoken at national conventions of city and regional magazine associations to describe MyNorth Media’s strategic integration of multimedia platforms into its business plan. That MyNorth Media was chosen among the “50 Michigan Companies to Watch” is a testament to the company’s history of exceptional innovation.