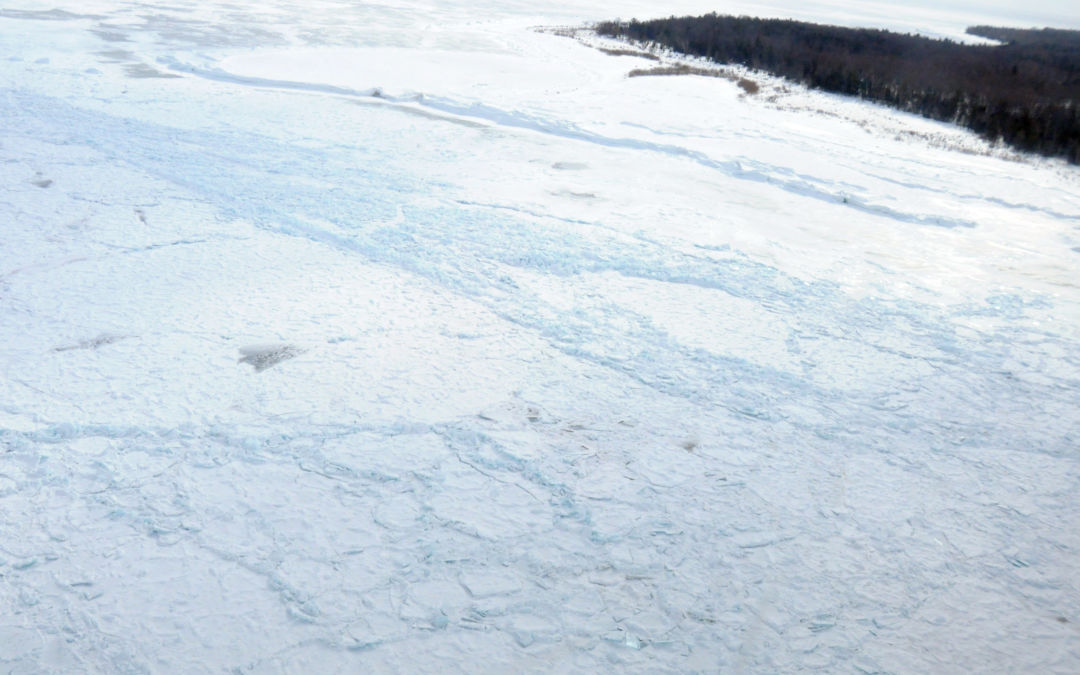 The ice caves off of Leelanau County’s western shoreline were a fleeting phenomenon: accommodating weather afforded thousands of sightseers the opportunity to see the ice formations, but within days of their discovery the winds picked up and compromised the stability of the structures. Here are three aerial photographs of the ice caves taken from a Traverse City-based Coast Guard helicopter displaying the precarious state of the ice formations. 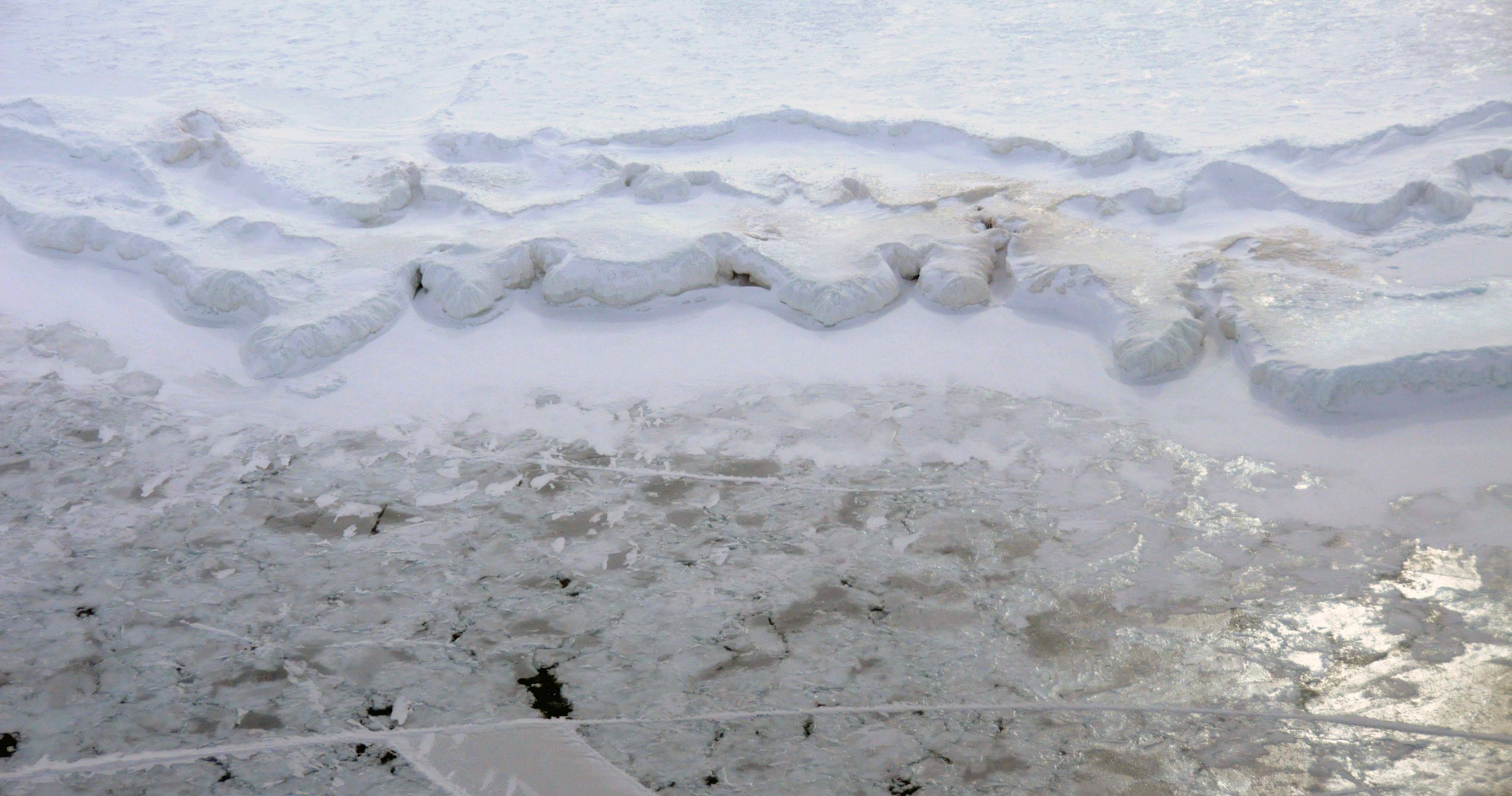 The above picture shows the most prominent caves in the area. Notice the patches of open water and the large horizontal crack near the bottom of the frame. 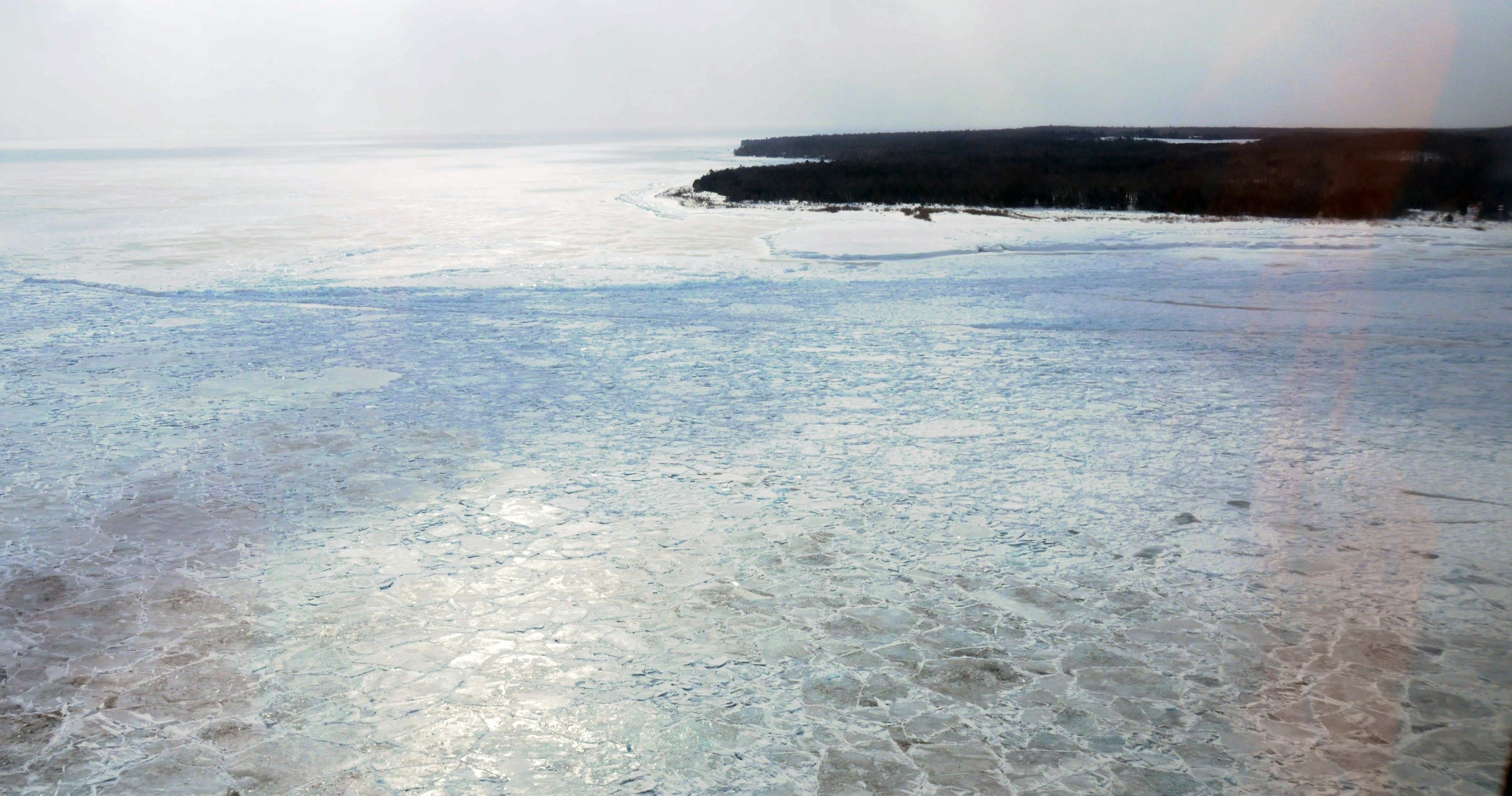 According to Lt. Jonna Clouse of the US Coast Guard, “There is much broken and floating ice between the caves and the nearby Manitou Islands in addition to open water. The ice looks much like a waffling of ice chunks through much of that area.” 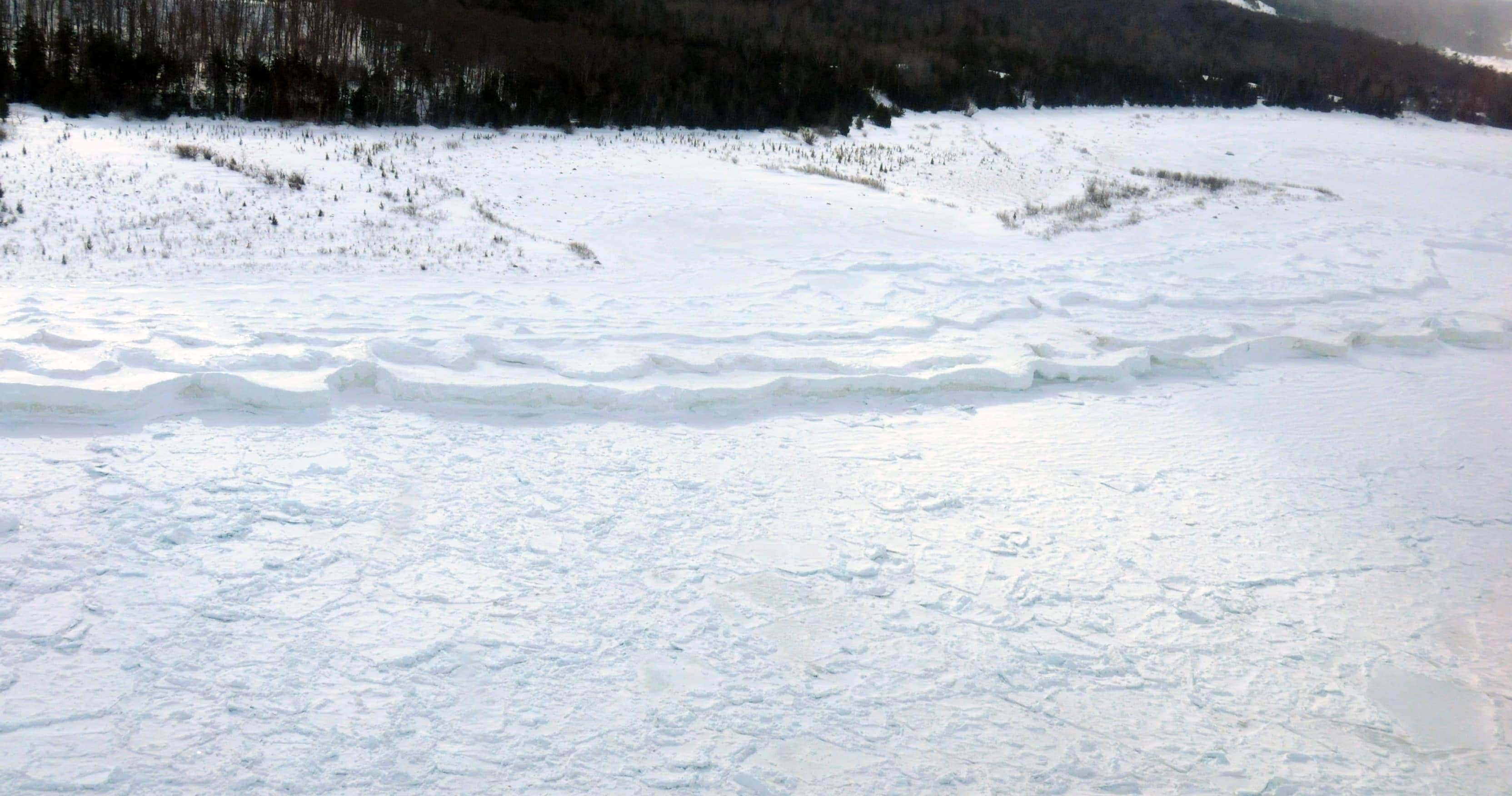 The above photograph displays the jagged, puzzle-piece chunks of ice near the shore; strong winds caused the destabilization of the ice structures.