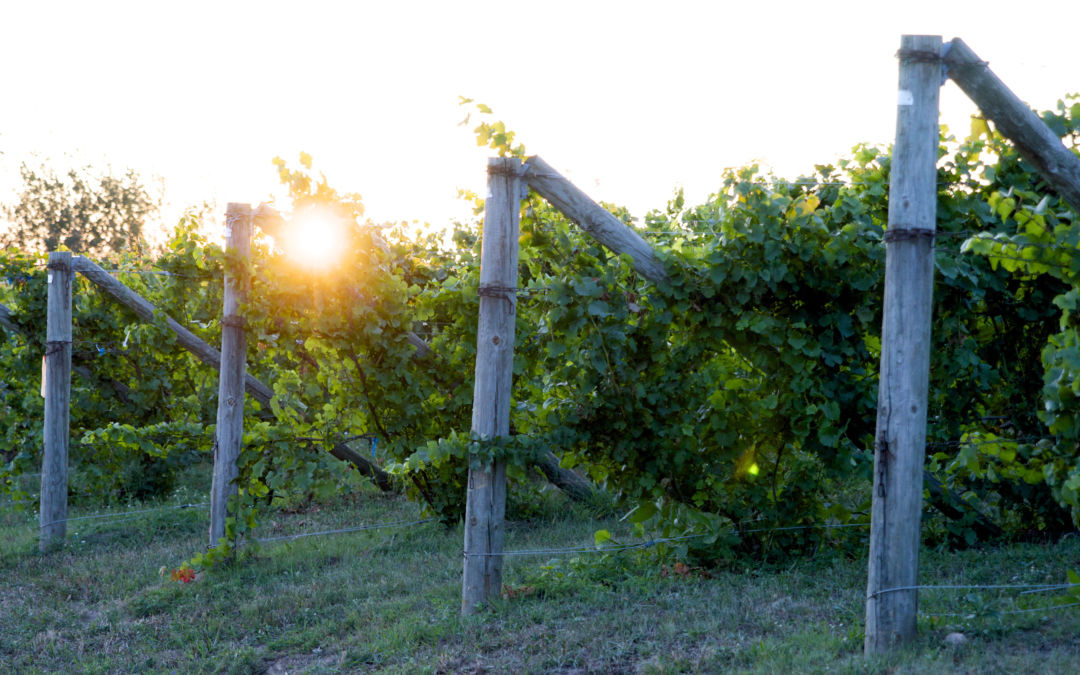 The epic winter of 2013-14 is beginning to ease. Temperatures are warming, snow is beginning to melt, and farmers of Northern Michigan are getting their first good chance to inspect orchards and vineyards to see what damage the winter has wrought. We checked in with Nikki Rothwell, chief of the Northwest Michigan Horticultural Research Center, to ask about early indications for the upcoming growing season.

Let’s start with the vineyards, what are the early reports.

Rothwell: I did hear from the wine guys today and things are not looking good in grape world. It’s not a total loss situation, but buds that were above the snow line are probably dead. One guy told me that only 15 percent of his primary buds are still good. And of course where the snow is really deep, we can’t see those buds yet, but they might be protected. Our wine grapes generally don’t like to go below 10 degrees and we hit -17 twice in Leelanau County.

How did the apple trees fare?

Rothwell: I’m hearing that the apple buds are fine. But with the young trees—the orchards that are only one or two years old—those extremely cold temperatures can cause a collapse of the whole tree. One issue is for farmers who planted the small trees for high-density systems. The snow piled up so high and was so heavy that it broke branches off the lower part of the trees. And trees don’t naturally grow back branches low on the trunk, so we have to figure a way to get new branches on to replace those that broke off.

What about our iconic crop, the cherries?

Rothwell: The tarts seem to be doing fine. There is some concern about sweet cherries. The good news is that with the Great Lakes freezing over and the bay freezing, the sustained cold temperatures are keeping the trees dormant, which is reducing the risk of frost damage. Back in 2012, we had very warm temperatures in March, buds swelled and our trees were susceptible to frost for eight weeks, and when the frost came we had extensive crop loss. If this cold stays, the trees will remain dormant until past the frost period, and we should have a good bloom.