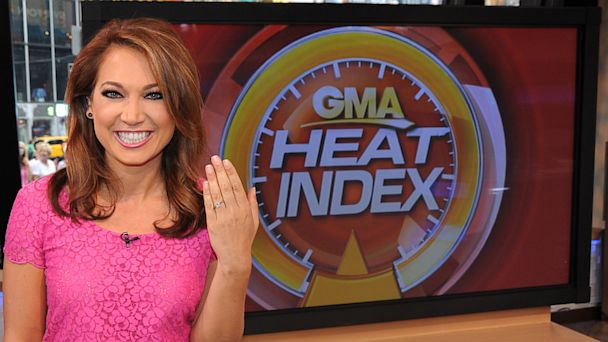 ABC’s Good Morning America meteorologist Ginger Zee is getting married to NBC’s Ben Aaron. The bigger news for Northern Michigan? They are getting married here in late spring. We checked in with NYC wedding planner Francesco Bilotto for some details:

You were friends with Ginger before you were her wedding planner, yes?
We were acquaintances when we both worked in Chicago [where Ginger worked at WMAQ] but we didn’t know each other well. Then one day we ran into each other on the bustling streets of New York’s Upper West Side and we reconnected. She’s become a close friend—as has Ben.

As the story goes, she met someone else the same day that she met you.
She met Ben the same day she met me. So I like to joke that when she says it was the happiest day of her life, she means because she met me!

You three get together socially then?
Yes, it’s been amazingly fun. Just the perfect little storm that day. I actually helped her out the first time she cooked him dinner … I took her shopping for matching dinner napkins and bowls. I told her, ‘This is how you build the illusion of being a cool wife,’ [laughs]. But after the big reveal, dessert in a martini glass, he figured it out—I was busted.

Obviously, Ginger is all about the weather, how is that going to play into the event?
They’ll be groupings of white floral balls on the table symbolizing clouds and the undercurrent of weather. Also, her shoes are going to customized with Swarovski crystals to look like storm clouds and there will be tornadoes on her heels.

We hear Ginger is hoping to use as much local talent as possible to produce her big event.
Yes, Lindsay Kaler, the events manager at the Lake Michigan venue we are working with, has been amazing. They are planning a virtual tasting for us so we can at least see the food even if we can’t taste—they are like score! we get to eat it!  Also, I’ve been working with Jennifer Haf of BLOOM  floral design on the flowers. She’s fabulous! The cake is going to be by Simply Sweet by Jessica and we are going to get some papery from Tableau.

Click to read our interview with Ginger Zee herself! 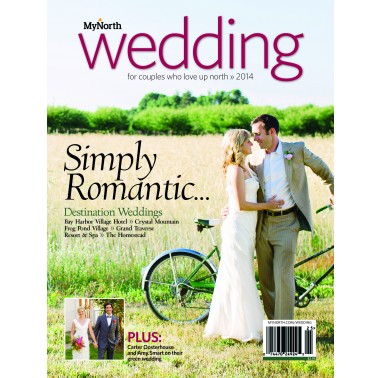