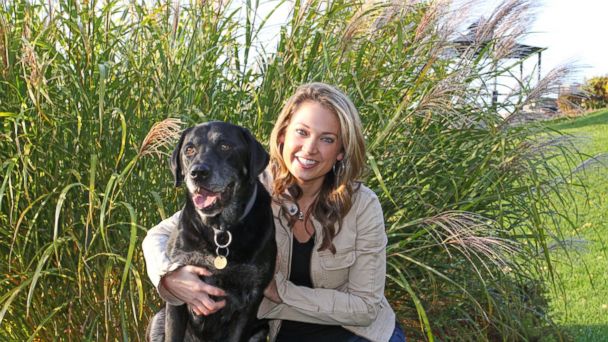 Good Morning America’s celebrity meteorologist, Ginger Zee, is planning a late spring wedding at the Inn at Bay Harbor in Northern Michigan—which prompted us to pick up the phone and get the deets! Last week we talked to Ginger’s New York City wedding planner, Francesco Bilotto—Click to read that interview.  This week, we checked in with the bride herself:

Northern Michigan staged-weddings are some of the most gorgeous in the world—but also still a relative secret, especially to people outside the Midwest. What prompted your choice of a Lake Michigan-side wedding at the Inn at Bay Harbor?

Ginger Zee: I’m from Grand Rapids and we always camped on Lake Michigan in Northern Michigan—usually Manistee. I feel a connection with Lake Michigan especially Up North where you can see that crystal blue water.  Whenever I come home to Michigan I go straight to the lake.  It’s like going to an island but you’re home.

Ben is a born-and-bred New Yorker who had never seen Lake Michigan before you brought him here. What did he think of it the first time he saw it?

Lake Michigan takes people by surprise when they see it for the first time, and I think it did for him too. It was really fun to see his eyes open up to the beauty of Michigan. But he still hasn’t seen Lake Michigan that far north yet.

So he hasn’t seen the wedding venue yet?

His first time will be when we go up there for the wedding. His mother and his sister went with me for a trip when we scouted venues. So they both got to see how wonderful the area is.

Check out the great free offer below, then keep scrolling for more Ginger Zee talk!

This is truly a destination wedding then?

Yes, nobody is from Northern Michigan.

Do you mind sharing a rundown of the long weekend?

Well, the first day we get in we’ll have to get the marriage license and all of the other stuff you have to do to get married, so that will be the business day. Everyone starts trickling in the Thursday before the wedding. It’s nice because everybody will be staying in the same place and that’s one thing I love about the Inn.  You have your own space but you are all together so you can get some personal connections going—getting my mom and his mom together…those sorts of things that don’t happen as often as they should in our world. Our families are spread out all over the country.

Which brings us to the wedding itself. How do you describe it?

I describe it as very intimate. That was my fiancés big wish. It’s very small, 50 or fewer people.

It’s not easy paring a guest list down that far!

[laughs] It’s a feat, that’s for sure. So it’s intimate with a little bit of glamour—I can’t leave that out. But since it is lakeside we’ll have a camping feel with a late night fire pit and s’mores. But we’re also going to have glamour—Francesco has gone overboard with that and he’s done it on the very strict budget I gave him.

It is just one day but I think that it is the most important day of your relationship—to kick it off right.  We really want to spend it with the people that we love and that we feel closest too.  So it’s intimate with a modern, glamorous vibe.

And you’ve said your dress is quite glamorous—which is no surprise! Do you mind sharing some details?

It’s very traditional but with some modern twists to it. I got it at Kleinfeld in New York. It was one of the first five I tried on. Kleinfeld might actually come and video parts of the wedding, which would be very cool.

You have lots of family gazillions of friends. Who is standing up for you—and how did you possibly narrow it down?

Just my little sister. Elaina. It’s been kind of a joke that if everybody we wanted to have stand up did, we wouldn’t have anyone in the audience.

What will your little sister wear?

She’ll be in Navy but this has been a fight … out of all of us girls she’s the most into fashion. She sent me pictures of what she should wear! We finally have a dress we settled on—but she would like to change after because it is not her favorite. [Laughs] She’s got a little fire in her.

Your groom is heartthrob material. What will he be wearing—and who is standing up for him?

His best friend, Ian is standing up for him. He’s wearing a gray Ralph Lauren Black Label suit that I bought him as a special gift. It’s really beautiful and he looks stunning in it. Francesco is helping pick out ties and shirts.

How about the entertainment?

We are going to have a singer/songwriter named Brendan James. We met at an event that Ben was emceeing. We loved him and as we were dancing we got to joking about wondering if he would play at our wedding.  We ended up having such a good time with him that night that we asked him and he said yes. It was really a big deal that he said yes because weddings are not his typical event. It’s really special. He’ll play during cocktails and a little through dinner.

And then your brother’s band takes over?

Yes, my brother’s band is The Outer Vibe. He plays all over—and he’s played at Boyne and Crystal Up North. Also Detroit and Chicago. The band has been together 12 years now. I am really proud of them.

A lot of us don’t golf, so we’re hoping that weather will be nice to us and we can go boating or paddle boarding.

Okay Ginger Zee, this is an outdoor wedding in late spring. What’s your forecast?

Well there’s an 80 percent chance that is going to be cold. Even if the lake melts all the way, with that much ice in it that late is going to be cold.  There is no physical possibility of the lake being warm. If the wind is out of the north—either a northeasterly or northwesterly—it’s going to be a mess. But I do think that’s a big possibility. What I hope for is a nice south wind. I would be so happy it if got to at least 60 degrees. When I looked up the climatology for this time of year up there—of course I did my research on that—it is the most volatile time for weather in that part of Michigan. I looked over observations for the last 20 years, one year it was  35 degrees and the next it was 90.  One year 70. It was everywhere across the board. So I am just like, oh well. You know what? I’ve been really good to weather, I think it’s about time for weather to be good to me. 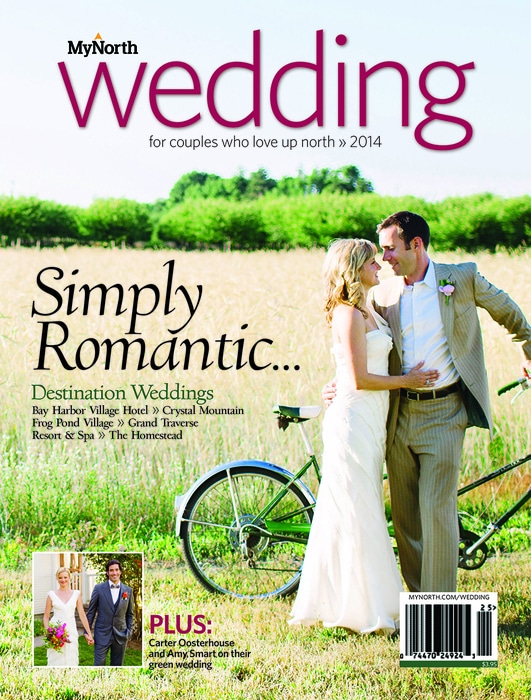 Dreaming of a Northern Michigan Wedding?