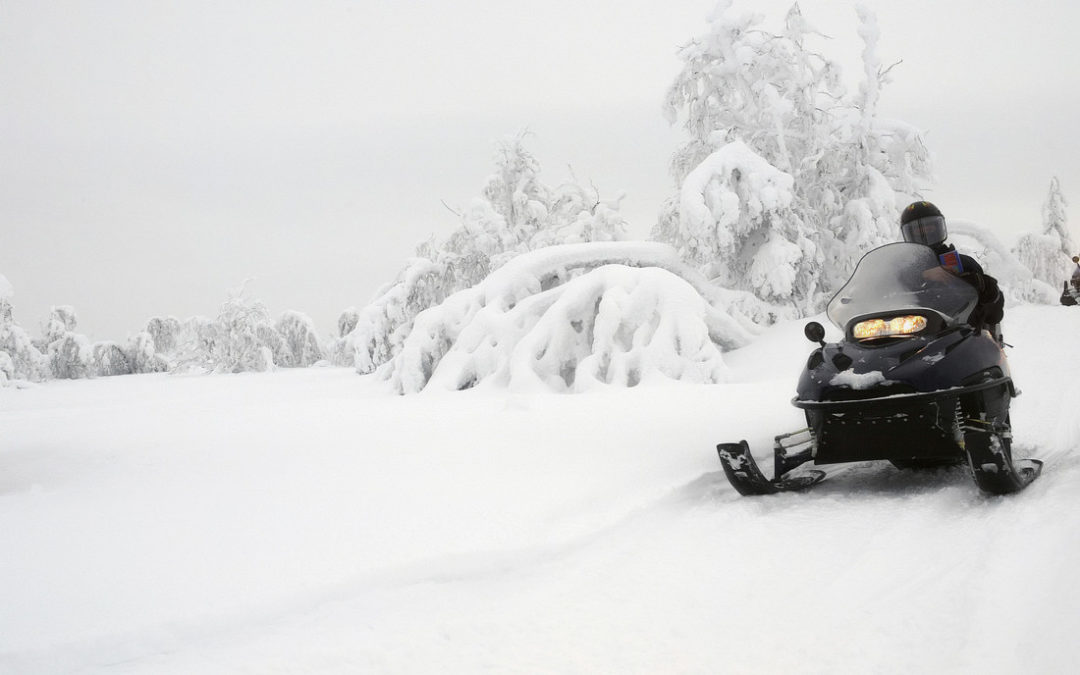 A pair of stranded snowmobilers were rescued in Michigan’s Upper Peninsula after going missing on Sunday, January 26th; the two were discovered on Monday, January 27th.

The snowmobilers, missing in the back-country near Porcupine Mountains Wilderness State Park for more than 24 hours during blizzard weather conditions, were rescued Monday afternoon by a team of Michigan Department of Natural Resources Parks and Recreation staff working in conjunction with local, state and federal agencies.

The Jenneys, who were suffering from frostbite, hypothermia and dehydration, were helped to nearby snowmobiles and transported by Michigan State Police and local volunteers to an area accessible by ambulance.

The pair became stranded after their snowmobiles broke through the ice on the Little Iron River Sunday afternoon. Although the area does not receive reliable cell phone coverage, the Jenneys were able to send several text messages to family relaying their situation.

Using geo-location data attached to the text messages, Michigan State Police and the Civil Air Patrol identified a remote four-square-mile area where the Jenneys were last known to be, allowing the DNR ranger team to begin a coordinated search and rescue effort along the Little Iron River corridor Monday morning.

Due to deep snow off trail and open water on the river, Doan determined the rangers would need to search by snowshoe rather than by snowmobile. The team broke up, with Doan and three rangers hiking in from the north end while ranger Justin Farley and a local volunteer hiked in from the south, traversing rugged terrain, thin ice and open water.

“This is truly an incredible survival story on the part of the snowmobilers who were able to keep moving and survive a night outdoors in these extreme elements,” said park supervisor Kasey Mahony. “The effort of our park staff is also commendable, with one ranger spending more than eight hours searching off-trail on snowshoes in exceptionally difficult weather conditions. The dedication of our staff in responding to backcountry emergencies, and their commitment to regularly completing search and rescue and emergency response training, proved instrumental in the positive outcome for these snowmobilers.”