Dale Blakley will never have to tell the story about the one that got away: a monster catfish that he caught in mid-January surpassed the previous state record, which was set less than two years ago.

Blakley, of Niles, Michigan, caught a state-record 52-pound flathead catfish out of Barron Lake in Cass County on January 12.  The Department of Natural Resources confirmed the catch of a new state record flathead catfish on Monday, Jan. 13.  The fish weighed 52.0 pounds and measured 46.02 inches. Blakley was ice fishing for crappies when he landed the record fish.

The record was verified by Brian Gunderman, a DNR fisheries biologist, at the Plainwell office.

The previous state record flathead catfish was caught by Rodney Akey of Niles on the St. Joseph River in Berrien County on May 22, 2012. That fish weighed 49.8 pounds and measured 45.7 inches. Prior to that, the record hadn’t been broken since 1943. 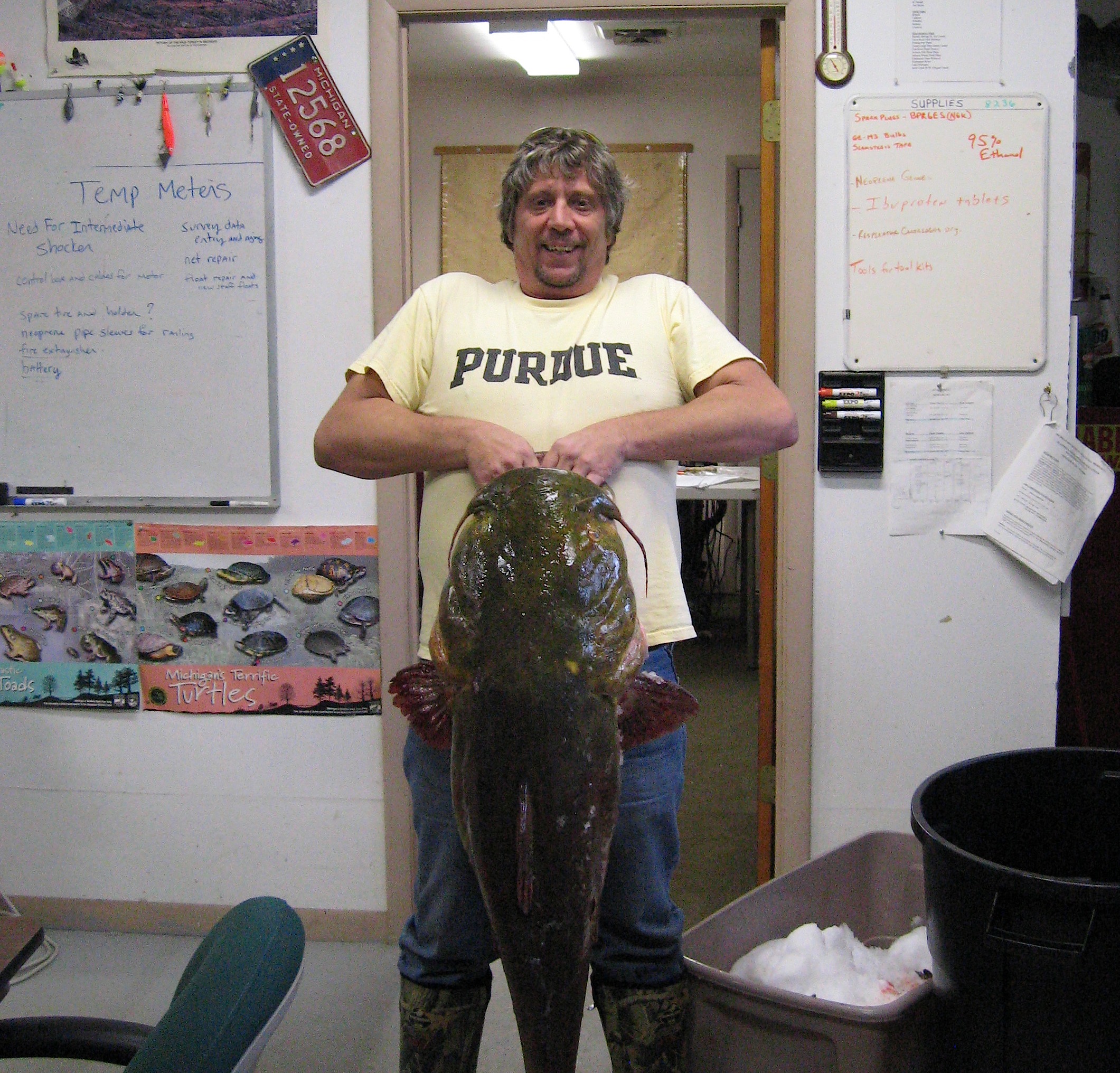 “Catching this fish was the most exhilarating experience,” said Blakley. “It was only the second time I’ve ever gone ice fishing and it was the only bite we had on the lake the whole day. This definitely sits at the top of my list!”

It should be noted that flathead catfish typically inhabit large river systems, like the nearby St. Joseph River. Based on the size of this fish, it mysteriously found its way to Barron Lake several years ago, perhaps through illegal stocking as there are no direct connections to a large river system. Anglers are reminded that transferring fish from one water body to another is prohibited because such transfers can disrupt the fish community in the receiving water through predation, competition with native species, or introduction of new disease-causing organisms.

State records are recognized by weight only. To qualify for a state record, fish must exceed the current listed state record weight and identification must be verified by a DNR fisheries biologist.

“We’ve had numerous state records broken in the last couple of years, further showcasing the quality of Michigan’s fisheries,” said DNR Fisheries Division Chief Jim Dexter. “We hope this latest catch encourages anglers to get out on the water in search of their own state record – or at least a great adventure!”