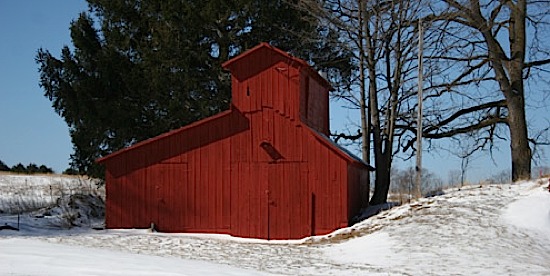 Northern Michigan farmers can now pay tuition for a residency program offering Northern Michigan outdoors land, equipment and mentorship for three years. The biggest obstacle to most new Northern Michigan farmers is also the single thing that’s most necessary for farming: land. Which is exactly why the folks at the Institute of Sustainable Living, Art & Natural Design (ISLAND), a Bellaire-based nonprofit arts and ecology center, decided in 2013 to launch Northern Michigan’s first farmer residency. The program lets new farmers stretch their wings by offering two big resources—Northern Michigan land  and capital—to help bridge the tricky divide between training and establishing a successful career. Farmers accepted into the program pay a small tuition fee, and in exchange they are given land, equipment and mentorship for the duration of the three-year residency,  effectively allowing them to test their business model and refine their skills.

Though the Northern Michigan farmer residency officially launched this fall, the idea had long been on the minds of ISLAND co-directors Brad and Amanda Kik. “We kept hearing about this problem of beginning farmers not having access to land or capital,” says Kik. “We thought that was a need we could fill for our community and at the same time increase local food production in Northwest Michigan.”

The program’s first-ever farmer resident will dig his or her hands into the earth starting spring 2014. artmeetsearth.org.

Photo(s) by Photo by Angie Lucas courtesy of GTRLC