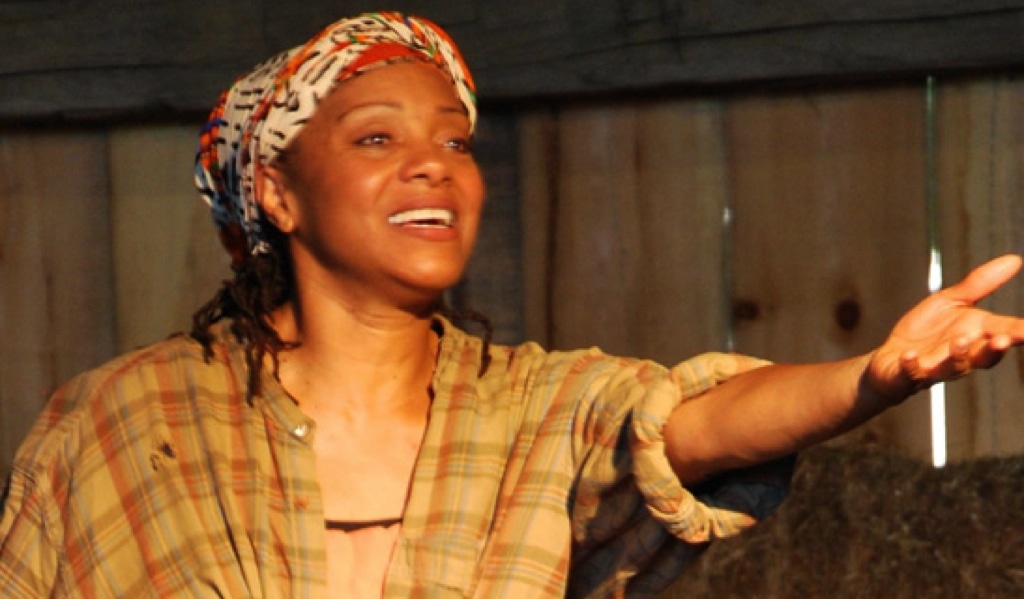 February brings two chances to see Leslie McCurdy and The Spirit of Harriet Tubman in Northern Michigan. The first performance will be at West Shore Community College’s Center State Theater on February 6. The second will be at the Milliken Auditorium at the Dennos Museum Center in Traverse City on February 7, 2014.

For more than ten years, “The Spirit of Harriet Tubman” has been thrilling audiences of all ages across North America. This powerful portrayal of the life of Harriet Tubman, written and performed by Leslie McCurdy, has been called “exceptional!”, “amazing!”, “brilliantly conceived!”, “compelling!”, “beautiful to watch!”, “like watching Harriet Tubman grow up!”, “one of the best performances I have ever attended!”

On a barren stage with only a trunk of costumes, Leslie McCurdy uses Harriet’s own words in telling the story of her life, from the earliest experiences of a slave, through her work on the Underground Railroad, to her continued commitment to others in her later years.

It is an inspiring, must see performance for the whole family! Buy tickets here!