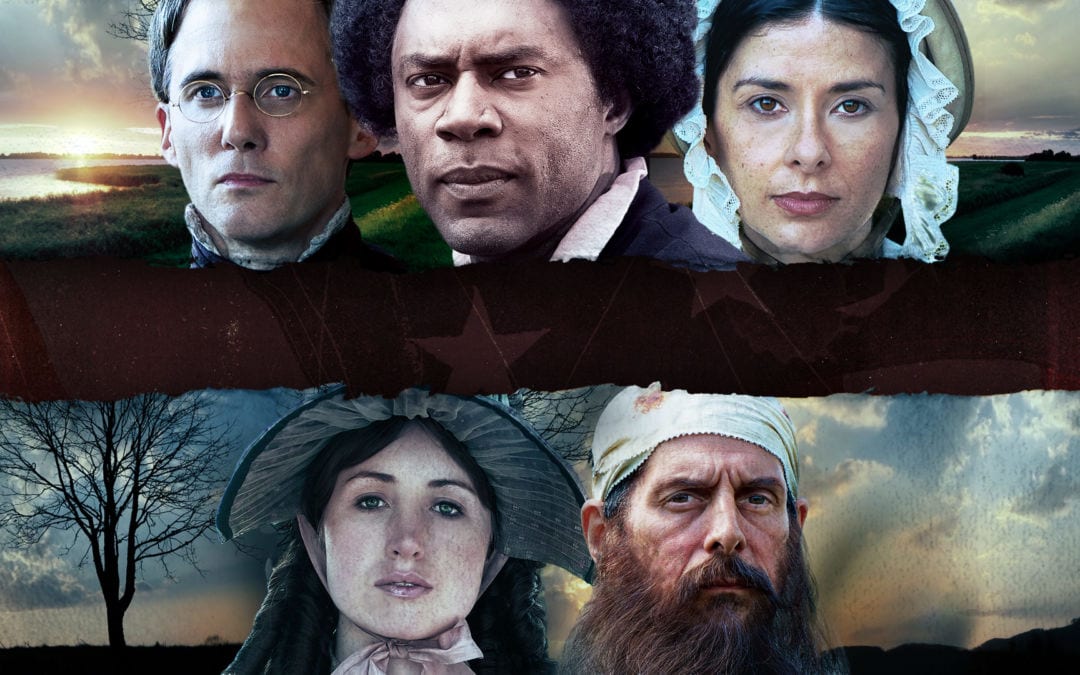 The Dennos Museum Center at Northwestern Michigan College presents the Created Equal Film Festival in Traverse City, January 23-26. This series of four films is part of the second annual Embrace the Dream collaboration founded upon the values of Dr. Martin Luther King, Jr. All films will be shown at 7:00 pm in Milliken Auditorium free of charge, with a final discussion program on January 26 at 2:00pm with Dr. David Pilgrim from the Jim Crow Museum at Ferris State University. All films are screened with subtitles, and the Milliken auditorium is equipped with a T-coil hearing loop for individuals with hearing impairments.

The Dennos Museum Center is one of 473 institutions across the country awarded a set of four films chronicling the history of the civil rights movement. These powerful documentaries, The Abolitionists, Slavery by Another Name, Freedom Riders, and The Loving Story, include dramatic scenes of incidents in the 150-year effort to achieve equal rights for all.  Freedom Riders received an Emmy in 2012, and The Loving Story and The Abolitionists have been nominated for Emmys in 2013.

“These films chronicle the long and sometimes violent effort to achieve the rights enumerated in the Declaration of Independence—life, liberty and the pursuit of happiness—for all Americans,” said Jason Dake, Curator of Education. “We are pleased to receive a grant from NEH to provide programming around these films, particularly as part of the Embrace the Dream collaboration now in its second year.”

Created Equal: America’s Civil Rights Struggle is an initiative of the National Endowment for the Humanities that uses the power of documentary films to encourage community discussion of America’s civil rights history. NEH has partnered with the Gilder Lehrman Institute of American History to develop programmatic and support materials for the sites.

Each of the films was produced with NEH support, and each tells remarkable stories of individuals who challenged the social and legal status quo of deeply rooted institutions, from slavery to segregation. Created Equal programs bring communities together to revisit our shared history and help bridge deep racial and cultural divides in American civic life. Visit https://createdequal.neh.gov  for more information.

The Created Equal film set is made possible through a major grant from the National Endowment for the Humanities, as part of its Bridging Cultures initiative, in partnership with the Gilder Lehrman Institute of American History.

The Created Equal Film Festival is presented as part of the Embrace the Dream series of programs throughout the Grand Traverse region. Embrace the Dream is a collaboration founded upon the values of Dr. Martin Luther King, Jr., engaging the whole of our community through programming that inspires social justice and equality for all people.

Created Equal encourages communities to revisit the history of civil rights in America and to reflect on the ideals of freedom and equality that have helped bridge deep racial and cultural divides. This preview event features all four films in the series: The Abolitionists (2013); Slavery by Another Name (2012); The Loving Story (2011); and Freedom Riders (2011). In conjunction with full screenings of three films, January 23-26, this preview will help to frame a conversation and community-centered dialogue to take place on January 26 at the Dennos Museum Center.

It was a shocking reality that often went unacknowledged, then and now: a huge system of forced, unpaid labor, mostly affecting Southern black men, which lasted until World War II. Based on the Pulitzer Prize–winning book by Douglas Blackmon, Slavery by Another Name tells the stories of men, charged with crimes like vagrancy, and often guilty of nothing, who were bought and sold, abused, and subjected to sometimes deadly working conditions as unpaid convict labor. Interviews with the descendants of victims and perpetrators resonate with a modern audience. Christina Comer, who discovered how her family profited from the system, says that “the story is important no matter how painful the reality is.”

In conjunction with the Created Equal Film Festival, January 23-26, Slavery by Another Name will help to frame a conversation and community-centered dialogue to take place on January 26 at the Dennos Museum Center.

Mildred and Richard Loving knew it was technically illegal for them to live as a married couple in Virginia because she was of African American and Native American descent and he was white. But they never expected to be woken up in their bedroom and arrested one night in 1958. The documentary brings to life the Lovings’ marriage and the legal battle that followed through little-known filmed interviews and photographs shot for Life magazine.

In conjunction with the Created Equal Film Festival, January 23-26, The Loving Story will help to frame a conversation and community-centered dialogue to take place on January 26 at the Dennos Museum Center.

This inspirational documentary is about a band of courageous civil rights activists calling themselves the Freedom Riders. Gaining impressive access to influential figures on both sides of the issue, it chronicles a chapter of American history that stands as an astonishing testament to the accomplishment of youth and what can result from the incredible combination of personal conviction and the courage to organize against all odds.

In conjunction with the Created Equal Film Festival, January 23-26, Freedom Riders will help to frame a conversation and community-centered dialogue to take place on January 26 at the Dennos Museum Center.

As the closing event for the Created Equal Film Festival, the community is invited to a presentation and discussion with Dr. David Pilgrim of the Jim Crow Museum at Ferris State University, Big Rapids, MI. With documentary film as the catalyst, this event will explore themes surrounding the question, “Is the United States a post-racial society?” There is no requirement for watching any of the films, and the entire community is encouraged to attend. This program is free of charge, and light refreshments will be available.