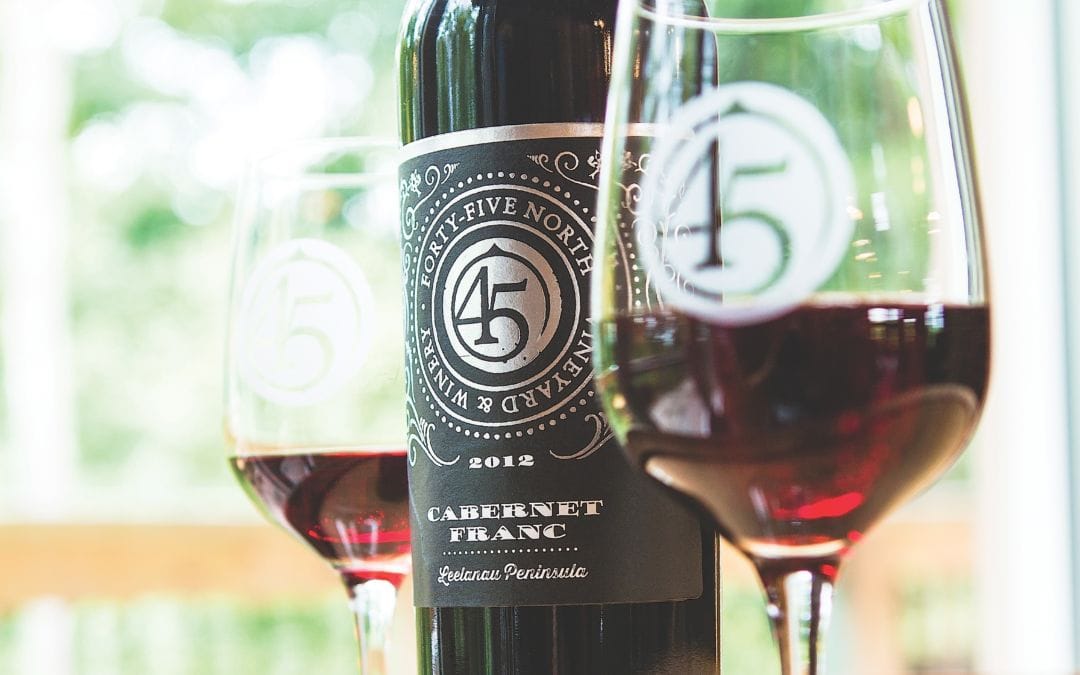 When autumn arrives, we find satisfaction in the brambly, savory soul of cabernet franc. With ancestral roots in France’s Loire Valley and Bordeaux regions, the nuanced and cold-hardy cabernet franc is the mother of cabernet sauvignon and presents a flavor profile built around raspberry, blackberry, tobacco, peppercorn and sweet herbs like mint and rosemary. Cab franc’s natural acidity and medium tannin-structure gives it great versatility on the table, and winemakers on the Old Mission and Leelanau peninsulas have been working to craft quality bottlings that answer the consumer demand for “big red wine.”

From one of the ripest seasons on record, this 2012 cab franc flashes hints of blackberry, violet and cocoa on the nose and is smoky and muscular on the palate. Decant before drinking.

The second vintage of this bottling in 20 years, Bowers Harbor Claret folds 34 percent merlot into cab franc fruit from the Erica and Langley vineyards. It sings with black plum and pepper with a dry, persistent aftermath.