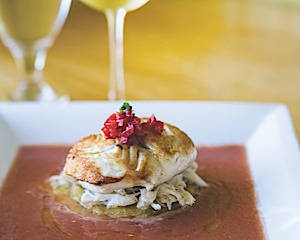 Pearly Kumamoto oysters stacked on crushed ice and Ahi tuna crudo with teardrop tomatoes join a delicious orbit of flash-seared Kobe filets and Spanish cheese plates. It’s a convergence that momentarily distracts Boathouse diners from the silvery waters of Bowers Harbor lapping just outside the window. In the kitchen, Chef DJ Dorsten and his crew shave house-cured bresaola and Jamon Iberico while crafting seasonal plates that promise an artful interplay of color and texture, mingling the bright harvest bounty of local farms and orchards with exquisite coastal fish and American Wagyu beef. The bright acids and orchard fruit aromas of a riesling grown in the surrounding vineyards pair perfectly with chilled shellfish from the raw bar or seared scallops resting on English pea risotto with local fava beans, roasted sweet corn and truffle cream. Carnivores can delight in a basil-crusted lamb rack with mint and honey gastrique or classic Chateaubriand with summer truffles paired with a local merlot blend or trophy West Coast cabernet. 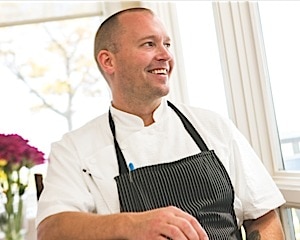 From his beginnings as butcher’s boy in the family IGA, DJ Dorsten completed college and followed his culinary passion at New York’s French Culinary Institute, where he learned classic technique at NYC’s famed Le Cirque. After stages in Barcelona and Chicago’s Alinea, Dorsten returned north to take over as new chef at The Boathouse. We catch up with Chef DJ to talk Spanish technique writ local and a quick recipe for late summer Romesco.

What’s the lure of Spanish cooking?

Catalan cuisine is driven more by ingredients than technique and really focuses on the harmony of flavors between all the ingredients in a dish. Unlike building layers of flavor in a classic French sauce, there’s very little manipulation in this kind of cooking. Barcelona, like Northern Michigan, has amazing access to fresh ingredients, and I let those steer my menu.

I hear there’s even some Spain in the sausages at The Boathouse?

I’m big into charcuterie and butchery of whole animals. We use a lot of those primal cuts to make Spanish-style charcuterie; I have two house-cured Serrano-style hams aging right now as well as lamb lomo on the menu. Our cheese program at Boathouse is almost entirely Spanish.

You hinted at an easy recipe for Romesco; can we get in on that?

Put whole fresh tomatoes, Vidalia onions and red bell peppers on the grill until they’re charred and slightly soft. Put them in a deep saucepan with some chicken stock and a pinch of saffron and heat through. Season to taste with sherry vinegar, salt and pepper, and then purée the vegetable/saffron mixture in a food processor with torn bread and Marcona almonds. It needs to be kind of chunky and makes a great sauce for meat or a dip for fresh vegetables.

This article is featured in the September 2013 issue of Traverse, Northern Michigan's Magazine. Get your copy today! 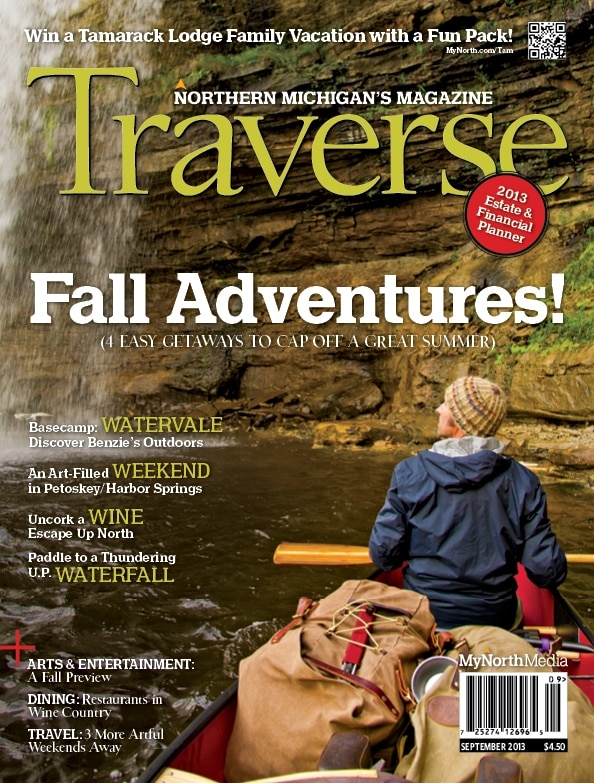