An Interview with Scott Craig, Author of The Story Next Door 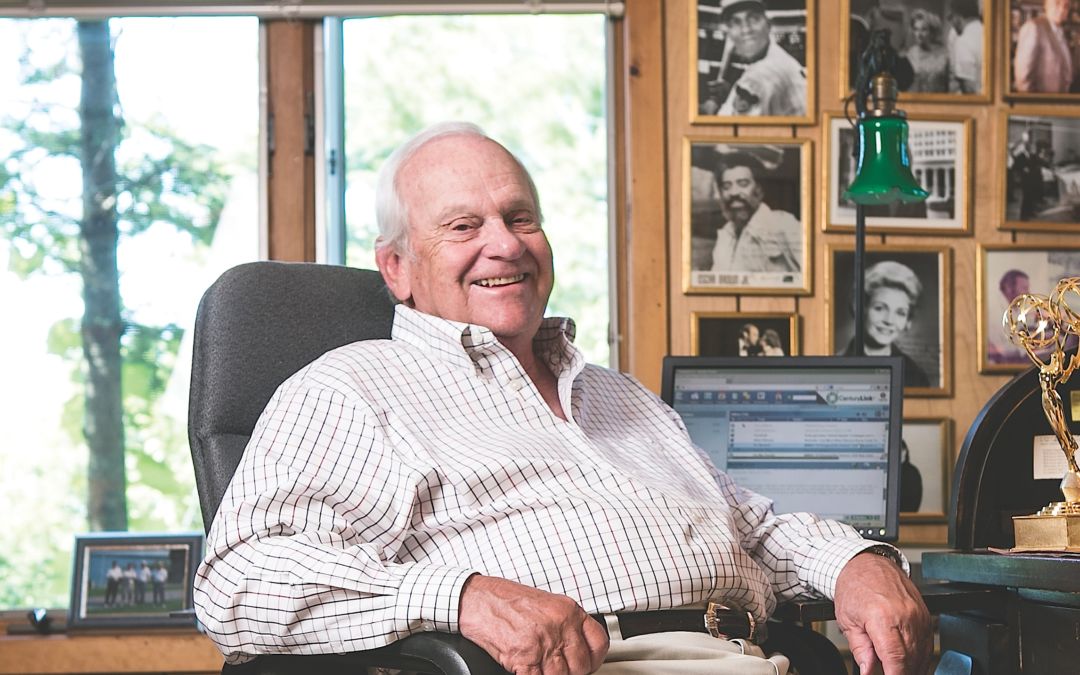 Scott Craig, the storyteller from Northern Michigan’s Leland, is the award-winning television documentarian and author of new book The Story Next Door.

In his book, Craig translates his popular Interlochen Public Radio station series of the same name to the written word, highlighting 44 people and their significant life moments. Though profile subjects are from Northern Michigan, their experiences are universal, the 79-year-old says. Craig shares with us why storytelling is so important, as well as a few tidbits about his own life.

So how did the radio version of The Story Next Door get started?

In 2005—I can’t believe we’ve been doing this so long—I had recently retired as a television producer to my home in Leland, and I was looking for stuff to do. I had always been a great admirer of Interlochen Public Radio. I’ve prided myself on being pretty good with human-interest stories. I came up with that idea that everyone has a story worth hearing. They told me to write six of them first. We started doing them on the air once a month and pretty soon people were calling in and writing to me with all kinds of ideas. At the time the book was written, I had done about 50 of them; to date, 70. I chose 44 for the book.

And what was it like turning the stories into a book?

It’s magic. I had never written a book. I had done something like 700 television programs. Meeting each of these people—it’s a very rewarding experience. I like people, and I like people’s stories. And I4 think it’s a shame if some of these things are never brought into the light. I think it’s important that these stories be told to as wide an audience as possible. I hope the audience gets some meaning to them, maybe in their own lives.

How do you choose your subjects?

It’s not very hard now because people stop me in the street or send letters to me. The first bunch I either knew or had read about. Now most come to me. I put them in a file and get around to them.

Any stories stand out as particularly ?memorable?

A while back, at a fundraiser for the Old Art Building in Leland, if people donated $1,000, their name was put in a hat. I would do a story, and John Scott was the name pulled out of the hat. I knew him from a distance—he was a successful lawyer downstate. Something happened with the law firm down there and he decided to come north. He had also given up the idea of being a painter, which he had wanted to be before becoming a lawyer. The life-changing experience for him was hiking the Appalachian Trail to clear his mind. When his mind was clear, he knew he wanted to move north and grow grapes.

What about your own story—anything you’d like to tell us?

I’m 79 years old. I have lots of stories. [laughs] Well, at 17, I graduated from high school and three buddies and I bought an old hearse, put bunks in the back, and drove from Ohio to Alaska and fought forest fires. You slept in a sleeping bag and tent. There was no place to spend your paycheck, so I came home with $2,000 in my pocket.

What’s next for you?

I am still enjoying The Story Next Door on the radio, and I am writing, doing a little editing. I’m going to write some stuff just for my family. This home I own up here is on a hill, a 111-year-old house, and I know a lot about it. It overlooks the beach and Lake Michigan. Who knows, we’ll see how well the next story goes. I also try to hold my golf down to six days a week.

This article is also featured in print in the October 2013 issue of Traverse, Northern Michigan’s Magazine. Get your copy today!
X
X