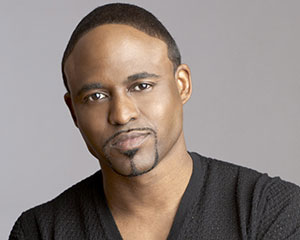 Northern Michigan Events: For Wayne Brady, being funny on command is like breathing. Well, maybe not that automatic, but ask him if he’s ever scared about going onstage without anything prepared, or how he does what he does, and he’ll return the question. “Why should I be scared? It’s what I do. It’s like asking your favorite football or basketball player how they do what they do. It’s a skill,” he said.

Brady, who will be performing his live show at Little River Casino in Manistee Sept. 14, says his background in acting, comedy and music come together to enable him to create new personas and routines every time he performs. “It’s a live show, live improv. It’s 100 percent improvised from the time I step on stage till I leave. It’s like a one-man variety show.

Brady goes on to compare what he does to that of an instrumentalist soloing in the middle of a tune. You learn how to play your instrument and then, hearing what the chords are, you play something that fits in, composing in the moment. “If you’re in jazz, once you have the fundamentals, you just free yourself,” he said. “That’s what I set out to do every time I step on the stage.”

So what might the audience get? Well, maybe a takeoff on the Beatles’ “I Am the Walrus” as done by Prince during his purple reign. Or some other song made up on the spot. Maybe some scenes from a hat. Or some audience suggestion.

Actually, that’s exactly what you can expect. Brady says he will garner suggestions from the audience. “I’ll divide the audience into two groups. One writes questions they want to ask,” he said. He knowledges that there’s danger in this approach. “You always hope for a modicum of taste.” As for the other half of the audience, Brady asks them to write down song titles. He and his accompanist then will create sketches and songs on the spot from the audience suggestions.

Brady came to his improvisational skills through a love of acting, music and comedy. He first got the bug in high school when he started performing in community theater and with an improv troupe in Orlando. His career really began in 1998, as one of the performers in the original (British) version of the improvisational sketch comedy show Whose Line Is It Anyway?, alongside Ryan Stiles and Colin Mochrie, when the last season was filmed in Hollywood. Following that the three became regulars on the American version, hosted by Drew Carey, in which Brady quickly became an audience favorite. In 2003, he won a Primetime Emmy Award for Outstanding Individual Performance in a Variety, Musical or Comedy Series for his work on the show.

In 2001, he parlayed that exposure into the ABC variety show called simply The Wayne Brady Show, which after one season morphed into a daytime talk show of the same name. It lasted two seasons and won four Daytime Emmy Awards, two of which went to Brady for Outstanding Talk Show Host. Brady also guest-starred on The Drew Carey Show in 1999 and 2000 to take part in “Drew Live” and “Drew Live II.” On the show, Brady played several games taken from Whose Line Is It Anyway? with other characters.

Brady starred on Broadway in the revival of Chicago. He’s also guested on several TV shows, including Reno 911!, Stargate SG-1, Chappelle's Show, 30 Rock, and How I Met Your Mother, to which he’ll return to this season. Brady also hosted That's What I'm Talking About, a talk show discussing the role of African-Americans in the entertainment industry; Celebrity Duets on FOX; and the game show Don’t Forget the Lyrics. That all led to his current gig, hosting the revival of Let’s Make a Deal, which he says he enjoys because it’s not just a game show, it’s entertainment. “It works because it’s in my wheelhouse. It’s an entertainment show within a game show,” he said.

Musically, Brady credits Same Cooke, Donny Hathaway and Sammy Davis Jr. for inspiring him. That’s led him not only to his improvisational songs, but two recordings with a third on the way. The first is an old school r&b-flavored recording, featuring jazz luminaries such as Wayne Bergeron, Warren Luening and George Duke, while the second is a kids’ album. Upcoming is what he calls a soul record reminiscent of the 60s but with hip hop influences.