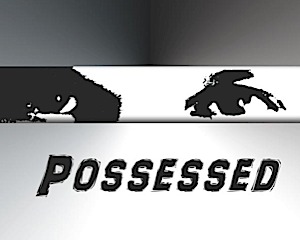 Northern Michigan Books: Co-authors Phillip J. Crowley and Kenneth C. Wylie have teamed up to tell a story inspired by true Northern Michigan events in the seventies. The story is one of a Kalkaska County woman trapped in a hell of domestic violence. At a time when society is resistant in challenging abuse in the home, a Northern Michigan woman fights for her safety and freedom.  Crowley, a former Kalkaska County Michigan Prosecuting Attorney joins Peace Corps vet and freelance writer Wylie in their novel Possessed.

"What had she done? Alone, scared, sitting in the holding cell of the Kalkaska County Sheriff's Department, Iris Harris never imagined she would be trapped in a battering relationship. Her life was not without struggles by by her forties she was content and fulfilled, teaching inner city children in the City of Detroit. A chance encounter, in a small mid-Michigan town, with an older outwardly pleasant and charming real estate agent, plunged her into a nightmare of emotional, physical and sexual abuse. She became his possession. It was the seventies. The legal system was impotent to render assistance. Society was incapable of understanding the dynamics of domestic violence and unwilling to intervene. To her friends and neighbors she was the one at fault. Iris was ensnared in a vicious cycle of abuse. Her only wish—to be free. Her only hope—to be found not guilty. "

Where to get the book: