What To Do When A Bear Attacks 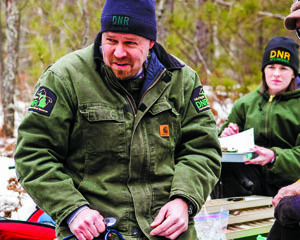 Two Michigan conservation officers responded to a complaint about a bear at approximately 11:30 p.m. Saturday in Wexford County’s Selma Township, the Michigan Department of Natural Resources announced today. Conservation Officers Sam Koscinski and Holly Pennoni arrived on scene to find that a man had shot and wounded a bear on his property because he perceived the bear to be a threat to his life. Koscinksi and Pennoni subsequently tracked the bear and shot and killed the animal at approximately 2:45 a.m. Sunday.

The bear was killed about two miles from the area of a bear attack on 12-year-old Abby Wetherell that occurred Thursday, August 15, in Haring Township, Wexford County. It is uncertain whether the bear killed Sunday is the same bear involved in Thursday’s attack. Abby underwent surgery at Munson Medical Center in Traverse City. She was released from the hospital today and is recovering at her Haring Township home.

The bear’s carcass has been sent to the DNR Wildlife Disease Laboratory in Lansing for DNA and disease testing. The animal will be checked against fur and other DNA samples lifted from Abby’s clothing and from the area of Thursday’s attack. Because of the difficulty of extracting DNA evidence and the time required for processing tests, results will take several days. The bear killed Sunday may not be the animal responsible for Thursday’s attack. The DNR will continue to keep bear traps in the area of the attack and to monitor bear activity in the area.

The DNR asks the public to report bear sightings in the area of the attack. Reports can be made to the DNR’s Report All Poaching (RAP) Hotline, 800-292-7800, or the department’s Cadillac Operations Service Center at (231) 775-9727. The black bear is a protected species under Michigan law. The public is reminded not to shoot a bear unless the animal poses an immediate threat.

Michigan has an estimated black bear population of 8,000 to 10,000 bears with 90 percent of the population in the Upper Peninsula. There is an established bear population in the area of Wexford County where Thursday’s attack occurred. Black bears are generally fearful of humans and will usually leave if they become aware that people are present. Bear attacks on human beings are highly unusual, and in most cases occur because a sow is protecting her cubs. However, there is no evidence that cubs were present where the attack on Abby occurred.

The DNR reminds those living in areas where bears may be present:

For additional information on living with bears, visit the DNR website at michigan.gov/bear.