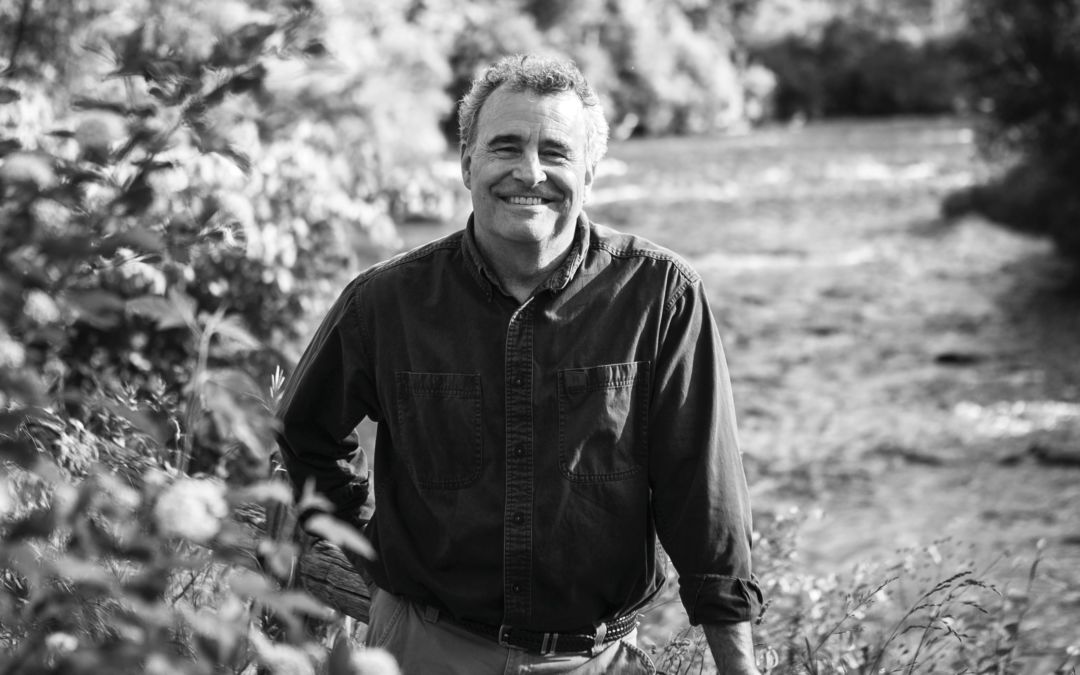 Writer Jerry Dennis has spent his entire career spreading the gospel about the beauty of the Great Lakes—and it all started with his very first book, Canoeing Michigan Rivers (1986), considered the bible of paddling in Michigan. Now, nearly 30 years after Dennis and co-author Craig Date canoed some 1,500 miles on 45 rivers for the book’s first incarnation, the pair has revisited each of those rivers to release a fully updated edition complete with a brand-new online hub (canoeingmichiganrivers.net). Dennis recently chatted with us to reflect on the book, the rivers, and the evolution of paddling in Michigan:

So, what inspired this new edition of Canoeing Michigan Rivers?

We made the decision real early in the life of the book that we’d update it regularly because we wanted to keep it relevant. And we were getting a lot of requests from readers. And, selfishly, it was my first book, and I’m like a protective father: It’s my daughter and I want her to be healthy and happy.

What did you find when you revisited the rivers?

We found lots of bridges that were out and campgrounds that had been closed; a few new campgrounds too. But what I noticed—which really heartened me—is that the rivers themselves had changed very little. There are a few exceptions, of course; a few environmental messes. The Kalamazoo River is the best-known one; the oil spill there is still being cleaned up. But otherwise most of the changes we saw were just along the banks: bridges and campgrounds.

That must have felt great to see so many rivers still healthy.

Yes. You know, in the 30 years since we embarked on the first edition of the book, the single biggest change I’ve seen is the number of people committed to protecting the rivers. In those days there were very few local environmental groups who were willing to be watchdogs. Now, many rivers have people who are watching out for them. You can do a Google search for just about any river and find a group designed to protect and guard it.

What about Michigan’s paddling culture; has that changed over the years too?

The biggest change is the number of kayakers. Back when we wrote the book, sea kayaking was starting to get known in the Great Lakes region; not a lot of people were kayaking Michigan rivers. Now it’s far and away the most popular way to spend time on a river. Maybe challenged only by inner tubes.

With so many rivers under your belt, do you have a favorite?

My absolute, hands-down, favorite river on Earth for paddling, fishing, walking beside and everything else is the Boardman. It’s a sleeper—there are lots of secret places on it. Get away from the bridges and you’ll start to see what I mean. She’s just a beautiful river. There are very few rivers in the Midwest that are as pretty as the Boardman, in my opinion.

What about you? How have you changed as a paddler since you first wrote the book?

Well, I’m a lot mellower. I used to want to paddle every rapids I met and loved nothing more than diving into Class IV whitewater. Now I’m a lot more content to drift on a quiet river and sit along the bank and watch birds. That makes me very happy now.