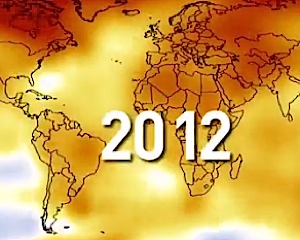 Traverse City Film Festival: Every so often, documentary is made that has the potential to fundamentally change the way people think. At this year’s Traverse City Film Festival, Pandora’s Promise, which makes a compelling and meticulously researched argument for the benefits—and increasing necessity for—the use of nuclear energy, proved to be one of those films. On Saturday evening, audience members ranging from a government nuclear energy expert to anti-nuclear activists to people simply interested in learning about new avenues to sustainable energy gathered in the City Opera House for TCFF’s second screening of the film. After watching the documentary, director Robert Stone and TCFF founder Michael Moore led an audience Q&A about the long-standing debates surrounding the controversial issue of nuclear energy.

This provocative film, which chronicles the history of both nuclear energy and the anti-nuclear movement, dares to ask pragmatic questions about the reality of sustaining the energy needs of a planet with limited fossil fuel resources and a rapidly growing population, while still preserving the environment and tackling global poverty. For Stone, and the many environmental experts consulted in the film, the answer is nuclear energy. Pandora’s Promise is an investigation that manages to re-write the narrative of the solution to sustainable energy in a way that, based on the receptiveness of the film by most audience  members, is clear, concise, and overwhelmingly convincing. During the TCFF Filmmaker Party on Saturday night, MyNorth.com sat down with Stone for an exclusive interview about his bold message and his hope for its ability to effect real change.

Ariana Hendrix: Can you tell me about your journey from being an anti-nuclear activist to making the first prominent pro-nuclear energy documentary?

Robert Stone: I was never really an activist; I was, and remain passionately against nuclear weapons. Documentary filmmakers are observers for the most part, but being anti-nuclear was my default position for many years. And really, it was when I started to look into environmental issues, such as when I made my last film (Earth Days, 2009), that I came to realize that all of the things that environmentalists have been counting on to solve climate change for the past 25 years have failed. We thought we could reduce our energy consumption by energy efficiency; we thought we could displace fossil fuels by using wind and solar energy, but solar is currently only .1% of America’s energy and wind is about 3%; globally, it’s infinitesimal, even after all these years. There was the assumption that fossil fuels were going to become scarce, and more expensive, and therefore all of the alternatives would become more economical and viable; not true. CO2 emissions are going up at an accelerating rate, and coal use is going up at an accelerating rate, and anybody who looks at what’s actually happening and thinks that we should just stay the course is insane, and actually part of the problem. So, that’s what caused me to reconsider nuclear energy, as a lot of other people have. And once you decide to reconsider it, you realize that all these things that you thought were so bad about it actually aren’t true.

AH: For those who haven’t seen the film, what would you say is the central thesis statement of your pro-nuclear energy argument?

RS: The main thesis statement is that some of the best and most intelligent thinkers in the world about climate and energy are all coming around to the idea that we need more than just wind and solar, and that we’re at a tipping point where this is going to become—though right now it might seem weird and fringy to some people—rapidly mainstream. What you saw tonight—that flip in audience approval, where people are willing to consider nuclear energy as a power source—has happened in every screening I’ve shown of this film. So when people come to see the film, they’re going to walk out changed.

AH: In the film you commented on the seeming complexity of the science behind nuclear energy, and how people often don’t understand how it actually works, or don’t care to learn how it works because they’re afraid of it. How do you think we can explain nuclear energy to Americans to convince them that it is safe and efficient?

RS: I think that’s one of the hurdles that nuclear power has, because it’s this complicated thing. It’s E=MC2. It’s a massive amount of energy out of a tiny, tiny piece of matter, and we wonder, how does that work? People will tolerate the coal plant down the road because it’s always been there and they kind of understand how a lump of coal works. But once they understand that all a nuclear power plant is doing is making heat just like a coal plant or a gas plant, they’ll see it’s not so complex. It’s actually all very simple.

AH: And you think we can convince the American public of that?

RS: Polls show that around 57% of people are in favor of nuclear power, and that didn’t really change after Fukushima. So I think you’ve got a situation politically here that’s not unlike the gun lobby. You’ve got a really small, but incredibly vocal and politically powerful minority, and they are impeding progress. Right now there is no incentive for a politician to come out and say they’re pro-nuclear. Obama did, to his credit, but after Fukushima, he hasn’t really said anything and has been working quietly behind the scenes. But he knows, and his whole administration supports everything that’s in the film.

AH: What power does documentary filmmaking have in starting movements and causing real change?

RS: That’s a great question. I have always been cynical about the ability of documentaries to actually change people’s minds about anything because I think that most documentaries tend to preach to the choir. People often go to see documentaries to have their pre-conceived views reinforced. Like, how many climate deniers went to see An Inconvenient Truth and came out changed? So, I tried to do something different here and it’s succeeding beyond my wildest dreams. When people see it, they tell their friends, they talk about it, and they change. I’m only in the beginning of a long process to try to get as many people around to see the film. This message is not political; it’s coming from within the environmental movement. I was anti-nuclear, I care about climate change, I care about the future of the planet. I’ve looked at all the alternatives, but this has the science behind it, and it was as big a surprise to me as it is to you. That’s a persuasive case.

Check out the full schedule of the 2013 Traverse City Film Festival!