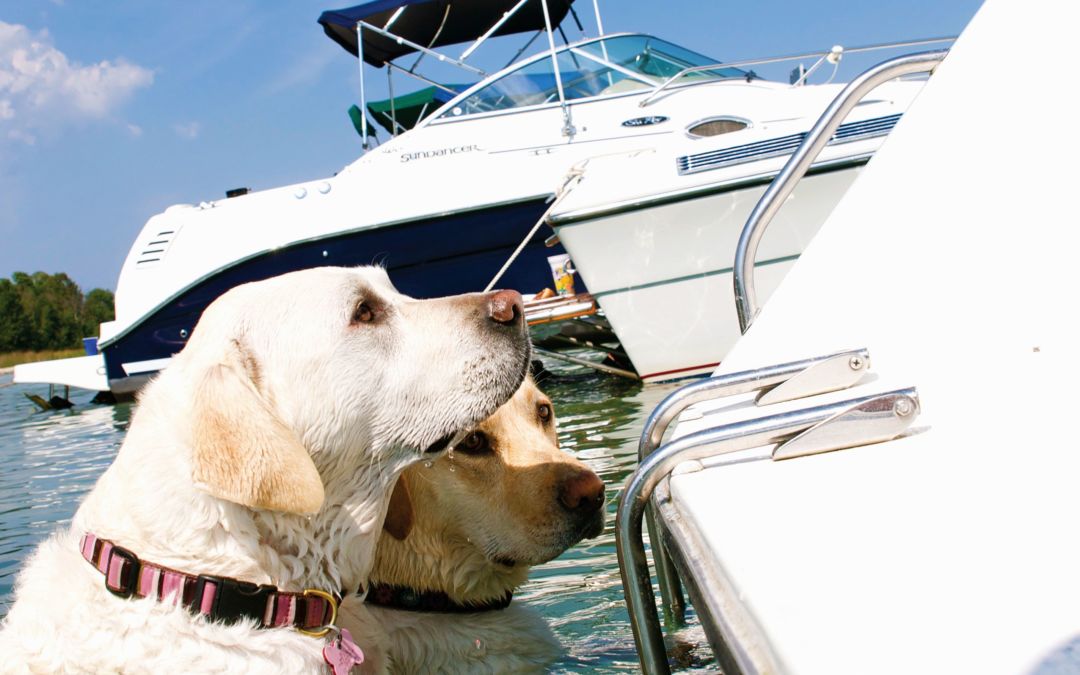 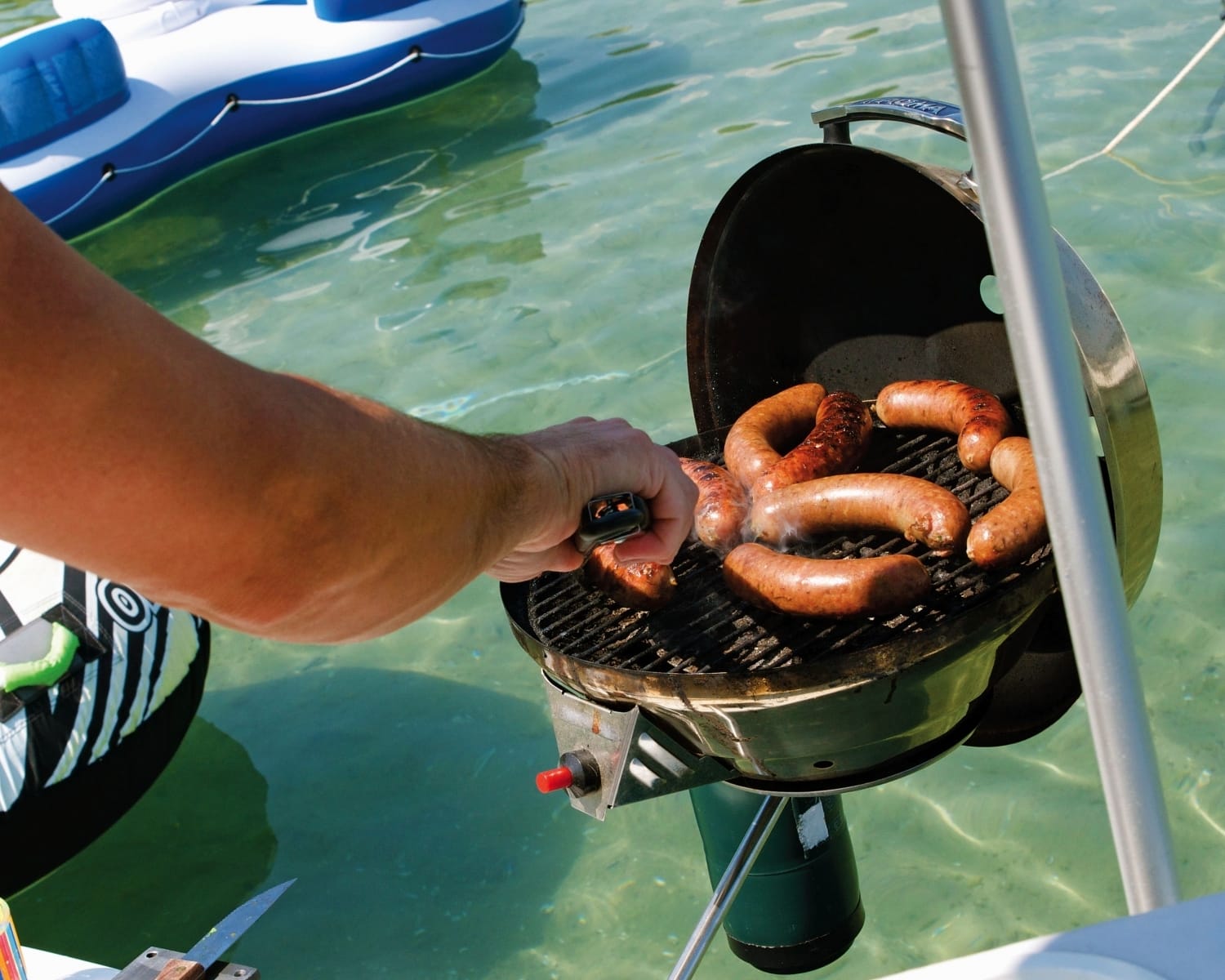 Ever heard that saying, “Hunger makes a fine sauce”? Well, after a day of play on the water, your hunger kicks in, and your taste buds are aching to reward you for eating by heightening the flavor of everything. Give the ole tasters fragrant and juicy reasons to be happy and the eating rises to new levels of goodness. Grill meister Mike Gorney offers up three easy but delicious on-the-go recipes to satisfy.

Mike turns to his go-to marinade recipe and to the freezer where he keeps his autumn pheasant take for this recipe. You can find pheasant at good butcher shops.

Make it: Buy a pound of maple-cured bacon and two pheasants. Cut the pheasant meat into 1- to 2-inch cubes and wrap each cube with a half-piece of maple-cured bacon. Mike prefers Pleva’s bacon (butcher in Cedar). Hold the bacon together with a toothpick—also handy for flipping on the grill. Mix a marinade with one bottle of robusto Italian (Paul Newman, Wishbone, whatever) dressing, one shot of whiskey and a bit of fresh-ground black pepper. Pour the marinade over the bacon-wrapped pheasant and let it set overnight if you have time, otherwise, a couple of hours. Grill on low, turn often and be ready for frequent flare-ups. Cook for 20 to 30 minutes.

Mike turns again to his go-to marinade (we’re keeping it simple, remember) and Kirstin heads to the Traverse City farmers market for whatever’s fresh to put together the ever-popular shish-kebabs.

Make it: Cut chicken and/or venison into 1- to 2-inch cubes. Put three or four cubes on a skewer. Standard veggie components are pineapple, onion and sweet peppers. Innovate as you see fit. Build the skewers and then make the marinade: a bottle of robusto Italian dressing, a shot of whiskey and fresh-ground black pepper. Marinate over night or at least a couple of hours. Grill at medium. Serve when done.

Ever the outdoorsman, Mike again turns to his game freezer or even better, to salmon that he and Kirstin caught the night before and is still fresh, for this tasty Great Lakes grill gem. You can buy salmon filets at most grocery stores or fish mongers like Cross Fisheries (Charlevoix), Carlson’s (Leland), Burritt’s (Traverse City).

Make it: Buy enough salmon for your party, about half a pound per person is rule of thumb, more for big eaters. Drizzle fillets with Fustini’s Meyer Lemon Olive Oil (the Fustini’s shop is on Front Street, Traverse City or online). Then sprinkle kosher salt, fresh-ground black pepper and fresh dill. The Gorneys’ fresh-source their dill at the Traverse City farmers market. Lay two or three sprigs of dill on each filet. Put on the grill set to medium.