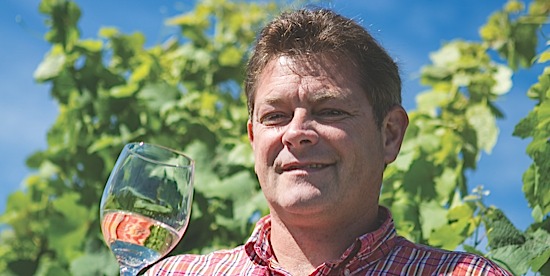 Leland local Andy McFarlane took over as director of the Leelanau Peninsula Vintners Association (LPVA) in 2006 overseeing an new era of explosive growth in the Northern Michigan wine industry. We caught up with Andy to get some inside tips on where our wines are headed and how 2012 shaped up for area vintners. The following interview was first featured in the September 2013 issue of Traverse, Northern Michigan’s Magazine. (Note: McFarlane has since stepped aside and Lori Hathaway has taken the LPVA reins.)

2012 was the third in a trifecta of great vintages for Northern Michigan. The reds being released this fall (2013) are some of the most concentrated and exciting we’ve ever seen, and a lot of people aren’t aware of how serious our red wines have become. With all the new wineries that have opened in the last year, I encourage people to mix it up; fold a few new tasting rooms into that tour of their favorites. There’s more great wine up here than ever before.

I have to believe you have a favorite late summer wine pairing?

I’m gonna go a little unconventional on this one. Pick up a ripe wheel of Camembert, some ripe local peaches and a bottle of 45 North’s Peach Crémant. Place the Camembert in a round baking dish, top with sliced peaches, two tablespoons of maple syrup and one-third of the Peach Crémant. Bake for 20 minutes at 325 degrees and enjoy with the remaining Crémant. 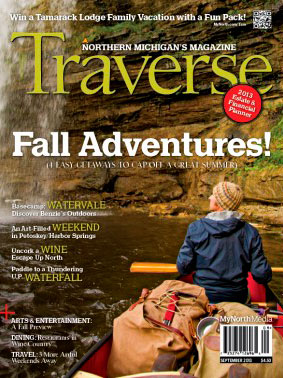