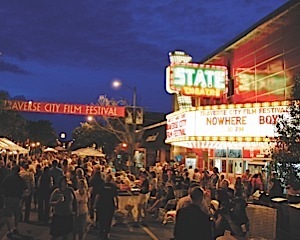 The music of the Beatles tells the story of a romance between an upper crust American girl and a penniless Liverpudlian artist in director Julie Taymor’s breathtaking musical set amid the helter skelter days of anti-war protests and the civil rights movement. Our star-crossed lovers are torn from each other's lives by the tumult, but with a little help from their friends, they just may find their way back to together. The film’s deft incorporation and imaginative interpretations of the Beatles songbook are at once a stunningly nostalgic and fresh experience. If all you need is love, let's come together at the Open Space for a celebration of song.

Pirates of the Caribbean: The Curse of the Black Pearl

If a pirate’s life is for you, then don’t miss our special waterfront screening of Disney’s swashbuckling epic brimming with humor, action, adventure and romance. Johnny Depp plays the world’s most eccentric pirate, the roguish yet charming Captain Jack Sparrow, on a mission to reclaim his old ship, the Black Pearl. Sparrow becomes unlikely allies with a virtuous blacksmith (Orlando Bloom) trying to save the woman he loves (Keira Knightley) from the clutches of Sparrow’s former crew—now cursed members of the undead. So come aboard, mateys, for a rollicking thrill ride on the high sea at the Open Space. 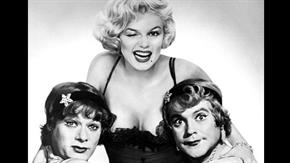 Nobody’s perfect, but this film might very well be. After accidentally witnessing a murder, two Chicago musicians (Jack Lemmon and Tony Curtis) go on the run from the mob disguised as members of an all-girl band headed to Florida. With gangsters hot on their trail, mayhem ensues as the men try to keep up their gender-bending ruses while growing close to the oh-so-lovely Sugar Kane (Marilyn Monroe) and a millionaire who can’t seem to take a hint. A true treasure of American cinema and one of the greatest comedies of all-time, "Some Like It Hot" proves that director Billy Wilder’s biting wit and cheery cynicism has only gotten better with age.

This sci-fi extravaganza from the master of the disaster Roland Emmerich has everything you could possibly want from a spectacular summer blockbuster: slick special effects, explosive action sequences, romantic subplots, an adorable child—and Will Smith. Aliens have arrived on earth, and—shockingly enough—they do not come in peace. Following the invasion, a disparate group of intrepid survivors, including a washed-up MIT graduate, the President, a local nutcase, an Air Force captain and an exotic dancer, band together to launch a counterattack that proves superior technology is simply no match for good ol' American ingenuity.

Traverse City, we have a problem…if you don’t come out for the winner of this year’s People’s Choice vote. Based on the gripping true story of NASA’s ill-fated mission to the moon, "Apollo 13" stars Tom Hanks, Kevin Bacon and Bill Pullman as a trio of astronauts caught in a desperate struggle to survive after an explosion cripples their spacecraft. With little more than duct tape and cardboard to fix the ship, Mission Control races against time to bring the crew safely home. A thrilling example of humanity’s extraordinary achievements, we invite you and your family to dare to dream among the stars with us. 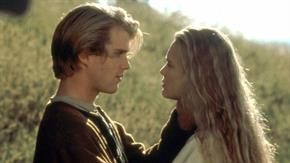 It would be inconceivable to miss director Rob Reiner’s beloved (and highly-quotable) bedtime story that proves even death cannot stop true love. This enchanting fairy tale, complete with pirates, magic, swordplay, fire swamps, rodents (of unusual size), revenge, miracles, escapes and yes, even its fair share of kissing, will delight the entire family with wit and wonder. So if you are looking for an evening filled with thrills and laughs–well, as you wish. We also invite you to join us starting at 7pm for a bash to close the festival, with live music, games, prizes, and desserts.