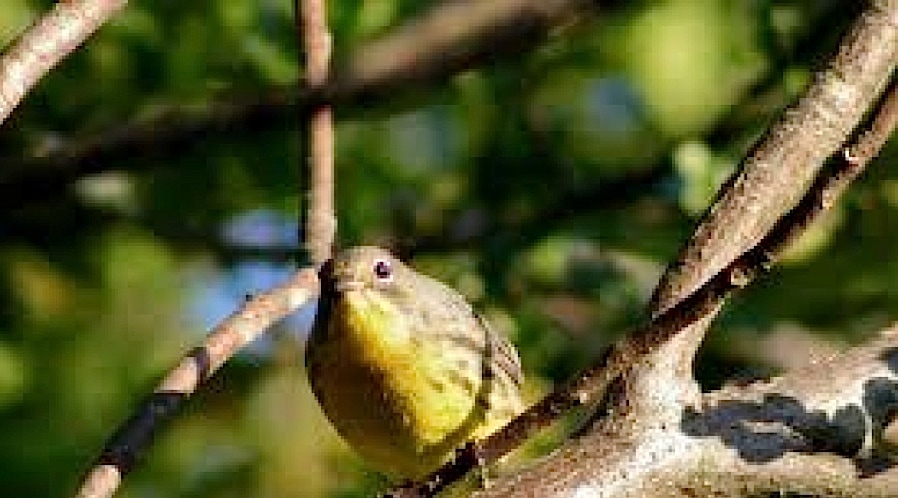 When President Richard Nixon signed the Endangered Species Act 40 years ago, Northern Michigan’s Kirtland’s Warbler was there, perched on the original list, and perched precariously at the brink of extinction.  Protected in theory, but apparently not in practice in those early days, because the handsome little bird (like a bluebird with a sunny yellow breast) saw its population continue to sputter, reaching a frightful low of 167 pairs in 1987.

But then wildlife biologists got a better handle on the birds’ habitat needs in the Northern Michigan outdoors, identified key threats and dialed in the recovery plan. Starting 11 years ago, the Kirtland’s mounted a steady recovery, with population climbing to 2,090 pairs in June 2012. The Kirtland’s recovery plan says delisting will begin when the bird population remains above 1,000 pairs for 10 straight years—a bar the species has met. We check in with Abigail Ertel, Kirtland’s Warbler coordinator for the conservation group Huron Pines to learn what comes next for our rare half-ounce bird that summers near Grayling and wings it to the Bahamas for winter.

So how will the Kirtland’s continue to thrive if it is eventually delisted?

The thing about the Kirtland’s is that its survival is 100 percent reliant on human action—people making sure there are always enough young Jack pine, people capturing the brown-headed cowbirds that invade Kirtland’s nests and kill their young. So what we are doing now is forming a public-private partnership and a foundation that can really be a model for habitat recovery and ensure the bird has what it needs for the long term and have a program that is not reliant on government funding, which can be uncertain.

What kind of capital will it take?

We’re kicking off a $4 million fundraising effort this year.

Has the process begun to remove the Kirtland’s from the endangered species list?

No, but this public-private partnership is seen as putting in the long-term support network the Kirtland’s needs to set the wheels in motion for delisting.

Why is the Kirtland’s warbler recovery getting national attention in the conservation community?

The reality is that just 28 species of more than 2,000 listed have recovered enough to be delisted in the ESA’s 40 years, and none have been delisted as a result of successful habitat management, like the Kirtland’s. The Kirtland’s recovery isn’t because of a decrease in hunting pressure or a ban on a chemical. This was about people coming together, applying a strategy to the landscape and seeing that strategy succeed.

Why was Huron Pines selected to lead the public-private partnership?

I think for a few reasons. We have the ability to bring partners to the table to address conservation challenges. We don’t hold ourselves up as experts in all things, but we know how to bring people together to discuss solutions. And we’ve lived in the Kirtland’s habitat for 40 years, so we have knowledge of the area. And from a stewardship standpoint, we know how to get people out to help, to call their legislators if needed.

So how do you go about broadening support for the Kirtland’s?

Well, one example, we’d help people understand that the Jack pine forest is a multi-species habitat. It benefits deer and snowshoe hare, wild turkey, grouse. So if, say a group is a fly-fishing group, we’d explain the clean, clear water that trout need is all about the health of soils, and the Jack pine that Kirtland’s needs helps soils, too. 989.448.2293, huronpines.org.

This article is also featured in the July 2013 issue of Traverse, Northern Michigan’s Magazine. Get your copy now!
X
X