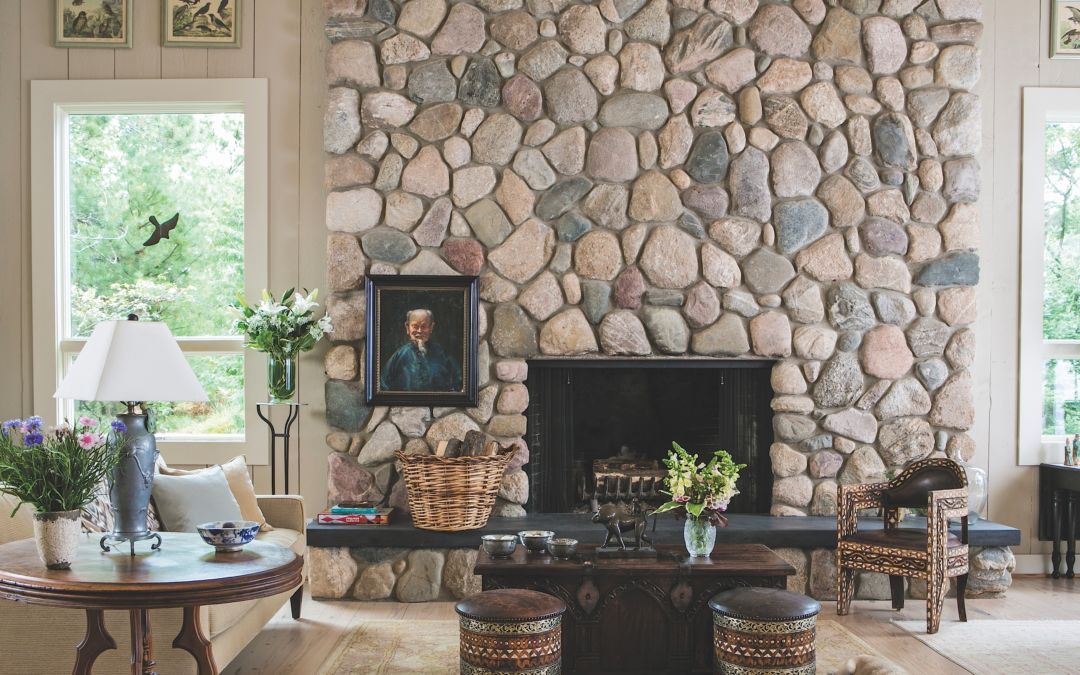 Artist Elizabeth Pollie didn’t want to box her Harbor Springs home into one style.  In her paintings of landscapes and animals, Harbor Springs–based artist Elizabeth Pollie skillfully alters reality using brushwork, composition and color. Chosen bits of matter recede in importance, even disappear, while others burst with vitality and strength. Her work is simultaneously technically proficient and so connected to life as to deepen our perceptions of what is.

As in her work, so in her home. When Elizabeth and her husband, Bernie Schaffer, moved into their home just over a decade ago, it was largely for the magnificent piece of property—a sandy bluff where red pines frame a dramatic and ever-changing view of Lake Michigan’s Sturgeon Bay. The home, already 30 years old when they moved in, began its life as an example of unimaginative 1970s design. Years later, the next owners transformed the house into a tasteful rendition of rustic. While Elizabeth and Bernie were enamored with what they’d done to the home, they knew they wanted to express their own personal style—and for Elizabeth that meant pulling on her artistic skills. 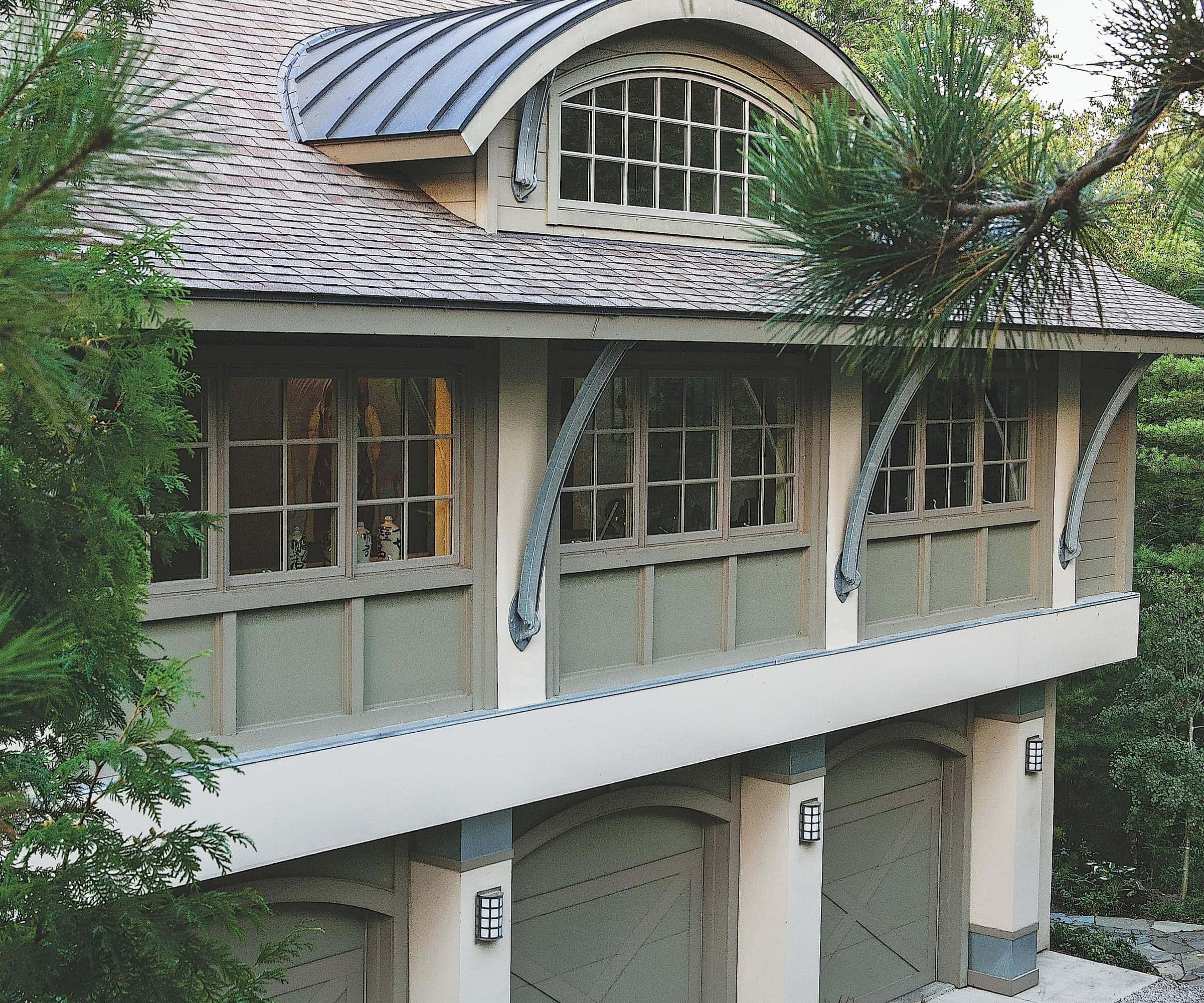 Taking a cue from her father, who’d transformed a boring brick box of a home into a modernist head turner when she was growing up, Elizabeth designed the renovation herself. That said, Elizabeth wasn’t after a modernist look—or any particular style. “The main thrust is almost rejecting any one style—rejecting being boxed into a certain era,” she says. “Every decision I made was based on the most timeless kind of design I could possibly think of. The key to that is clean lines, balance, staying away from anything overly detailed, natural materials.” To that end, the massive stone fireplace, original to the home, is an element Elizabeth knew she would keep from the start of the remodel. “The fireplace is such a gift,” she says. “Those stones are just remarkable, and I think they also set up a great backdrop for more natural materials and colors.”

Indeed, the soft grays of the fireplace stonework transitioned easily into the taupe, sand, greenish gray, and palest blue palette thatElizabeth painstakingly chose for the home. “The interior colors are very influenced by what you see out the windows,” she says. “That was really key in terms of [giving the feeling] of breaking the walls down without losing them completely. None of the colors are foreign to what you’d find in the world right outside the house.” 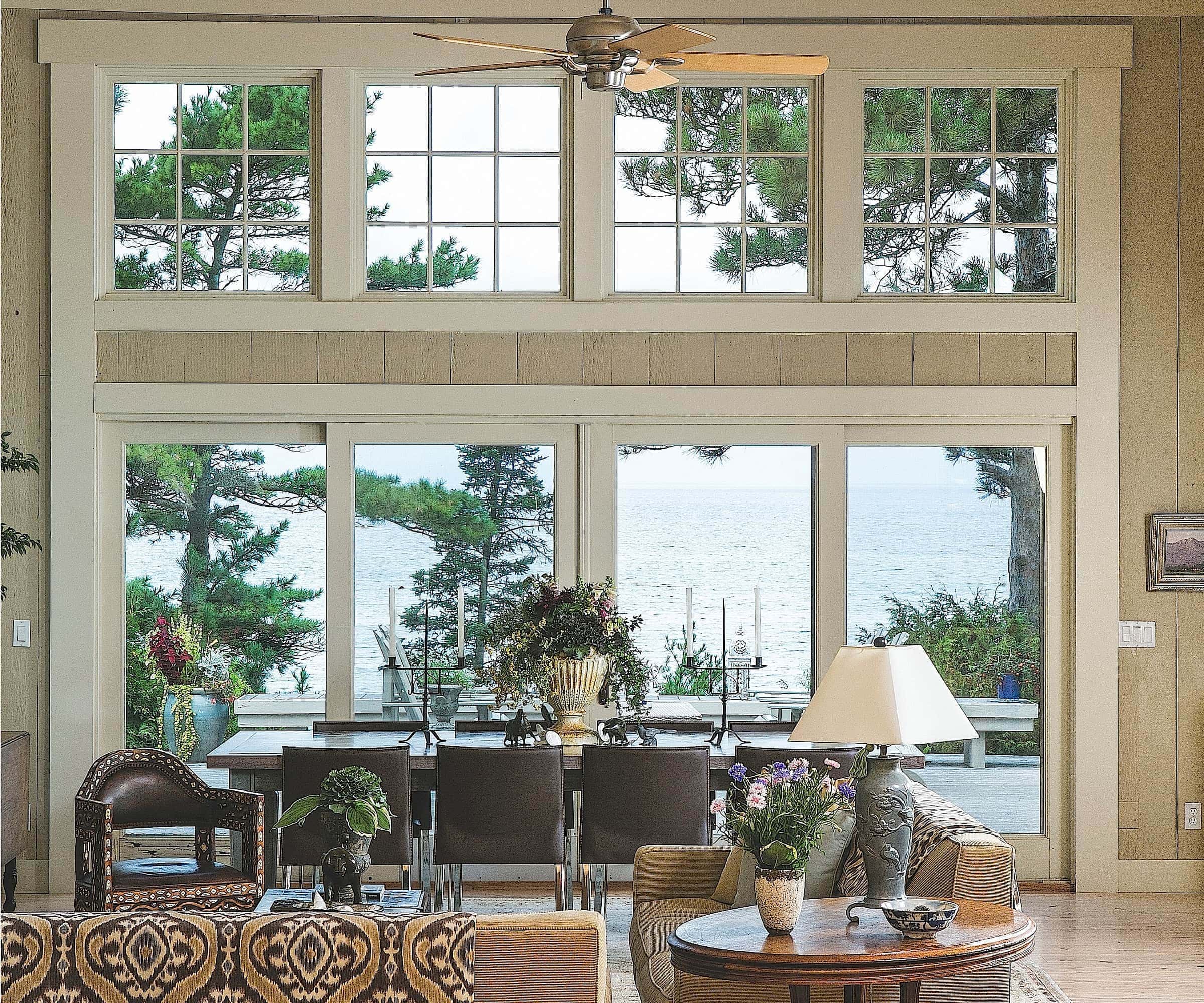 While Elizabeth kept the home’s pine flooring, she and Bernie stripped it and then painted it with a soft white wash. There’d been pine on the cathedral ceiling, too, but they removed that, replacing it with poplar also painted with a gauzy white wash. Here again, she says, the idea was to break down the feeling of an interior: “Softening, softening … losing anything that would detract from what is outside the windows.”

In the kitchen, Elizabeth continued her mission of streamlining, letting in light (adding a window and a glass door) and removing anything that felt like an obstacle—a feat that included replacing hanging cupboards with two clean-lined, built-in vertical storage cabinets of her design. “I wanted to be as economical as possible when adding any element that enclosed space, she says.

Additionally, Elizabeth removed a peninsula that intruded into the kitchen’s new flow. To make up for that loss of workspace, she designed a stainless counter to fit into the alcove between the cabinets. Elizabeth loves the way metallic surfaces, stainless included, reflect light and the views of the trees and sky through the windows—which is why a metal sheet imprinted with diamond shapes caught her eye on eBay. While it turns out the sheet was actually meant for the back exterior panel of a semi, Elizabeth used it as a functional and innovative design statement for a kitchen back splash. 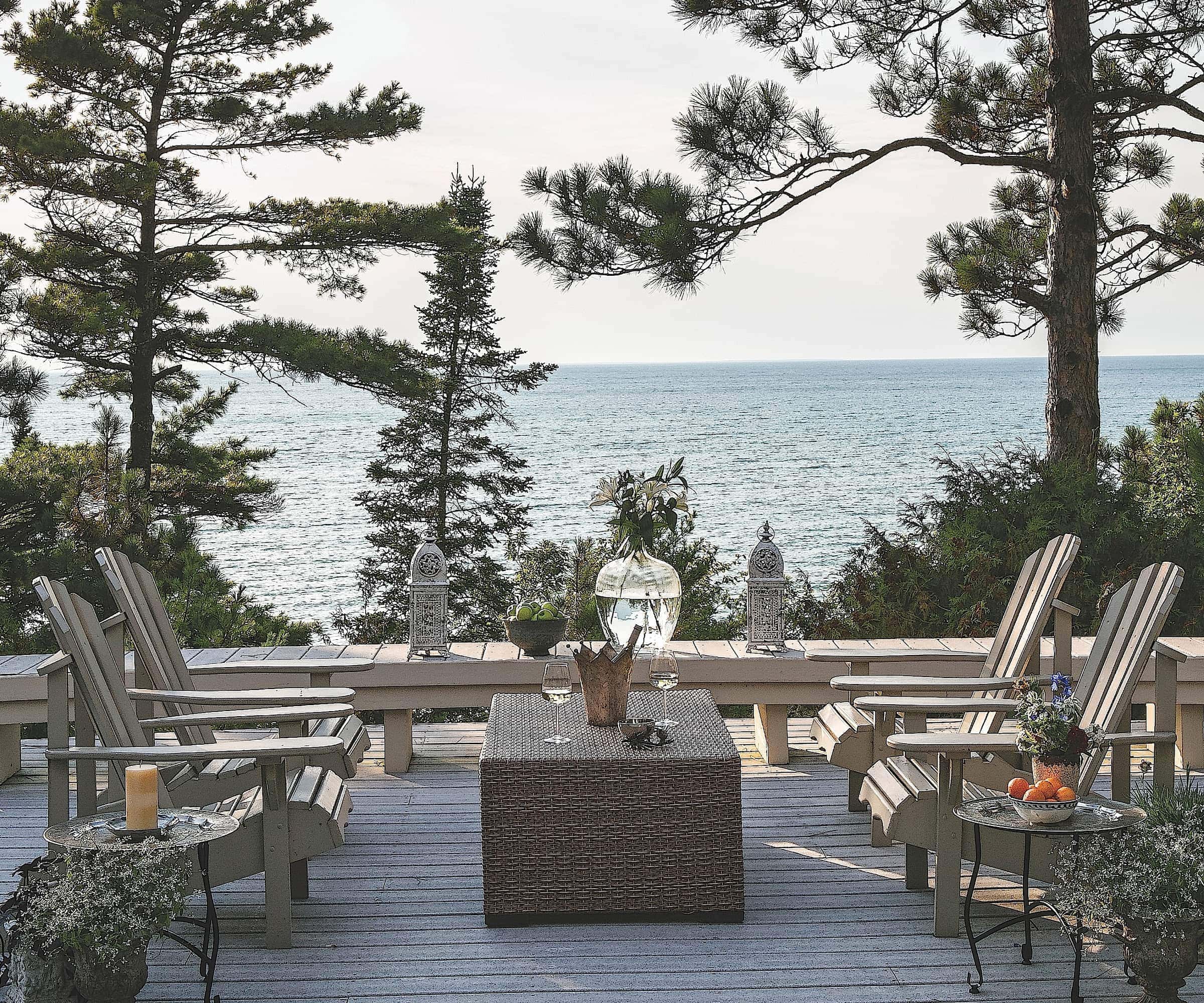 In artists’ parlance, Elizabeth had prepared her canvas and set her background. Now she was ready to add the furnishings and other décor elements—much of which she’d collected from her travels in Morocco, China and France. To that end, she pulled on her artist training as well. “I bring the same sensibilities to interior arrangements that I do to composing still life paintings. How the objects interrelate is key—from the biggest to the smallest element, like a tiny little Foo dog [figurine] I found in China.”

In the design process, Elizabeth says, she measured pieces that she knew she wanted in her home and created places for them. “It was a compromise between my love for big windows and the art and objects that I covet,” she says. “Both are beautiful; both are artful. It was about how do you make a space where each cohabits nicely and holds its own power?”

See the entire photo spread in the June 2013 issue of Northern Home & Cottage. Get your copy today!
X
X