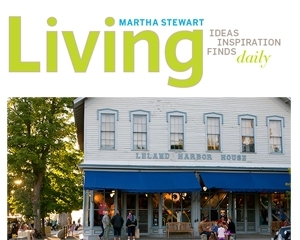 Leland local, Nels Carlson, owner of Carlson's Fishery is also showcased for his tranditional fishery claiming, "It's why people come back."  The fishery, which was established in 1904, is one the many Northern Michigan businesses that are spotlighted.  It's great to see that Martha Stewart Living was able to get a taste of some of Northern Michgan's finest.  To read more about the qualities that make Leland and the Leelanau Pensinsula a must-visit, visit Leland's Michigan Chamber of Commerce.

Are you ready to vacation in Leelanau now?  Check out the MyNorth Leelanau Vacation Guide.
X
X