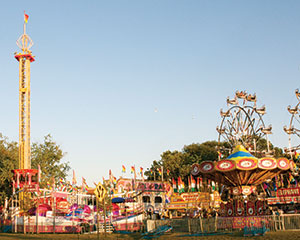 July 30 – August 4: Brainchild of filmmaker and Traverse City transplant Michael Moore, this film fest has grown to be one of the largest festivals in the Midwest in less than a decade. With its motto, “Just Great Movies,” the emphasis is on exemplary independent, foreign and documentary films—but there are also other events, including parties, workshops and panel discussions with writers, actors, directors and other industry pros. Don’t miss the nightly free movies at the Open Space waterfront park, where classic flicks are projected on a giant inflatable screen overlooking Grand Traverse Bay. 231.392.1134, TRAVERSECITYFILMFEST.ORG.