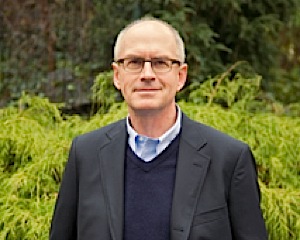 Northern Michigan Events: You owe it to Boston to read Nathaniel Philbrick’s new book Bunker Hill: A City, A Siege, A Revolution. I was about halfway through the book when the Boston Marathon bombing occurred. Suddenly the city and the events that took place in Boston in 1775 took on an entirely new meaning. Already deep into this riveting narrative, in awe of the resilient citizens of this great city and their innate desire for freedom, I finished the rest of the book quickly that week and came away with renewed understanding of what "Boston Strong" actually meant. This is arguably Philbrick’s best book with a page-turning narrative that is strengthened by insightful research. Philbrick masterfully portrays the sometimes-flawed motivations and aspirations of both hardcore patriots and loyalists as everyday heroes emerge throughout the pages of Bunker Hill—much like the first responders who turned in the direction of chaos on another fateful April day in Boston.

Nathaniel Philbrick is a National Book Award winner, Pulitzer Prize finalist, New York Times bestseller, and champion sailor. He is the next author coming to Traverse City's Opera House for the National Writers Series on Tuesday, May 14.

Q. On the day that Bunker Hill went on sale in bookstores, you penned an eloquent and heartfelt acknowledgment of the Boston bombing. You also launched your book tour in Boston. How have your Boston readers responded?

A. So far the readers have been very enthusiastic. If there is a hero in my book, it’s the city of Boston, and the one thing I've learned after researching and writing Bunker Hill is that Bostonians have always been resilient and ever mindful of their past.

Q. Where does the battle of Bunker Hill rank in the great battles on American soil?

A. I think Bunker Hill is right up there as a pivotal turning point in American history. It’s when a rebellion born in the streets of Boston became a full-scale war. It was not only the first pitched battle of the Revolution, it was, statistically speaking, the bloodiest. It was also a kind of gruesome spectator event as the citizens of Boston watched the battle unfold on the Charlestown peninsula from the roofs of their houses.

Q. Joseph Warren emerges as a central figure in the book. I found him somewhat flawed as well as heroic. Do you agree that he is flawed?

All figures from the past–including even George Washington–had their flaws. Warren could be overly emotional and impulsive, but those characteristics were needed during the 60 days between Lexington and Concord and Bunker Hill. Events were unfolding at such a high speed and the Provincial forces were so disorganized that the Americans desperately needed someone with the charisma and energy to hold all of it together, and that’s what Warren did. It was messy and sometimes ugly, but without Warren as both a political and military presence, it might have all fallen apart.

Q. You conducted some of your research efforts for Bunker Hill at the Clements Library at University of Michigan in Ann Arbor. What work did you do there?

A. The Clements Library has an incredible Revolutionary War collection. Not only do they have the papers of Thomas Gage and Henry Clinton, they’ve got a treasure trove of other documents related to the period. I spent most of my time with the Gage collection, working my way through his correspondence as events led to Lexington and Concord.

Q. There has been some movie chatter about Ben Affleck and Bunker Hill as well as Ron Howard and In the Heart of the Sea. Any update on these projects?

A. In the Heart of the Sea is looking like it actually might be a movie, which is really exciting.  I have the greatest respect for Ron Howard and the movies he’s made.  Same goes for Ben Affleck, who obviously has a deep knowledge of the city of Boston.

Q. Several of your books have Young Adult editions. Do you have any advice to parents on how to get kids interested in history in this digital age?

A. Given all the distractions we now have, I think reading a book is especially important since it teaches a kid how to focus on one and one thing only. I think it’s best if a kid has the chance to finish reading a book about a specific historical event or period before he or she goes to the digital bells and whistles. Trying to mix the two doesn’t allow the child to experience the magic of entering a past world imaginatively, which is a lot different from watching a video, as informative as it may be, on YouTube.

Q. Your love and admiration for Herman Melville and Moby-Dick is well documented. What is it about Moby-Dick that captivates you and who are a few of your other "go-to” authors? How bout musicians and artists?

A. Moby-Dick is not just a novel, it’s a compendium of truly biblical proportions that contains so much of the cultural and literary essence of America. Every time I pick it up, I seem to discover something new. I’m a big fan of William Faulkner, who has taught me a lot about the uses of the past, and F. Scott Fitzgerald who has taught me a lot about the use of language. I grew up loving Neil Young and am currently a big fan of the group Drive-By Truckers as well as a former member of that band, Jason Isbell. When it comes to art, give me anything painted by Winslow Homer or Edward Hopper.

Q. Many of your books are centered around water. Even in The Last Stand, a book about George Armstrong Custer, you began the story with a boat on the Missouri River. What draws a individual who grew up in Pittsburgh to stories of the sea?

A. When I was a kid we’d spend a week or so of every summer at my grandparents’ house on Cape Cod, and that’s where I got the sailing bug. About an hour outside of Pittsburgh was a man-made lake at Moraine State Park, and that’s where my brother and I spent much of our teenage years racing Sunfish.

Q. Have you ever had the opportunity to sail in the waters of Northern Michigan?

A. When our son Ethan was in high school he spent two summers playing the cello at Interlochen. My wife and I would take turns going up to Traverse City to visit him, and there was one time when Ethan and I took out a jet ski. So far, that’s the closest I've gotten to sailing in Northern Michigan.

Nathaniel Philbrick will be at the Traverse City Opera House on Tuesday, May 14. He will be joined on stage by special guest host Rich Fahle, founder and CEO of Astral Road Media and Bibliostar.RV. For ticket pricing and information, visit whartoncenter.com!