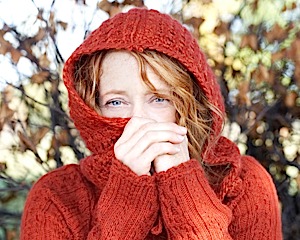 Northern Michigan Music: What do you do when you’ve been on the scene making music for 25 years?

If you’re Patty Larkin, you ask a bunch of friends to help you re-record some of your favorite material from that quarter century.

The result is 25, which became an even more expansive project than Larkin dared hope when she first conceived it. “I wanted to do something special,” Larkin said.

She regularly received requests for solo acoustic versions of many of her fans’ favorite songs, so she asked a few friends to join her in singing some of those songs.

“I asked five or six people, and at some point it grew to about 13,” she said. And then it kept on growing, as everyone she contacted said they’d love to join in the fun. It eventually became a collection  of 25 songs with 25 guest artists. Larkin was joined by Mary Chapin Carpenter, Rosanne Cash, Martin Sexton, Suzanne Vega, Bruce Cockburn, Chris Smither, Shawn Colvin and more. “It was musically exciting for me,” said Larkin.

Critics agreed, with the All Music Guide saying the recording transcends mere nostalgia because Larkin writes exceptional love songs. Folk & Acoustic Music Exchange says, “Even those familiar with everything in this cornucopia will have reason to rush out and buy 25; those uninitiated will very quickly join the ranks of the devotees.”

Then again, Larkin should be used to such accolades. Acoustic Guitar hails her “soundscape experiments.” Rolling Stone praises her “evocative sonic shading.” She’s been described as “riveting” (Chicago Tribune), “hypnotic” (Entertainment Weekly) and a “drop-dead brilliant” performer by Performing Songwriter.

Larkin’s performance at Freshwater Art Gallery in Boyne City will include nuggets from her past recordings, such as those on 25. She may also include some material she’s recording for her upcoming studio album.“It’s all new songs,” she said, mentioning a dream suite about the process that is life and moving on, whatever the challenges that lie ahead.

Larkin’s music is generally folk-based, and is often categorized as part of the urban-folk/pop that spun off of the singer/songwriter explosion of the seventies, reinterpreting traditional folk melodies, rock, pop, even bossa nova.She herself describes it as a little more rock than others might, even ascribing an alt-folk vibe to some of the material. “I play electric guitar as well as acoustic,” she noted. “I do some looping – it’s a little edgier, guitar-based (music).”

Larkin says her own tastes are catholic, as she listens to everything from Bjork and Beck to Annie Lennox and Prince, James Taylor and Ry Cooder.“I’m listening to Wilco, and Richard Thompson is a huge influence,” she said.

But when it comes to writing, “I always go back to Bob Dylan. It’s always about the words, his words and his delivery,” she said.

Though she’s now based in Boston, Larkin was born and grew up in Wisconsin, and is looking forward to a return to the region. “It’s fun to get back there. I grew up in Milwaukee, and I don’t get up there enough. I’ve played at Blissfest and at Interlochen, but I really enjoy smaller venues. They’re more personal.”