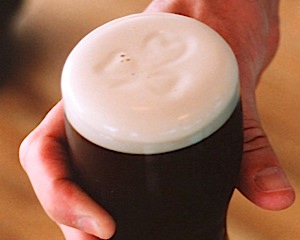 Northern Michigan Microbrews: It takes great water to make great beer, so the Natural Resources Defense Council is teaming up with nearly two dozen nationally-respected craft brewers to launch a campaign today advocating for strong clean water policies. The craft brewing industry—makers of beloved brews, small business entrepreneurs and water quality experts—has a lot to say about maintaining high standards under the federal Clean Water Act. The new “Brewers for Clean Water” campaign will help translate the amazing economic growth of the craft brewing sector into a powerful voice on behalf of clean water in the United States.

“Whether brewers are creating ales, pilsners, porters, wits, or stouts, one ingredient must go into every batch: clean water,” said NRDC Water Program Senior Policy Analyst Karen Hobbs. “Craft brewers need clean water to make great beer. This campaign is all about amplifying their voices in support of the most important protection for their most important ingredient, the Clean Water Act.”

Few industries depend on clean water as much as craft brewers.  While hops and malt can be sourced elsewhere, breweries are reliant on their local water supplies. Whether drawn from lakes, rivers, groundwater or a local water system, breweries rely on the protections of the Clean Water Act to ensure the quality and availability of their main ingredient (beer is 90% water).

In recent years, attempts to roll back Clean Water Act protections have endangered not just the most important ingredient for craft beer, but also public health and resources for a wide range of industries. In joining the campaign, the brewers have taken NRDC’s “Clean Water Pledge,” acknowledging the importance of clean water and clean water safeguards. These issues are all the more important today, with the public awaiting improved Clean Water Act protections for American streams, wetlands and headwaters (which have a significant impact on larger water sources downstream).  These reforms are due soon in Washington, DC.

The reach of the craft brewing industry has grown immensely in recent years. With more breweries than any other time in American history, the multi-billion dollar industry brings a compelling business voice to clean water issues. Seen as rock stars responsible for beloved brews in some circles and local employers in others, craft brewers are closely tied to their communities with a very real understanding of the impacts bad policy can have on regional water sources. While the participants in the growing “Brewers for Clean Water” campaign include brewing operations large and small, all have demonstrated a commitment to sustainability in their operations and beer development.

“The Brewers for Clean Water campaign is a beautiful thing because it allows something so simple as a glass of beer to be a speaking point for the importance of water,” said Ian Hughes, Environmental and Safety Coordinator for Goose Island Beer Company.

"Being surrounded by the Great Lakes here in Michigan, water is something that we've always cherished, and we never take it for granted," said Dave Engbers, co-founder and vice president of brand and education for Founders Brewing Company. "Water is life—nothing exists without water."

“As we continue to see the craft beer segment grow, we as brewers owe it to the communities we live,  work and play in to be mindful of protecting our waterways as we strive for growth that is environmentally and socially responsible now and down the road," said Mat Trogner, New Media Designer at Allagash Brewing Company.

Check out all the microbrews in Northern Michigan with our online Dining Guide!
X
X