Maple Syrup Tips: When to Tap, Best Trees to Tap and How to Tap 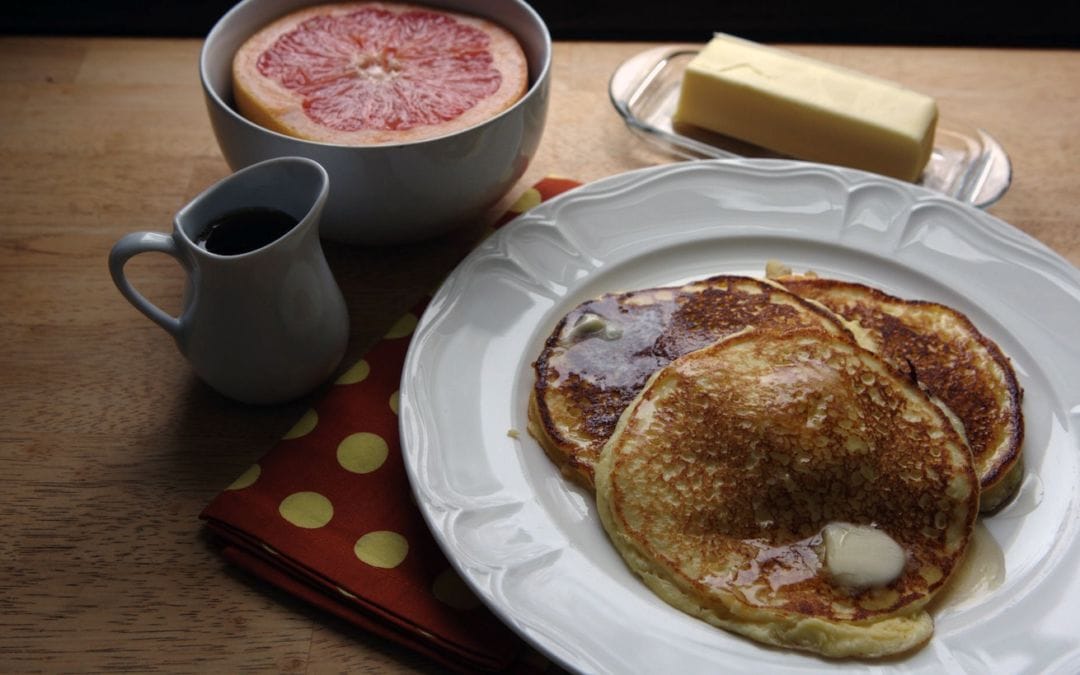 Fluffy and angelic, the best meal-time call around, it’s the smell of buttermilk pancakes and maple syrup. Here in Northern Michigan, we’re all about breakfasts hot off the griddle. We like pancakes. And we like to tap into our regional resources (see where we’re going?).

We caught up with Michigan State University’s Kellogg Forester Greg Kowalewski for tips on maple tapping. From choosing the tree to storing the goods, he sheds light on all our maple mysteries this season. Check out Greg’s did-you-know facts in this guide to backyard maple syrup!

Did you know?
In the fall, trees use photosynthesis to store complex sugars in their roots for spring. Those enzymes break up into simple elements that make the sap.

For best tapping, look for maples that have an open spreading crown with large, strong branches. These are often found as lone trees in the open, in a row along a fence or road, or in a woodlot managed for syrup production. The tree should be at least 10 inches in diameter at chest height before you consider tapping it. This translates to a tree that is roughly 40 years old. At this diameter, the tree can support a single tap. Each tap will typically produce 10 gallons of sap for a final yield of one quart of syrup. As tree diameter increases, additional taps can be added at the rate of one additional tap for every additional 6 to 8 inches of trunk diameter. No more than three taps should be placed in any single tree.

Did you know?
Sugar maples and black maples are the most ideal for syrup tapping. Red maples have a lower sugar content, meaning more is needed for syrup production.

Make a hole in the tree. The diameter of the hole should be about 5/16″ wide and 3″ deep. To set your tap, firmly hammer it into the hole with one or two sharp blows. Don’t push it in too hard or too deep. This will split the surrounding bark, and the hole will leak. It is best to set the taps just as the active sap run is starting, but the weather, fickle as it is, may produce a few on again-off again days. This is all right. If you notice poor flow from a few taps, reset them in a different location on the tree. Lightly tap the spout in until it sits snuggly in the tree. Hang the collection jugs on the spout. Collect sap every day and strain it through the filter.

Did you know?
The seasonal pressure differences along with temperature fluctuations cause the sap to ooze naturally.

Boiling should be done outdoors, otherwise, you’ll get a whole lot of sticky condensation on walls and windows inside. We suggest a cinderblock and grill grate over a backyard bonfire. Save just the final finishing for the kitchen stove.

Before you begin boiling your sap, determine the temperature water boils (it varies according to elevation and weather patterns) by filling a pan with water and bringing it to a vigorous boil. Insert the candy thermometer in the center of the pan (not touching the bottom or the sides) and jot down the temperature. Your sap will be syrup when it reaches that temperature plus 7.1 degrees Fahrenheit.

Fill your sap/syrup pan to a couple inches from the top and bring to a boil. Scrape off any foam that forms at the top. Keep adding sap as it evaporates. Keep at least 1.5 inches of liquid in the pan at all times, and lower the heat a bit as sap turns to syrup so it doesn’t scorch. When all your sap is added and the temperature reaches the boiling point of water plus 7.1 degrees, your syrup is finished. It will take about 10 gallons of sap to make 1 quart of syrup. Filter the hot syrup into a clean container. Ladle or pour hot syrup (185 degrees if you plan on storing them unrefrigerated) into the jars, seal the lids and turn them upside down for a few minutes.

Did you know?
Because it is pure sugar, fresh maple syrup does not freeze readily. If it’s canned it’ll keep well over a year.

How Should the Sap Look? And When Do you Pull Your Taps?

Early sap will run clear. As the run progresses, you may notice the sap starting to yellow. This is a sign that daytime temperatures are approaching 50°F and the tree is preparing to bud—time to pull your taps!

Did you know?
When the buds break, sap begins to smell like sulfur and taste similar to motor oil. If sap begins to look cloudy, this is an indication of bacteria growth and should not be used for syrup.

Check out this video about how to make maple syrup in your backyard!