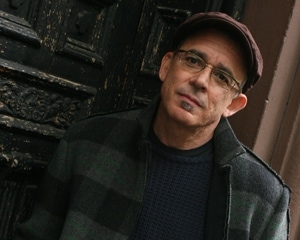 Traverse City Events: The Dennos Museum Center at Northwestern Michigan College will present singer /songwriter Kenny White Friday, January 18, 2013 at 8 PM in Milliken Auditorium. Tickets are $25 in advance, $28 at the door, $22 for Museum Members plus a $2 processing fee.

“Kenny White opened for Judy Collins at the Dennos in June of 2012 and brought the house down,” says Gene Jenneman, Executive Director of the Dennos, “after hearing him that night and the audience’s reaction to him, I knew he would have to be part of the upcoming concert season.”

Kenny has driven a long and interesting road. At eight years old, upon being asked whether he’d practiced this week’s piano lesson, Kenny remarked, “yeah…but HERE’S what I wrote.” Now a noted producer, songwriter and pianist, he has worked with such notables as Keith Richards, James Taylor, Emmylou Harris and many more. His songs are filled with mature, contemplative, insightful, poignant, imaginative and hilarious lyrics that will have you laughing throughout the performance.