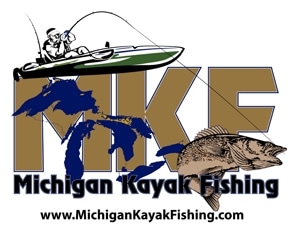 Northern Michigan Fishing: The largest and most prestigious, yet brutal 10 month 2012 Kayak Wars Tournament ended December 14th on an impressive note for Team MKF (short for Michigan Kayak Fishing). Team MKF; Dan Dalton, Lucian Gizel, Craig Hefner and Dan Marshall crushed the North Central Division with a 9,765 point lead. They then went on to take the 2012 National 1st Place Fresh Water Division with a total of 13,575 points. The final results are posted on the Kayak Wars Website.

Team MKF’s win was a tremendous achievement for several reasons. Before the competition even began the team had their share of disadvantages. They lost one teammate to injury and surgery, leaving only four to compete against the five-person opposing teams. On top of that, these particular Michigan Kayak Fishing members had never competed together as a team.

The stiffest competition for Team MKF was a team from Texas. When the Michigan team was breaking ice to fish, the Texans were fishing in shorts. In November and December Team MKF had to deal with bulky gloves, heavy winter coats and de-icing their rod guides. While the icy cold weather did greatly affect their daily catch ratio, Team MKF still ran away with a win!