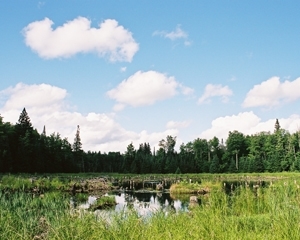 “Leelanau Conservancy and Grand Traverse Regional Land Conservancy have done amazing work demonstrating to Congress the critical importance of land conservation to the economic, cultural and environmental health of communities nationwide,” said Rand Wentworth, president of the Land Trust Alliance. “We presented this award to these two conservancies for their heroic work providing their communities with clean water, and protecting the farmland and other natural resources that make their part of the country so special.”

Farmland preservation is a key strategy for economic development in Northwest Lower Michigan, where the two conservancies operate. Agriculture contributes as much as $97.7 million annually to the local economy in the form of agricultural products sold. It employs more than 2,000 farm proprietors with net farm earnings of $6.6 million and more than 3,000 workers with a total payroll of $12.8 million.

Working closely together, the Leelanau Conservancy and the Grand Traverse Regional Land Conservancy have pioneered new approaches to farmland preservation and working forest conservation in their five-county region.

“This award from the Alliance is particularly meaningful to both of our land conservancies, in large part because it honors the close collaboration, sharing, and flow of ideas that has allowed us to be innovators in protecting what matters most to our members, the nurturing of a regional economy that is based on sustainable farming, forestry, and tourism.  We are proving what Teddy Roosevelt observed so long ago- ‘There is nothing more practical than the preservation of beauty,’” said Brian Price, executive director of Leelanau Conservancy.

Glen Chown, executive director of Grand Traverse Regional Land Conservancy, said “This honor recognizes the significance of the innovative land protection work of our two conservancies – including and perhaps especially our joint farmland preservation efforts. Sharing the impact that farmland preservation has on our land-based economy helped to inform and increase bi-partisan Congressional support for the permanent protection of working lands. I am proud of the role our two organizations have played in helping to achieve that positive outcome – one that bodes well for our future.”

Bills to make permanent enhanced incentives that make saving land more affordable for landowners who are working the land now have an impressive 310 co-sponsors in the House, including majorities of both Democrats and Republicans – more co-sponsors than for any other tax bill in Congress.

Learn more about the Leelanau Conservancy and the Grand Traverse Regional Land Conservancy.

MyNorth.com–Everything you need to know about Northern Michigan.
X
X