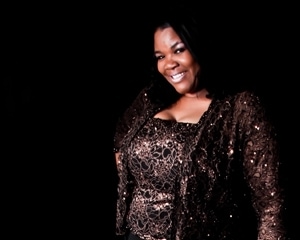 Nora Jean was named one of the ten great women of Chicago blues. Like so many blues greats that hail from the Delta of Mississippi, Nora Jean Wallace was born and raised in Greenwood, a town in the heart of this blues-rich region. From birth her father, Bobby Lee Wallace, a professional blues singer and sharecropper, and her Uncle, Henry "Son" Wallace, a blues singer and guitar player, infused the blues in her soul. Also contributing to her musical education was her mother, Ida Lee Wallace, a gospel singer, and her grandmother, Mary, who ran a juke house.

As a child Nora would sneak down to her grandmother's place on Friday and Saturday nights and listen to her relatives sing blues classics. It was during these years that Nora developed a love for the music of Howlin' Wolf that has continued to the present day. With a heritage like that you could say that Nora Jean Wallace was born to sing the blues.

Koko Taylor has said of her, "Nora Jean sounds just like I did when I was her age. She is one of the new up and coming women that's singing the real blues. I know she is going to make it,” and Jimmy Dawkins says "Nora Jean is the greatest female blues vocalist of her generation. She may very well become the next Queen of the Blues."

Concert goers at her performance will have the opportunity to hear and make that judgment for themselves as she and her five piece blues band join her on the Milliken Auditorium stage.

This concert season is made possible at the Dennos Museum Center with support from the Begonia Foundation, the Robert T and Ruth Haidt Trust, and the Osterlin Performance Endowment with media support from WNMC 90.7 and TV 29&8. Housing for the performers is provided by the Cambria Suites and Days Inn.