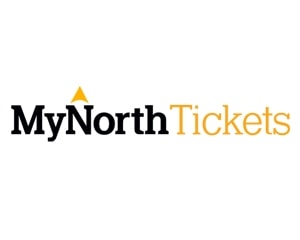 Wiley and The Hairy Man

Wiley’s sure the Hairy Man is near, and he would rather hide, but he has to the swamp to build a doghouse! Mammy won’t put up with that, and she arms Wiley with charms to keep him safe and help him get rid of the Hairy Man. Adapted from the traditional southern folktale, this rhyming play will be a big hit with children ages five and up.

Music and lyrics by Irving Berlin and book by David Ives and Paul Blake. Based on the beloved, timeless movie classic made popular by Bing Crosby, Danny Kaye, and Rosemary Clooney.

Studio Theatre at the Depot

The ten stories of The Good Doctor are built on the basics of human emotion – love, aging, youth, pride, pain and insecurity.  Neil Simon channeling Chekhov might seem to be the original Odd Couple, but the 20th-century playwright adopts the style of the 19th-century Russian's short stories to create lots of humor – alongside irony, poignancy and a few surprise twists.

For tickets to any of these shows, click the Buy Tickets Now button below!
X
X