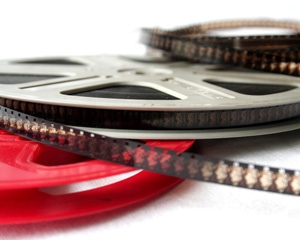 Frankfort, Michigan is the biggest “small town” in Benzie County, located along M-22, a picturesque and well-known color tour route in Northern Michigan. In addition to the Frankfort Film Festival, visitors can also explore fall color along the Lake Michigan shoreline, climb the Sleeping Bear Dunes, stay in charming lodging locations, discover art galleries, wineries and quaint dining establishments. Guests to Benzie County will experience for themselves why this Northern Michigan location was voted "The Most Beautiful Place in America" by ABC’s Good Morning America viewers.

Passes for the four-day film festival are $60 per person and may be purchased starting October 1st at frankfortgardentheater.com. Individual film showings can also be purchased for $10 per person, available one hour prior to each film showing.  An Audience Award for “best film” will be voted on by attendees of the Frankfort Film Festival.

There are numerous choices for lodging in Benzie County from resorts to cabins on the lake. Visitors who book two or more consecutive nights at one of many participating lodging locations in Benzie County can sign up for a special package on the website called “Passport to Fun,” which includes free or special rate restaurant, sightseeing, kayak and golfing opportunities, and much more. See visitbenzie.com for more information.