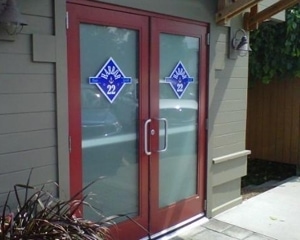 A graduate of the Great Lakes Culinary Institute in Traverse City, Chef Ryan is the former Sous Chef at Lulu's Bistro in Bellaire Michigan and has trained under Chef Michael Peterson and Chef Henry Bisson for four years. Chef Ryan was an integral part of the Lulu's Bistro team when they earned ''Best Gourmet Restaurant'' in Antrim County in 2010 by readers of Northern Express.  He is passionate for local sustainable foods, and everything the Northern Michigan region has to offer. His style is farm-to-table cooking and creating dishes that reflect cultures all over the world. He enjoys mentoring, educating and teaching young chefs and food lovers.

"We are excited about bringing Chef Ryan to Harbor 22 because he will help us implement the original vision for the restaurant. His food will be simple, beautiful and delicious, will be locally resourced and inspired by everything the Great Lakes has to offer," says Ian Simpson, general manager of Harbor 22.

Ian's mother and Harbor 22 owner Karen Simpson elaborates, sharing that Chef Ryan has "already made an impact on the menu and will introduce his signature dish next week, his buttermilk brined, fried chicken.  Harbor 22 will promote the chicken on Sunday nights and serve it family style starting in October.  Ryan is excited to run his own kitchen and create his own menu.  He is passionate about cooking and the abundance of great local food.  The menu will reflect the bounty of the seasons in Northern Michigan."

Learn more about one of Traverse City's newest restaurants by visiting the Harbor 22 website.