Traverse City Events: Food Rescue in SwingShift and the Stars 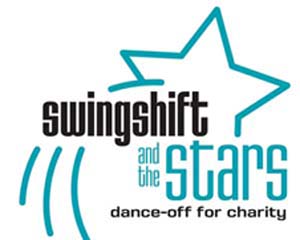 Traverse City Events: Food Rescue and Homer Nye Featured in the 5th Annual SwingShift and the Stars  Dance-Off for Charity!

Food Rescue is proud to announce that we will be showcased in the 5th anniversary SwingShift and the Stars dance-off for charity event.  Food Rescue is a unique nonprofit with a one-of-a -kind dancer representing us; Reverend Homer Nye – Food Rescue co-founder. He has been paired with a rising star in our community: Jennifer Halstead of Keller William, Lakeside Properties Realty.

“We are honored to be a part of SwingShift and the Stars, it is a wonderful fundraiser that will broaden awareness and spread the word about the outstanding work that Food Rescue accomplishes.  We look forward to everyone’s involvement,” said Goodwill CEO, Cecil McNally.

SwingShift and the Stars is a dance competition between six different nonprofits. Each nonprofit is represented by a community member, who is then paired up with a professional dancer. The couple will compete in four dance events, beginning in September.  The events are open to the public and we need as many Food Rescue supporters there as possible.  SwingShift is a fundraiser and the people in the audience have the opportunity to vote for Homer and Jennifer, as well as Food Rescue. The minimum vote is $5, however everyone is encouraged to donate as much as they would like!  Come support us at the 5th anniversary SwingShift and the Stars dance-off for charity event! Remember to, “Vote for Homer Nye, He’s the Apple of Our Eye!”. Competition dates:

Wait! Homer and Jennifer Aren't the Only Ones Dancing in SwingShift! Click Here to Read Kelly Ignace's Blog on What It's Like to Dance for the Charitable Organization Single MOMM.