Northern Michigan Musicians and Bands Taking to the Stage 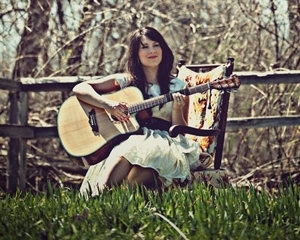 Northern Michigan is a hub of local talent. From the larger stages of Interlochen and City Opera House to intimate venues in Petoskey and Traverse City restaurants and bars, there are dozens of local bands making music waves. We shine the light on three bands and musicians you've gotta go see.

You’ll find this indie band performing at events like the Traverse City Wine & Art Festival and in smaller villages like Elberta. The Naughty Neighbors, made up of friends who have been “jamming together casually for years” stays away from “the overplayed and overrated mainstream music scene” and instead focuses on eclectic and relatively obscure music. Original works are inspired by a wide variety of musical backgrounds and influences. reverbnation.com/thenaughtyneighbors420.

Described as “two parts soul, one part Motown, a dash of alternative, and a pinch of folk,” Crawford is a talented singer-songwriter who often plays Up North venues with band Medicinal Groove. “Take Heart” is her debut offering, a soul record with a gospel message. She’s at work on her second album. reverbnation.com/samanthacrawford.

Folk singer-songwriter Rae—based in Ann Arbor, originally from Northern Michigan—has been singing, touring and recording since 2004, garnering national attention when she played at the opening of an airline terminal at JFK International Airport. She’s also been interviewed by MTV.com and has shared the stage with Sarah McLachlan and Miranda Lambert at Lilith Fair in Detroit. Latest album: Drowning in Grain. This fall she’ll perform around the region as well as in Chicago and on the East Coast. Upcoming gigs: artistdata.sonicbids.com/jetty-rae/shows/.