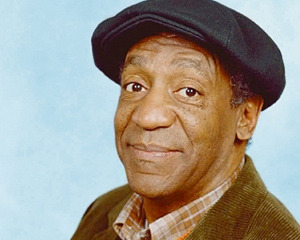 Northern Michigan Events: Bill Cosby. The name alone conjures up images in the mind’s eye, of the Huxtable family, of woebegone PE teacher Chet Kincaid. Of Fat Albert and Cosby’s brother Russell, of the reasons for the existence of air – you know, footballs, basketballs, volleyballs.

These days, the image is one of an older gentleman seated in a chair, telling tales of being put-upon. Kind of a cantankerous, occasionally even grumpy guy. That’s what we’ll likely see onstage at Interlochen on Saturday, Sept. 15. But while all that’s a part of Bill Cosby, there’s an important part missing. The part you get in a conversation, the philosopher/teacher/jazz enthusiast.

“There have been happier times,” he said in a recent phone interview. “As an individual can I control war? As entertainers, we feel we’ve done something because there are pieces we perform that we’re happy to share and give. Laughter is very, very healthy.”

At 75 years of age, it’s clear Cosby hasn’t lost a thing. He’s earned the right to be reflective, to be philosophical. And he still cracks people up when he's on stage. “People enjoy being entertained,” he said, and Cosby certainly does that. His routines from the 60s made him one of the biggest comedy stars on the planet and won him six Grammy awards for best comedy album (he won a seventh in 1987). He also won Emmy awards for I Spy and The Bill Cosby Special, though astoundingly not for The Cosby Show.

To hear Cosby tell it, his success in comedy and in life stems from his continued maturation, his need to become more responsible. “It was divine intervention,” he said. “My life morphed with each step of my becoming more responsible. I’d hit rock bottom and began to realize it was time to walk around this brain. En route, I said, ‘This is a good message for others.’ Hence becoming a teacher.”

Like many of the plots on Cosby, his current routines are generally centered on some foible he’s experienced, such as hearing commercials about a reptile ex-function, which in his mind was about some event that happened millions of years ago.

But while his onstage cantankerousness makes for plenty of laughs, don’t think his old-person persona means he’s about to retire. "As grandpa said, ‘As long as I don’t make a mess of this I’ll be fine.’”      Cosby performs at Interlochen’s Kresge Auditorium at 7:30 p.m. Saturday, Sept. 15.

Cosby is not the only notable comic in the area this weekend. Lily Tomlin will be performing at the City Opera House in Traverse City. Too bad you can’t see them both, as she is also performing Saturday. Cosby himself is a great admirer of Tomlin’s work.      “I’ve gone out of my way maybe a half-dozen times to watch her show,” he said admiringly. “It’s not a person standing around, not a monologist, but a person who entertains with different personalities.”

When I suggested that her use of characters mirrors his, Cosby agrees. “We’re both storytellers,” he said.

Tomlin’s show at the City Opera House is sold out, though there may be some limited view tickets available.